'Over and over again ... he is the man who has been called on to help overthrow foreign governments'

Who is Elliott Abrams?

Elliott Abrams, 71, is a long-time U.S. foreign policy official with a storied — and highly-controversial — career.

Jon Schwarz, a senior writer with The Intercept, told Day 6 Abrams is "kind of one step down from Henry Kissinger in the U.S. foreign policy elite."

In January, the Trump administration appointed him to be special envoy for Venezuela.

Abrams accepted, saying, "This crisis in Venezuela is deep and difficult and dangerous, and I can't wait to get to work on it."

What is his new role in Venezuela going to be?

Abrams has been tasked with restoring democracy in the country, according to a statement by Secretary of State Michael Pompeo.

Venezuela has been in political turmoil since a contested election in 2017, and there are currently two presidents vying for power.

The Associated Press reported last week that Venezuelan officials say Abrams has had two meetings with Venezuela's foreign minister. According to those officials, the U.S. used those meetings to threaten sanctions and the deployment of troops to oust President Nicolas Maduro, who neither the U.S. nor Canada recognizes as legitimate.

Instead, the governments of Canada, the United States and other countries recognize opposition leader Juan Guaido as the country's lawful leader. 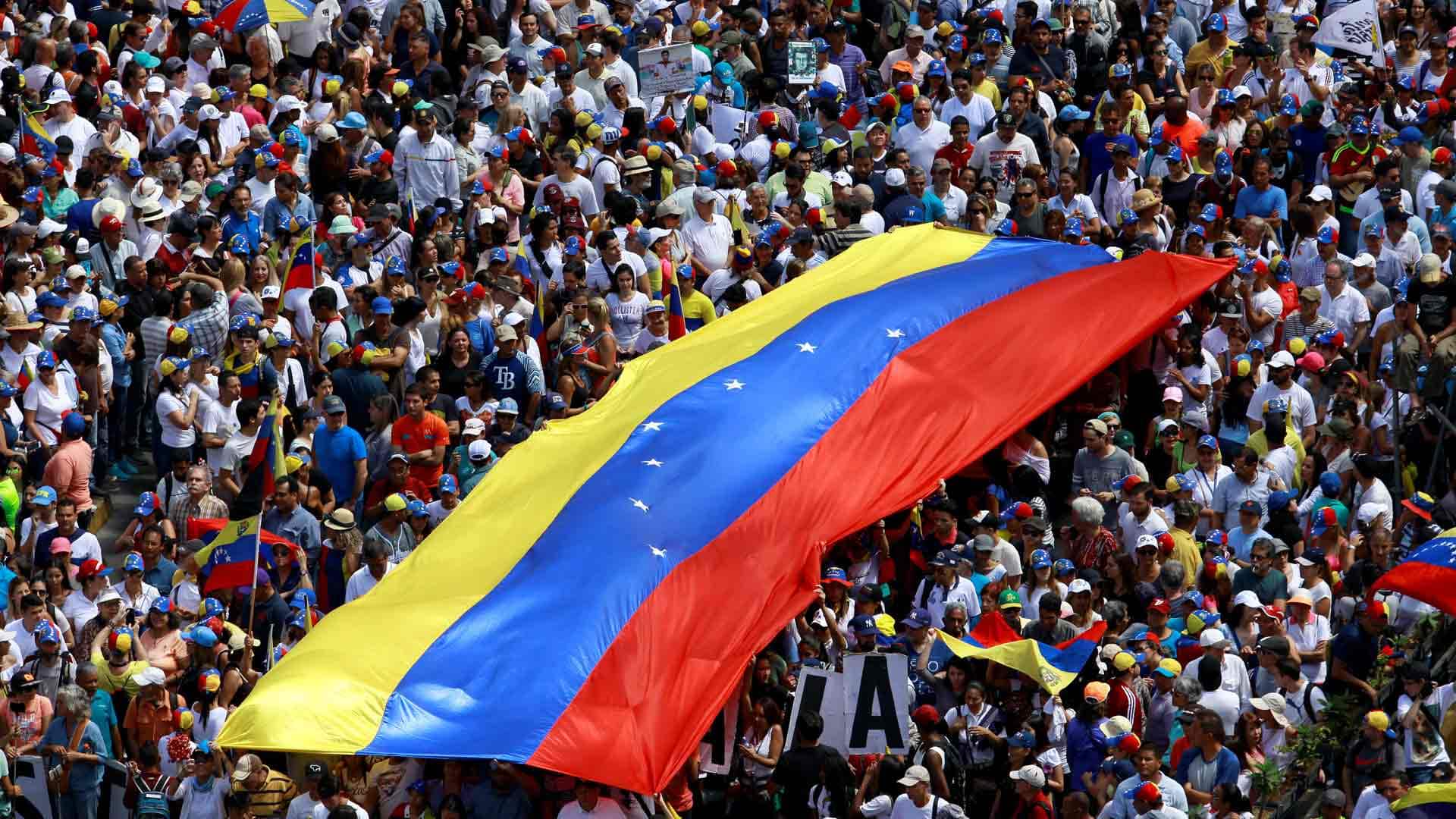 2 years agoVideo
4:54
Venezuela's opposition supporters rallied nationwide to keep the heat on embattled President Nicolas Maduro. At the same time, government supporters took to the streets in Caracas and other cities denouncing foreign intervention. Neither side is willing to back down. 4:54

Why are people concerned about Abrams' new job?

That's because Abrams has a history of involvement with rebellions in Latin America and strong public support for dictatorships. Critics like Schwarz have raised three examples: Nicaragua, El Salvador and Guatemala.

In 1991, Abrams pleaded guilty to two misdemeanor counts of illegally withholding information from Congress about secret, unlawful government efforts to aid right-wing Nicaraguan rebels in their fight against the left-wing Sandinista government. Abrams was later pardoned by President George Bush for his role in that scandal, which became known as the Iran-Contra affair.

In a Feb. 13 Foreign Affairs Committee hearing on Venezuela, new member of Congress Ilhan Omar questioned why, given how he lied to Congress in the '80s, the government should trust Abrams now.

She also criticized his 1982 dismissal of the El Mozote massacre, in which nearly 1,000 civilians were killed in an El Salvadorian village by military personnel the U.S. trained and equipped.

At the time, Abrams said reports of the massacre were left-wing propaganda. He has called the Reagan administration's work in El Salvador a "fabulous achievement."

Omar asked Abrams if he thought the massacre was a fabulous achievement and he declined to respond.

Omar also asked Abrams if he would "support an armed faction within Venezuela that engages in war crimes, crimes against humanity or genocide if you believed they were serving U.S. interests, as you did in Guatemala, El Salvador and Nicaragua?"

During Abrams' tenure with the Reagan administration, the U.S. supported Guatemalan General Efraín Ríos Montt — who was convicted of genocide in 2013 — despite knowing he had killed his own people.

"Over and over and over again in his career he is the man who has been called on to help overthrow foreign governments. He has always done it under a rhetoric of democracy and human rights," Schwarz said.

"His role was to downplay the unbelievable barbarism, support the people who were carrying out these incredible atrocities trying to make sure that they didn't face the consequences," he added.

People often call Abrams neo-conservative. In the 1990s, he led a Judeo-Christian think tank focused on applying those religious values to foreign policy.

Prior to his 1985 appointment as head of the State Department's Latin America bureau, Abrams reportedly said his worldview was based on the premise that the world was "an exceedingly dangerous place."

He has been avowedly anti-communist, reportedly calling the Soviet Union, "the greatest threat to human rights."

"What you have to understand is that from the perspective of people like Abrams, what is communism? Is it erecting a gigantic statue of Joseph Stalin? No, it's not. It's people who say, 'We would like to eat every day. We would like our children not to die from easily preventable diseases.' That to them is communism."

Why would the Trump administration appoint someone with Abrams' record?

Abrams has not always been an ally to President Donald Trump. In 2016, he wrote that Republicans should "not allow the Republican convention to be a coronation wherein Trump and Trumpism are unchallenged." In 2017, Trump blocked Abrams' appointment to Deputy Secretary of State.

Schwarz said the reason for Abram's appointment is simple: he "gets the job done."

"People who run the U.S. government, especially the people from the U.S. right wing, truly do believe that we should, for the good of everyone, run the world. And if you need to run the world, Elliott Abrams is the guy you get."

In a press briefing, Secretary of State Michael Pompeo said "[Abrams'] passion for the rights and liberties of all peoples makes him a perfect fit and a valuable and timely addition."

To hear the full interview with Jon Schwarz, download our podcast or click the 'Listen' button at the top of this page.