When is a crucifix not a religious symbol? When it's hanging in the Quebec National Assembly, silly | CBC Radio Loaded
Day 6·Satire

When is a crucifix not a religious symbol? When it's hanging in the Quebec National Assembly, silly

Quebec's Premier designate François Legault says he will stand by plans to ban some civil servants from wearing religious symbols. He also says the crucifix that hangs in Quebec's National Assembly can stay.

Critics smelled a double-standard, but Montreal comedian David Pryde has another explanation. 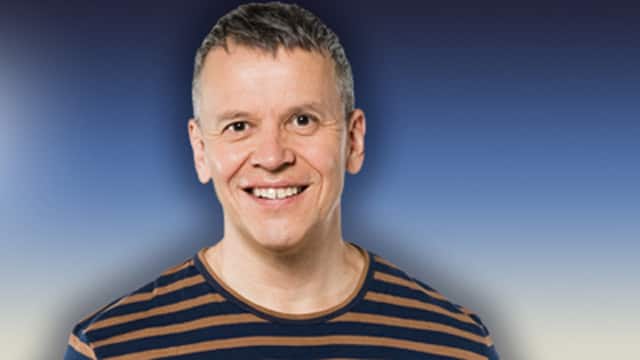 Day 62:59When is a crucifix not a religious symbol? When it's hanging in the Quebec National Assembly, silly

Among other things, incoming premier François Legault plans to ban some civil servants from wearing religious symbols such as hijabs, kippas and turbans.

But Legault has also said that the the crucifix which hangs over the speaker's chair in Quebec's National Assembly can stay.

Montreal comedian David Pryde says there's another explanation. Here's what he had to say on Day 6.

In Quebec, much hullabaloo has been made over the newly-elected CAQ's pledge to ban some civil servants from wearing religious symbols.

In particular, it's been seen as hypocritical because premier-designate Francois Legault is pushing this secular agenda while also defending the giant crucifix that hangs inside the National Assembly.

But here's the thing, we don't have to see this as religious hypocrisy.

The fact is there are many buildings that display a cross that couldn't be further from any actual religion, like the Church of Scientology.

But what it really boils down to is this: buildings are different from people.

For example, Montreal's Olympic Stadium paid millions of dollars to cover its opening with a gigantic Jewish kippah which imitated its real world counterpart by having to be readjusted whenever there was a stiff breeze.

And Saint Joseph's Oratory has a dome whose construction was inspired not by any Catholic precedent, but rather by the igloo housing that creature of Inuit legend, the Ijiraq, a demonic changeling who used a benign and caring facade to prey on the innocent.

See? Couldn't be further from the Catholic Church.

And really, if we're going to protest religious symbolism on the buildings we hold dear, well, then I guess I'd have to boycott Red Lobster, with its sign paying homage to the race of clawed Ichthyocentaurs who first bore the naked Greek love goddess Aphrodite up from the creaming, churning foam of the gushing, tempestuous sea, her skin slick and glistening like a buttery bib after an Admiral's Feast ravenously scarfed down for the reasonable price of $18.49.

OK, I may have digressed from my original point, which is this: a cross isn't even that big a deal as symbols go.

According to Eric Schlosser's book, Fast Food Nation, more people around the world recognize the McDonald's golden arches than the Christian crucifix.

So, if we want an object of worship everyone can get behind, hoist up that big 'M' inside Quebec's legislature.

After all, laws are a lot like a greasy pork McRib. They're messy, you don't want to see how they're made, and they're not compatible with every religion.