The brain on psychedelics is surprisingly similar to that of a young child, and psychologist Alison Gopnik says that could explain the drugs' potential to treat mental illness.

Psychedelic drugs can 'push an adult brain ... to that state of exploration and learning' says psychologist 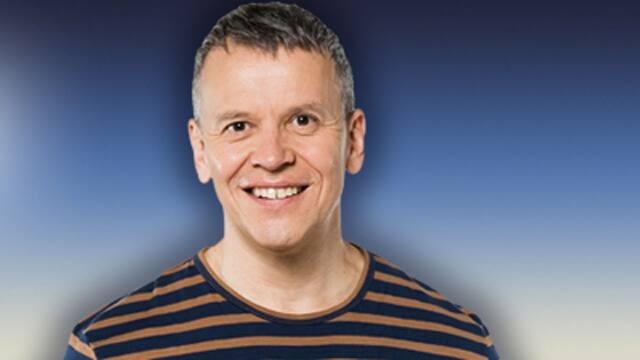 Welcome to Part Two of The Big Trip, a special Day 6 series all about the future of psychedelic drugs.

It took a hallucinogenic drug to help Octavian Mihai see past his anxiety.

In 2012, at the age of 21, Mihai had been diagnosed with Hodgkin's Lymphoma. After six months of chemotherapy, the cancer was in remission — but Mihai was still spiralling out.

"My mind was not able to focus on anything but the idea that the cancer is coming back," he told Day 6. "It was just crippling anxiety."

Mihai found himself struggling to hold conversation with friends. In an effort to self-medicate, he started drinking heavily.

Alarmed, his doctor referred him to a research team at NYU who were testing psilocybin — the active ingredient in magic mushrooms — as a possible treatment for anxiety in cancer patients.

Within a matter of weeks, Mihai was sitting on a health clinic sofa, holding a tiny white pill.

As the drug took effect, his anxiety faded away. Five years later, it still hasn't returned.

"I had this kind of insight that I'm letting cancer terrorize me when I don't have to let that happen. And at that point, I saw this black smoke just coming out of me ... I just felt relief — I felt like I had let go."

This is your brain on psychedelics

Academic institutions and for-profit companies in the U.S. and elsewhere are studying psychedelic drugs' efficacy as a possible treatment for everything from end-of-life anxiety to PTSD and treatment-resistant depression.

To date, much of the research has involved small open-label studies. But the success rates of these early trials — often above 60 per cent after a single treatment — are promising.

As that research gains momentum, researchers are also working to gain a better understanding of how and why these drugs affect our minds.

In 2016, researchers at Imperial College London published one of the first studies outlining how LSD affects the brain. While the study showed a decrease in brain activity in certain networks, overall there was a significant increase in connectivity between regions of the brain that don't typically communicate.

Those findings caught the eye of Alison Gopnik, a cognitive scientist at the University of California Berkeley. She was fascinated by psychedelics' effect on the prefrontal cortex, which she refers to as the brain's "executive office."

That particular brain region — and a particular network within it, known as the Default Mode Network — are closely associated with our 'ego' or sense of self, as well as our ability to focus attention, inhibit impulses, and plan for the future.

When you look at brains under the influence of psychedelics, they seem to look much more like that childhood brain than the adult brain.- Alison Gopnik, professor of psychology at University of California Berkeley

But psychedelics seem to loosen the grip of the 'executive office' on the rest of the brain, enabling more communication between networks that usually operate independently, according to the Imperial College London's study.

"These networks seem to be really disrupted under the influence of these chemicals."

The research immediately reminded Gopnik of her own work, which focuses on child development.

"When you look at brains under the influence of psychedelics, they seem to look much more like that childhood brain than the adult brain," she said.

Gopnik believes the drugs could help return the adult brain to a more childlike state — and that may help explain the drugs' potential as a therapeutic tool.

At birth, Gopnik explained, babies' brains contain a vast number of synapses and connections — a feature that's essential to their ability to learn.

But as we age, the most-used connections or pathways in the brain start to get stronger and more efficient, while other connections start to disappear.

The prefrontal cortex begins to develop, taking on its role as the brain's "executive office."

Those changes translate into a more pronounced sense of self, as well as the ability to focus on particular tasks or plan for the future.

Those skills are essential to helping us operate in the adult world, but they can come with a tradeoff, according to Gopnik.

It's like they've been stuck in a path going in circles and they can't find their way out of it. And then we give them a helicopter ride up, and they realize, 'Oh my gosh — of course I haven't got anywhere.'- Matthew Johnson, clinical researcher at Johns Hopkins University

"The adult brain seems to be very well designed to do the same thing over and over again very quickly and very efficiently," she said.

"But that also means that it can get stuck doing the same thing over and over again — even when there's a better solution that you could come to."

Psychedelic drugs seem to reduce the influence of that "executive office," opening up new possibilities and perspectives in the adult mind.

"What psilocybin seems to do is to push an adult brain back more to that [childhood] state of exploration and learning and flexibility," Gopnik said.

Matthew Johnson, who studies psilocybin for cigarette addiction at Johns Hopkins University, says psychedelics' effect can be likened to resetting a computer.

"Maybe it's like ... when your computer has been on for a week, and you had a million programs you've started and stopped, and it's doing glitchy things," he said. "And if you reboot the system, all of the same basic infrastructure comes online, but it's sort of starting fresh in a way that leaves those kinks behind."

According to Johnson, it's likely not a coincidence that some researchers believe psychedelic therapy, which loosens the grip of the self over the mind, holds great promise as a treatment for mental illness.

"It's like they've been stuck in a path going in circles and they can't find their way out of it. And then we give them a helicopter ride up, and they realize, 'Oh my gosh — of course I haven't got anywhere. I keep following that stupid pattern that just leads me in circles. I just had to take that other way,'" he explained.

Despite the stigma of the 1970s, studies suggest that lasting adverse effects from drugs like LSD and psilocybin are uncommon.

That's especially true when the drugs are administered in a safe, controlled environment alongside trained professionals, Gopnik said.

However, she cautions that more research and larger, clinically controlled trials are needed before they are approved for widespread medical use.

"Shaking things up sometimes is a good idea — but of course, sometimes it's not a good idea," she said. "[But] where do you land after you press that reset button?"

Like marijuana, psychedelic drug use has been linked to the onset of psychosis and schizophrenia in people predisposed to those conditions. For that reason, researchers are careful to screen out prospective patients whose family history suggests taking part in a trial could put them at risk.

Where do you land after you press that reset button?- Alison Gopnik, professor of psychology at University of California Berkeley

Jules Evans, a former recreational user who now studies psychedelic drugs' cultural use around the world, has experienced their negative effects firsthand.

"I had a bad trip when I was about 18. It was characterized by intense paranoia and paranoid delusions … and I had acute anxiety and stress for about four or five years," he recalled.

"When I speak to friends, they also quite often know people who've had long-term bad psychological experiences from psychedelics. So I think that the research isn't accurate yet."

Click here for Part One and Part Three of The Big Trip, a special Day 6 series about the future of psychedelic drugs.

To hear more from Octavian Mihai and Alison Gopnik, download our podcast or click the 'Listen' button at the top of this page.