'Money drove the policy': How dreams of dividends got Canada to legal pot

Veteran civil liberties lawyer Alan Young has fought for decades to change Canada's marijuana laws. He's not convinced we've got it right yet. Day 68:17'Money drove the policy': How dreams of dividends got Canada to legal pot

When veteran marijuana legalization lawyer Alan Young took on his first pot case, Justin Trudeau was barely out of his teens.

Young fought a constitutional challenge on the right to promote the use of marijuana in the early '90s. It was a free speech issue and he won that case in 1994.

It would be another 24 years before Canada would legalize marijuana. This week, the senate passed the pot bill and retail sales will begin in October. Young, a law professor at Toronto's Osgoode Hall, spent a quarter century fighting for this day.

Young says the Trudeau government did the right thing for the wrong reasons.

"They basically said, 'We can't beat the black market. We want to put them out of business and we want to become the traffickers.'"

Alan Young says he understood legalization was inevitable when the government started licensing production of medical marijuana in 2013.

"That's when I knew it was going to happen because now it was about the corporate world and about making money in tax dollars," he said.

There's always been money to be made in pot, but the cannabis community mostly operated on a smaller scale. Young knows that community and says they're cynical about the new law. They don't like what they perceive as over-regulation of the legal product and neither does he.

"Most people in the cannabis community regret the movement towards legalization and would prefer something more modest called decriminalization, where the government is just not involved and people can do what they want," Young said.

They'd long accepted the findings of the Le Dain commission that pot isn't harmful.  Young is frustrated those conclusions aren't borne out in the legislation.

"I do agree that the government approaches this still like the plant is somewhat dangerous," he said. 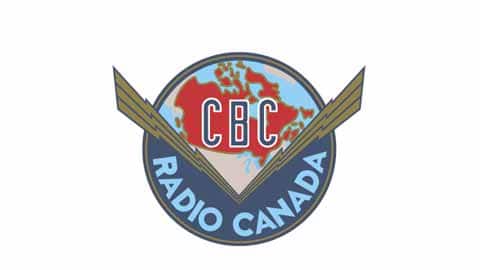 Under the new law, possession over the legal limit of 30 grams could carry a penalty of five years.

"Unfortunately, the whole infrastructure of criminal justice still comes to the forefront when people have 60 grams in possession instead of 30. That's a huge mistake. And that's the government doing this for pragmatic reasons and not principled reasons," Young says.

"From a human rights perspective this is a bad working model of legalization because anyone who doesn't play by the rules of engagement of the market they set up falls back into the criminal law," he said.

"And to me it's completely offensive the government can sell a commodity or authorize the sale, but then criminalize those who don't play by the rules."

You've got to pardon people who have suffered as a consequence of a bad law.- Alan Young, lawyer

What Young does anticipate is a gradual relaxation of those rules. He thinks regulations in Canada's law will fall away as more jurisdictions around the world open their doors to pot.

"Everybody is looking at this right now," he said. "In 10, 20 years, everybody's going to say, 'I don't even remember criminalization,' and it's going to be a very normal commodity. The WHO estimates that there's a quarter billion marijuana consumers in the world. So that's a pretty big market."

Alan Young has argued that even if Canadians don't smoke pot, there's a social justice issue in the continuing criminalization of those who do.

"The reason you should care," he said, "is because the pot issue is about the failure of democracy."

But he says the new law is too flawed to assert democratic principles.

"Is it democracy succeeding when governments ignored all the royal commissions? Ignored all the public opinion polls, but only changed their mind when they smell the money?" he asked. "I'm not sure."

And how could Canada's law be improved? Young says if he could talk to the Prime Minister about the changes he'd like to see there's two points he'd make.

"I'd say, first of all, you've got to pardon people who have suffered as a consequence of a bad law," Young said. There are as many as half a million Canadians with criminal records for offences that are about to become legal.

"And, you have to seriously reconsider using the criminal law for cannabis consumers who don't play by your rules," he said.