On Wednesday, a grand jury declined to bring any charges against police officers for the killing of Breonna Taylor, a 26-year-old Black woman who was shot and killed by police in her home in March. Sadiqa Reynolds, a former district court judge, says protests in Taylor's name will continue to force changes to the system.

Taylor was killed in March after three police officers entered her Louisville, Ky., home on a no-knock warrant and shot her multiple times. The 26-year-old Black woman's death has led to significant public outcry, with protests continuing.

On Wednesday, prosecutors said the two officers who fired at Taylor were justified in using force to protect themselves. A police officer who was fired in June was indicted on three counts for endangering Taylor's neighbours when he opened fire on their home the night of Taylor's killing.

Sadiqa Reynolds, a former district court judge and the first African American woman to clerk for the Kentucky Supreme Court, says protests in Taylor's name will continue to force changes to the system — and that she will not be forgotten.

Reynolds, now CEO of the Louisville Urban League, spoke to Day 6 host Brent Bambury about what the Breonna Taylor decision means in Louisville, and beyond. Here is part of their conversation.

Soon after the grand jury's decision was announced on Wednesday, you said: "We somehow got our hopes up in this case. We wanted to believe the system would change." What was it about Breonna Taylor's death that made you think the system could change?

Because of the timing of her death — because we saw Ahmaud Arbery's case, because of George Floyd, where we saw the police officers prosecuted — and we thought we had maybe gotten to a place where we were going to really begin to see change in these police brutality cases.

We see in this case what we regularly see in this country, which is a different standard being applied to police when it comes to Black lives.- Sadiqa Reynolds

And then the news came this week that there were no indictments connected to Breonna Taylor's death. The reason — from what I understand — two of the officers weren't charged is because Breonna Taylor's boyfriend, Kenny Walker fired on them first, believing that they were someone breaking into his home. What is wrong with that logic, in your view?

Can we talk about the way this country manipulates laws to protect the people that it wants to protect? We have in this state, and in this country in many places, stand your ground laws — and Kenny had the right to fire.

He did not know that those were police officers. There are many, many witnesses who said they did not hear police identify themselves. Kenny himself made a call to 911 asking for police. I think it is illogical to imagine that a man who thinks the police have been shooting at him would then call police. So he had the right to fire....

The fact of the matter is there is a right and those officers had a no-knock warrant, and so when they came in and they were met with fire, they did fire back ... and they hit the person who did not have a gun. So as far as I know, there is no different level of self-defence that police officers are afforded. Self-defence is what it is.

We see in this case what we regularly see in this country, which is a different standard being applied to police when it comes to Black lives.

How would you characterize [Kentucky] Attorney General Daniel Cameron's conduct during this case?

He is very polite, very respectful. Here's what I'm interested in: What did he present to the grand jury?

How is it that we heard from him that there were six bullets in her body? We had not heard that. How is it that he presented information to the grand jury that contradicts the death certificate?

Where he says it is inconclusive about whether or not [fired police officer Brett] Hankinson fired any bullet that went into Breonna's body — what did he present to the grand jury?

Was it the grand jury who decided that the officers were justified, or did the attorney general decide that he would not present those cases because he felt they were justified?

Quite frankly, I expected to find out whether or not we had a valid warrant. 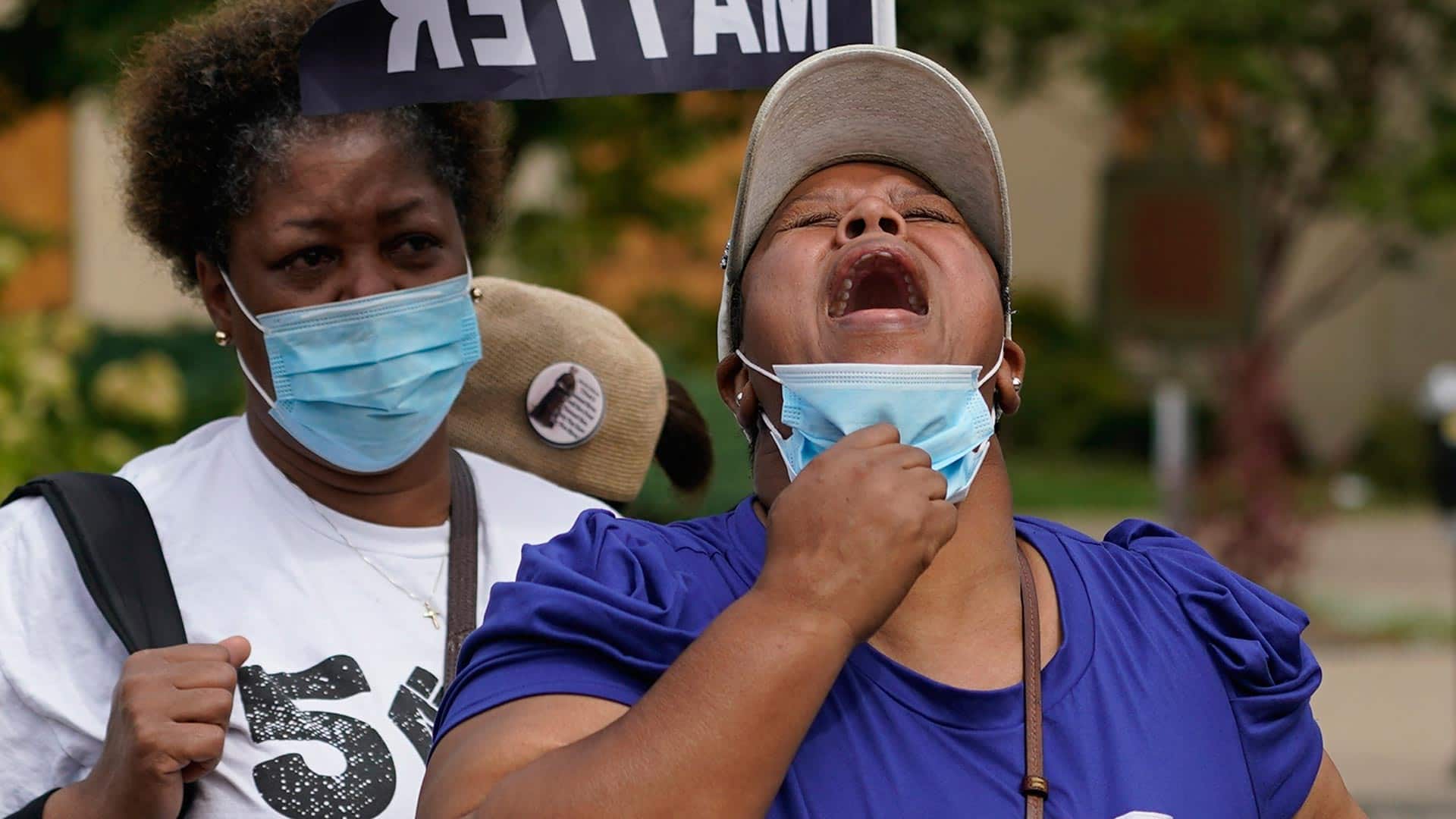 2 months agoVideo
2:03
One police officer has been charged over the raid that led to the death of Kentucky woman Breonna Taylor in March, but he wasn't charged for her death. Brett Hankison was charged with 'wanton endangerment' for firing into a neighbour's apartment. 2:03

I mean, after six months, do you really believe that if a young white woman who was an essential services worker in the middle or the beginning of a pandemic was killed in her home by police, we wouldn't know by now whether or not the warrant was good?

I think Daniel Cameron, when he says justice does not shift, he knows that's not true. Justice shifts constantly in this country.

You're a former district judge ... You know the system from the inside. Are you hopeful that it can change?

I am very hopeful that it can change, but I think it's going to take a long time.

We have to be honest with ourselves about what is wrong with the system. The problem is when the system works for the privileged, they're not held accountable. They're not inspired to change it.

So what you have is, my people, we have been at the bottom of this ladder for so long with no voice.

We understand the system enough to know that we could have had indictments. And whether or not certain things happened, those were questions of fact that a jury should have been able to decide. And then it almost seems like an intentional slap to say, "Oh, and now we will indict Hankinson, but it will only be for shooting into the white neighbours home." Not anything related to Breonna. Breonna deserved better than this.

And Breonna, of course, is not the only recent case of a police killing of a Black person where justice is sought but not found. But she has become a symbol for the movement. Her image is on T-shirts at the Emmy Awards. She's in murals all over the world. What will Breonna Taylor mean in five years time?

It will probably take the killing of a Black woman to change this country. Maybe Breonna will be really the change that we need, the person who moves us to really be better — to treat each other better.

Written and produced by Pedro Sanchez. This Q&A has been edited for length and clarity.