His business nearly collapsed when the EU was created. Now this customs broker is readying for a Brexit boom

George Baker is a customs broker whose booming shipping company nearly collapsed when the European Union was created in 1993. Now, he's preparing for a possible 500 per cent increase in business if Brexit goes through.

With Boris Johnson poised to 'get Brexit done,' George Baker says he could see a 500 per cent jump in business

Day 67:40His business nearly collapsed when the EU was created. Now this customs broker is readying for a Brexit boom

After a decisive win for the pro-Brexit Conservative Party in the U.K. general election on Thursday, customs broker George Baker is feeling optimistic about the future of his company.

Baker, who owns George Baker Shipping — one of the largest shipping firms in the U.K. — has been clearing goods across international borders for decades.

Now that Brexit is one step closer to reality, Baker expects more goods will need to be cleared at the British border in coming years — and that will mean a big boost for his business.

He spoke with Day 6 host Brent Bambury about what happens next.

I understand that you were feeling some trepidation and anxiety during the campaign. Is that true?

Yeah, we've had the collywobbles a bit because we've been anxious.

This process since the referendum ... not knowing one way or the other whether we would have a second referendum, whether the last parliament that we had would somehow reverse Brexit, we didn't know what was coming next.

Now we've got some results.

But there's still uncertainty because the terms of Brexit are yet to be negotiated. So the best case scenario for you, if Brexit happens, how much could that help your business?

If Brexit happens, say, in the next year, it would increase the amount of customs declarations we would expect to do by at least 500 per cent.

The problem is that any business would find it very, very difficult to upscale to that degree in such a short period of time.

You have to train a workforce. You have to find people who could be experts in arcane regulations that have yet to be negotiated, let alone written. And you'd have to do that on a tight timeline. How do you feel about that?

That's going to be an extremely difficult thing to deal with. In a perfect world, three and a half years ago, when we knew that we were leaving the EU, we should have been employing people then.

But if we had have done so, they'd have been sat there for three and a half years waiting for something to do after we trained them.

Even now, we don't know when the borders are actually going to go up and when these documents are going to need to be done, because the date that we're given, January 2021 ... we have this transitional negotiation period [beforehand].

A year isn't very much to start this process of employing the people, taking leases on premises that we would need, training them, putting all the IT things together. That's a big challenge.

[It] must have been an enormous moment for you back in 1993 when the EU was created and the customs union was formed.

I would guess if your business is about to potentially grow by 500 percent, it must have collapsed by an equal amount back then.

What happened to you in 1993? How did you survive that?

It collapsed completely because I'd chosen to specialize in the business of customs clearing goods, and documentation for goods that was moving to and from the EU.

And in the '80s we were beginning to get computers and fax machines and began to use the new technology to put together quite a sophisticated system to handle these large amounts of documentation.

We worked with the courts and with the government to put this whole system together and invested heavily. And then all of a sudden we weren't needed anymore.

I was left with the business development loans, and the money that I'd invested was lost. At that particular time, we had a recession, a property crash and interest rates ... at 14 per cent. So it was a pretty dreadful time.

As a young man with a family of four children and a mortgage and everything else, it was a very, very worrying time. We survived because we went into other areas of [the] shipping business, transport and warehousing, etc. 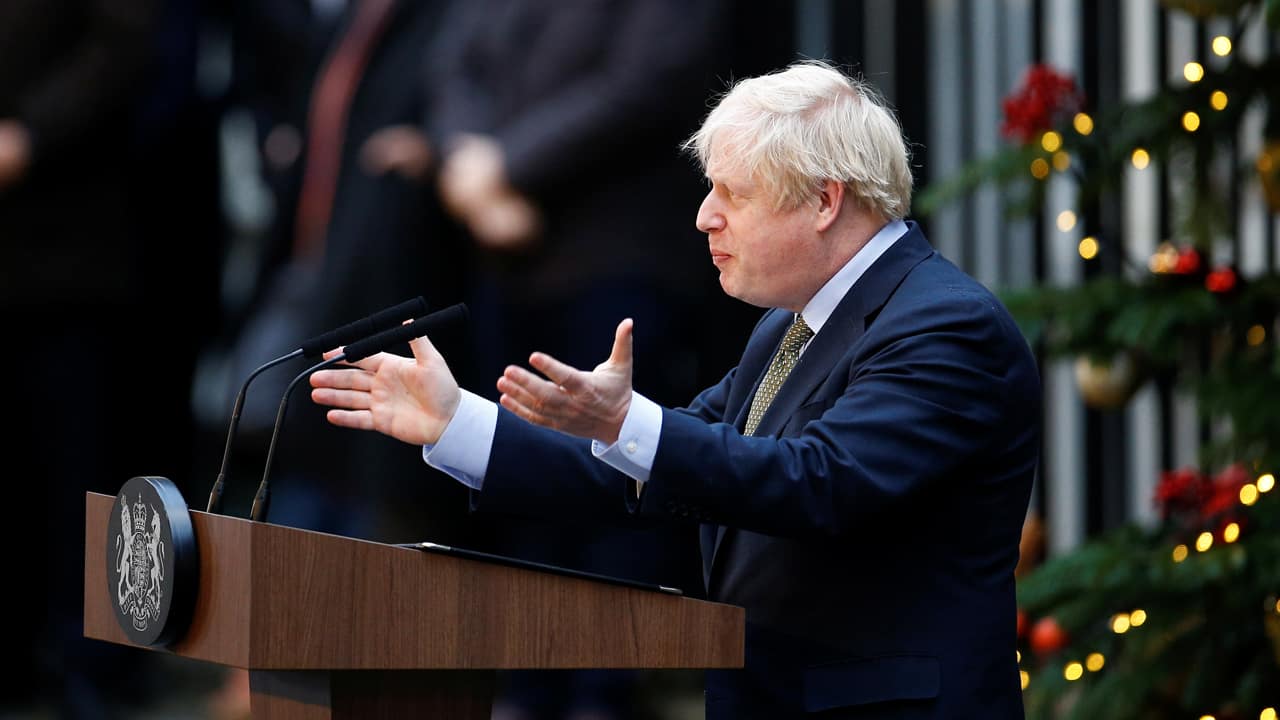 And now your business may boom again. The election is over. The country is where it is in terms of leaving the EU.

But just looking at your family ... is there a part of you that wishes Britain would remain when you extend your family's future, when you look at what they're going to face in the next decades?

Yes, a part of me does. There was a very, very difficult decision to make which way to vote in the referendum.

Two of my children work now in the business, and I feel sure — although we never discuss it — I feel sure that they would have voted remain because they've got children. For the sake of my grandchildren, I guess I would have done [the same].

But even then, on the other hand, I have a responsibility for the many people who work within my company, who will be given in, another way, an opportunity and a business opportunity going forward to further their careers as suddenly we have all this extra work coming our way.

This Q&A has been edited for length and clarity. To hear the full interview with George Baker, download our podcast or click Listen above.