Online advertisements — such as those from Wish — use a lot of the same methods as late night TV infomercials. 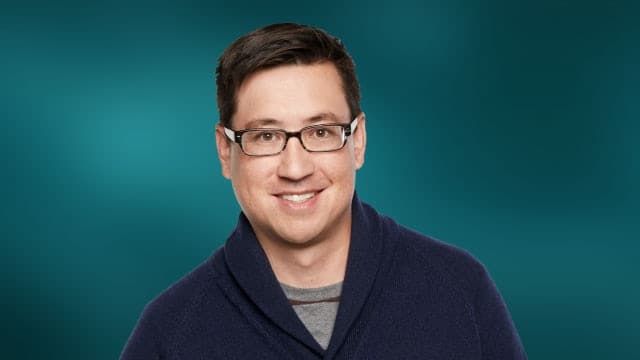 Cost of Living11:34Infomercials could hold the secret to how Wish sells cat blindfolds and blackhead vacuums

Online advertisements could be considered just a fact of life on the internet today, with their appearance part of the price paid to be connected.

But some of those ads could also be considered … a little out there. Say, a blindfold for cats or a portable urinal for children.

One of the major culprits for these seemingly inexplicable product ads on social media has been Wish.com.

The online retailer has grown leaps and bounds since its parent company, ContextLogic, was founded in 2010. It was recently valued at nearly $11.2 billion US, or $15 billion Cdn. The company's mobile app is regularly ranked as one of the top shopping apps from both the Apple and Google app stores.

What's going on at Wish?

The company positions itself as going after "value conscious" customers, with messaging boasting of thousands of normally pricey items available at price points in the single digits.

But it's become far more notorious for the odd advertisements it places on Facebook, with entire social media accounts dedicated to explaining and identifying Wish products.

Have you ever ripped off some toilet paper and then wished you had way less? <br>Well then I think this is the product for you.<br><br>Just make sure you wash your hands after you use it. <a href="https://t.co/VmQgyRoiz3">pic.twitter.com/VmQgyRoiz3</a>

With more than a billion dollars in revenue in recent years, the advertising strategy is working, despite some of those tactics coming straight out of a medium thought to be on the decline.

Social media as the new infomercial

Wish advertisements — along with many of their fellow social media commercial messages — use a lot of the same methods as late night TV infomercials once did.

They serve to manufacture and create a need in the consumer for their product — because that requirement may not have been obvious before.

Case in point: very few consumers may realize they need or want the unusual products on Wish.

In the case of a Wish ad for compression undergarments, you could see an overweight man struggling to put on pants in an awkward looking image, then miraculously the Wish product shows him looking fit and trim.

The model was perfected by the infomercial, according to television director Rentia van der Bijl.

"It's the same principle. It's just the medium that differs," said van der Bijl.

"You create a need by showing someone what a potential problem would be."

A notorious example of this in infomercials are the monochrome montages that often show a problem you may not have previously considered.

The Wish counterpart would be showing outlandish images in a slideshow or short video, followed by an image of the product solving whatever was depicted in said outlandish image.

"It's as if people would think oh I don't want that problem. So here's a solution, and I want the solution," said van der Bijl.

It's all moving online

The shift from television to online for infomercial-style products is confirmed by one of the big players in the market for products that used to be exclusively seen on television.

"So the format is quite different. A Facebook ad is typically much shorter… because people can easily scroll past it," explained Kulkarni.

Showcase, which runs more than 100 outlets across Canada and the United States, might be better known as the "As Seen on TV" stores in your local mall.

According to Kulkarni, a lot of the advertising dollars that once went to infomercials now go toward online platforms.

"If we say 15 years ago that television was 100 per cent of the [advertising] spend from us and from our advertisers, I would say that today it's closer to 50 per cent and on its way to 25 per cent," said Kulkarni.