An extended winter break for students could help reduce COVID-19 cases, but not without additional measures, says one infectious diseases expert.

"If you were to use that time and incorporate other measures that might reduce transmission, that would ... be a better use of time," said Dr. Matthew Oughton, attending physician in the division of infectious diseases at the Jewish General Hospital in Montreal.

Quebec Premier François Legault said Thursday that schools in the province may have to temporarily close this winter, extending the December holiday break, in order to curb the spread of the coronavirus.

COVID-19 cases began rising in August after the province reopened schools, with most students attending in-person classes. On Saturday, the province recorded more than 1,400 cases in a single day for the first time.

Schools and workplaces have the highest rates of transmission, he said during the press conference. As of Thursday, 1,174 classes in Quebec were shut down as a result of positive cases, Legault said.

Shuttering schools over the holidays could provide a break in rising case numbers, says Oughton, but additional steps must be implemented.

"At the same time, you require masks in most, if not all, school children. At the same time, you restructure things so that there's reduced numbers of children in the classroom for any given day," he told Cross Country Checkup, adding that renovating school ventilation systems should also be made a priority.

"Early on in the school year, I think that most of the cases that we saw were probably related to community spread where we're sort of going from community into schools," Oughton said.

"I think we're seeing now more cases where it maybe transmission within schools or going from schools to the community."

In an interview on CBC Radio's As It Happens, Marwah Rizqy, the Quebec Liberal education critic, pushed back on the idea of an extended break, instead favouring stronger prevention measures to be implemented immediately.

"The numbers of COVID-19 outbreaks since September is always going up, never going down. And right now I think we should not wait to see what's going to happen for the holidays," she said. 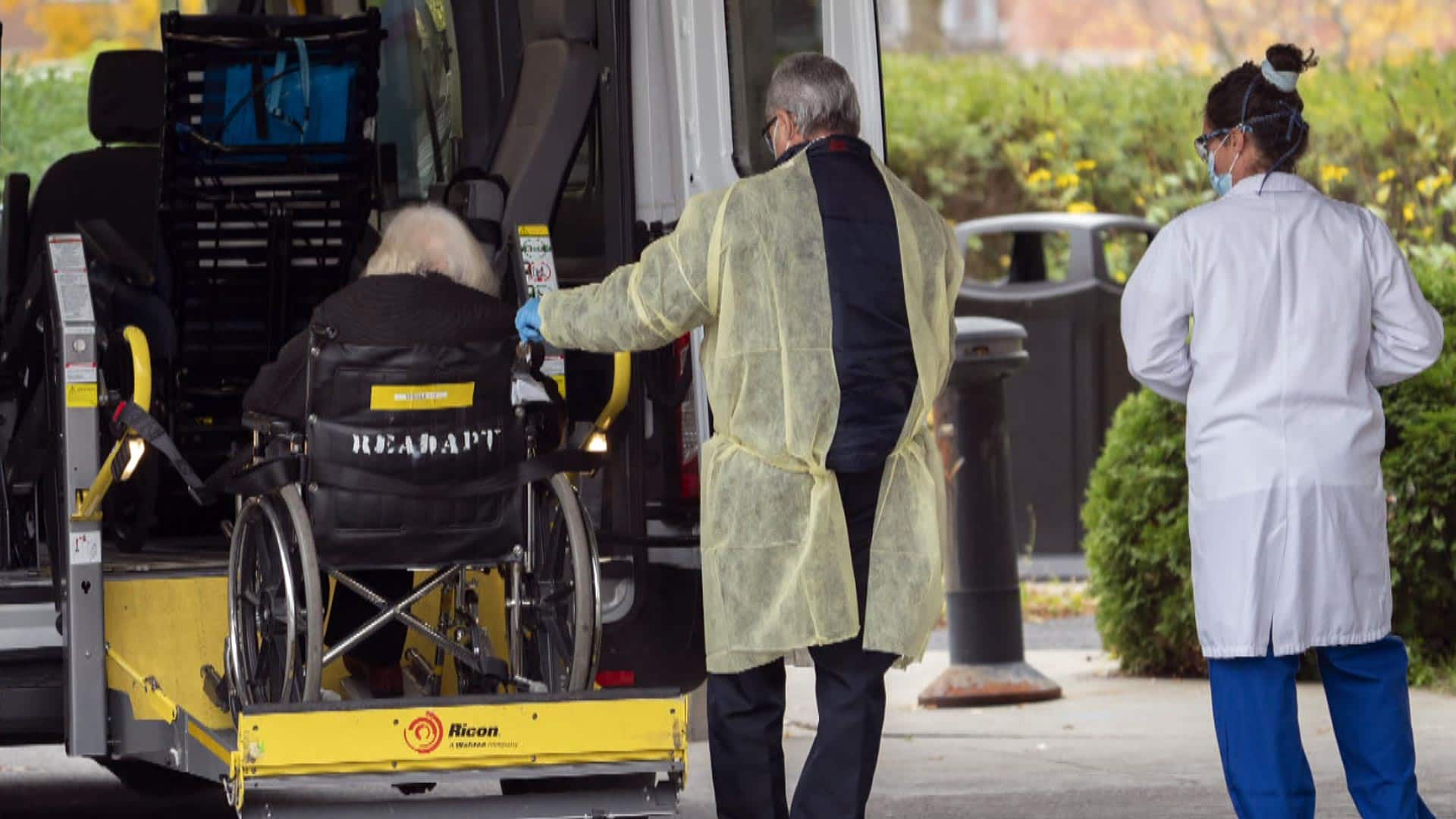 2 months agoVideo
2:00
Quebec's COVID-19 fatality numbers are spiking again and that's raising concerns. The province has reported that 700 people have died since September. 2:00

Biostatistician Ryan Imgrund, who is based in York Region, Ont., says that an expected increase of family gatherings over the holidays, coupled with travel throughout the province, classes should be made virtual-only in the two weeks following the break.

"It gives us a chance to look for symptoms and to make sure that we test and isolate those people properly," Imgrund, who tracks COVID-19 cases in Ontario schools, told Checkup in an interview.

In other words, I don’t think you can really lower the risk. But you can stop the cases from this increased risk from increasing the risk outside the home... After Christmas.

Even with two weeks of homeschooling, restrictions would need to remain in place, he added.

According to a report by the Globe and Mail, the Council of Ontario Directors of Education has called on the Ontario government to consider extending the winter break. A spokesperson for Ontario's Education Minister Stephen Lecce told the newspaper that there are currently no plans to adjust the school-year calendar.

Imgrund points to data from March, when cases first began to balloon in Canada, as proof the idea could reduce the spread of COVID-19.

"The largest ... [virus] reproductive value that we have had in the past half a year was the Thursday before March break when schools announced that they were going to shut down," Imgrund said.

"Once schools were just announced that they were being closed, the [reproductive] value dropped significantly following that — and then we had that two week period following March break where we saw cases drop."

Written by Jason Vermes, with files from Steve Howard