After Nova Scotia killings, a support network founded by Columbine survivors may offer lessons on healing

As Nova Scotians struggle to make sense of it all, Canadians have responded with a heartfelt outpouring of love and support. But when that attention inevitably fades, survivors may be drawn to an American mass-shooting survivor network that offers support in a way a therapist may not.

'A hug from a survivor is totally different,' says survivor of 1999 Columbine massacre

Over the past few weeks, Heather Martin has often felt irritable and irate. It's not a new phenomenon for her; for two decades April has been a cruel month.

Martin and dozens of other terrified students huddled in the choir office of Columbine High School in Colorado on April 20, 1999, as two teenage gunmen rampaged through classrooms and hallways.

When it was over, the gunmen had killed 13 people and injured over 20 others, before killing themselves. "Columbine" became synonymous with the horror of mass shootings in the United States.

This week, on the anniversary of that awful event in her life, the 39-year-old school teacher has been limiting her consumption of media.

However, she found it impossible to ignore the disturbing headlines about one of the deadliest mass killings in Canadian history, when a gunman's rampage in Portapique, N.S., left 22 victims dead.

"You have an understanding of what these people are going through that nobody else does," said Martin.

As Nova Scotians struggle to make sense of it all, Canadians have responded with a heartfelt outpouring of love and support.

But when that attention inevitably fades, survivors of the shooting may be drawn to a unique American group called The Rebels Project, a mass-shooting survivor network that offers support in ways a therapist may not.

"Getting a hug from a survivor is totally different from someone who's just trying to console you," said Martin, quoting Rebels Project community outreach director and fellow Columbine survivor Missy Mendo.

Helping each other heal

Martin co-founded the non-profit Rebels Project with other Columbine survivors in 2012, after the Aurora, Colo., theatre shooting that left 12 people dead.

Today, the group has over 1,000 members from dozens of communities that have been affected by mass shootings.

In addition to Columbine survivors, its leadership team includes survivors of other shootings such as the Aurora theatre shooting and the 2017 Las Vegas shooting (the deadliest single shooting in the U.S. to date).

Martin says the group doesn't do initial outreach. Instead, they wait for survivors to reach out.

"Right now, they [the community of Portapique] really just want to be left alone," said Martin. "People don't understand what they went through. So, we don't intrude on other people's grief … because so many people intruded on ours."

Members meet every month — usually in person, but lately over Skype or Google hangouts because of the COVID-19 pandemic.

Once a year, they organize a retreat, where mass-shooting survivors gather from across the United States to do restorative yoga, share stories and bond socially.

Even before the Portapique shooting, Nova Scotia-based grief counsellor and social worker Serena Lewis had been giving workshops on organizing "virtual" funerals and celebrations of life.

Now, she says a huge challenge of tending to the aftermath of the Portapique shooting has been physical distancing rules in place because of the pandemic.

"I was saying, for external communities who are asking Nova Scotianers, 'How can we help?' I said, 'Send us the virtual casseroles.'"

Coming out of the fog

Within days of a new mass shooting in the U.S., Martin says a few newcomers will ask to join the group's private Facebook group. However, she says it often takes months for survivors of a mass shooting to recognize they're still struggling.

"A lot of people start to really come out of the fog after a year," she said.

Martin says she spent nine years trying to avoid talking about her experience at Columbine with anyone.

"I didn't want people to know I was there, because then they'd ask awful questions like, 'Oh my God, was it scary? Did you know people who died? Did you know the gunmen?'"

Only her high school friends could identify with her experience, which prompted the idea for The Rebels Project, named after the Columbine school mascot.

"Many people are really interested in the details of the events that day … but survivors, typically, we don't ask those questions," said Martin.

"We get it. What we want to know about is how you're doing now, about the aftermath, what you're feeling like. We can answer questions about what therapies have worked and what haven't."

In the early years after the Columbine shootings, Martin didn't feel safe in any public spaces unless she could see an exit. She struggled to justify her trauma, because she felt "lucky" she wasn't shot.

She was also intensely afraid of being judged for hiding in a classroom during the shooting.

"You never know how you're going to react in a situation like that. And we [survivors] know that first-hand, very deeply," she said.

"Once you peel away that judgment, then you can be really open about your feelings and what you experienced." 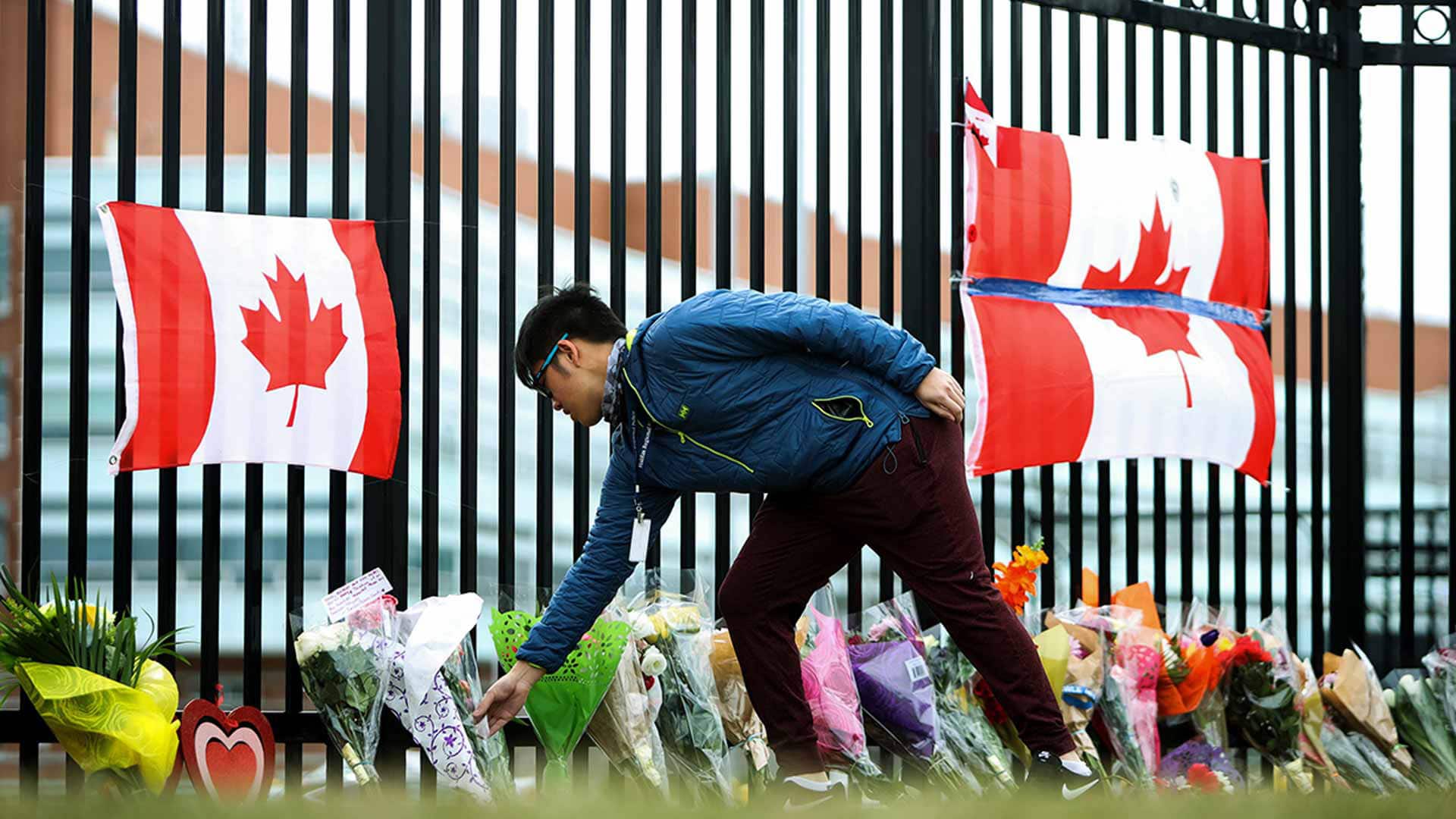 9 months agoVideo
4:30
Our panel talks to Andrew Chang about how people can manage their grief, especially from the Nova Scotia shooting rampage, during the COVID-19 pandemic when people have been forced apart. 4:30

Having talked with hundreds of mass-shooting survivors, Martin says she understands Nova Scotians touched by the shooting desperately want life to return to normal as soon as possible.

But she stresses it's important they acknowledge their experience and trauma, whatever form that takes.

"My sense of safety is forever changed. But, it does get better. It gets much better," she says with a quiet laugh.