Amid calls for international travel ban, experts say rules on essential trips must be clarified

Some officials and experts say stronger restrictions on international travel are needed in order to curb the spread of COVID-19. Others argue that better enforcement of quarantine measures for arriving travellers would go far enough.

'I'd say travelling right now is not for the faint of heart,' says travel agent

Though business has been slow, travel agent Katherine Velan says some of her clients are still booking vacations despite the COVID-19 pandemic.

In November, she even went on a beach getaway of her own, travelling to the Dominican Republic.

"I felt safer there than I did going to the grocery store or Walmart or anything like that," she told Cross Country Checkup, citing health precautions taken by both the airline and resort.

The Montreal woman says upon returning to Canada she was isolated in her home for 14 days. Now, as officials and experts call for stronger restrictions on international travel, Velan says those quarantine measures should be better enforced — but she doesn't see the need for a travel ban on non-essential trips.

"I don't think you can ban international travel because that would have to define what exactly is essential travel and what isn't, and I think that there's too many grey areas in that topic to actually make it stick," she said. 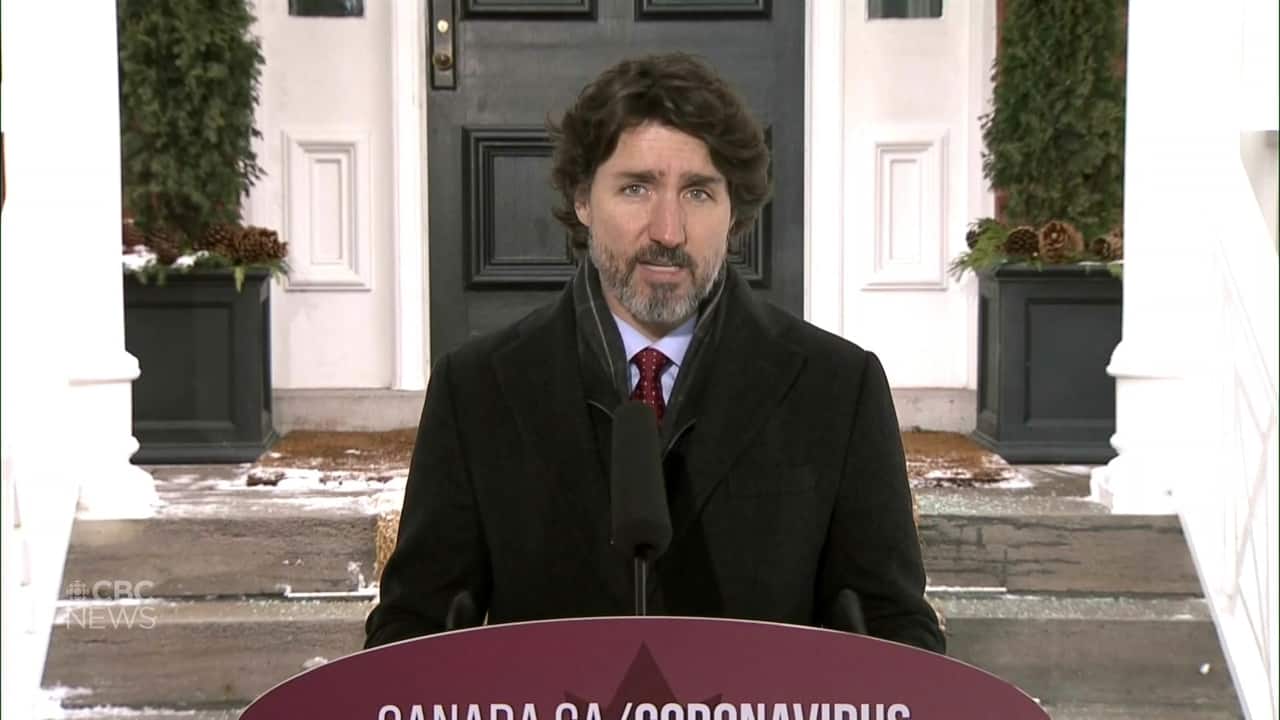 Facing concerns that March break vacations to sunshine destinations could increase the spread of COVID-19, Quebec Premier François Legault called on the federal government to ban non-essential travel. Partying by the pool in Mexico, he said, shouldn't be considered essential.

If the federal government does not want to ban travel outright, Canadians returning to the country should be required to quarantine in designated hotels, arguing the existing system of checking on travellers with automated phone calls is inadequate, Legault said on Thursday.

"Right now, the quarantine for these people is not a big enough guarantee for the protection of Quebecers," the premier said. Currently, travellers must quarantine for 14 days in a location of their choosing after entering or returning to Canada.

Though the federal government has discouraged international travel since the beginning of the pandemic, Simon Fraser University professor Kelley Lee says that data shows many Canadians are leaving the country and testing positive for COVID-19 upon their return. That's bringing more dangerous variants of the disease into the country.

"[The variants] didn't swim here by themselves. They actually were brought in by people travelling and spreading across the country because people continue to travel," she said.

Lee, Canada Research Chair in Global Health Governance, is researching the impact of international travel on COVID-19 spread and says there's a case to be made for strengthened travel restrictions — including a ban on non-essential travel — because of the COVID-19 variants circulating internationally.

"That changed the picture quite a lot," Lee said.

One variant first identified in the U.K., known as B117, is believed to be more contagious — and preliminary evidence out of England suggests it could be deadlier.

Lee acknowledges that defining what constitutes essential travel would be a challenge, but says there's an "urgent" need to codify the rules in order to get the pandemic under control in this country.

"One of the key problems is that the definition of what's essential and non-essential has been quite loose, and often undefined. So the federal government and the provincial governments need to agree what exactly they're going to allow," she said.

Travelling to get some sun, for example, should be off limits, while leaving the country to do necessary maintenance on a secondary property might be seen as reasonable, Lee says.

Ryerson University hospitality and tourism management professor Wayne Smith moved to Canada last year in the midst of the COVID-19 pandemic. He says that while a travel ban may sound good on paper, decisions of who can come and who can go need to be made equitably.

"I'm in this situation right now where my child, who's living in the States, has COVID but there's no way I could go and help them," he said.

"What happens is you're creating a situation where you could create a lot of hardship for people unintentionally."

Though it has been difficult for some, Lee points to the Atlantic provinces, which have restricted interprovincial travel as proof that an international travel ban could help prevent surges in COVID-19.

"There's been heartache, for sure, [for] people who cannot visit, and attend funerals and other emergencies. But that has enabled those provinces to keep the numbers so low, and it is quite incredible," she told Checkup.

Like Montreal-based travel agent Velan, Smith says that mandatory quarantine requirements are instead a more appropriate option, however. 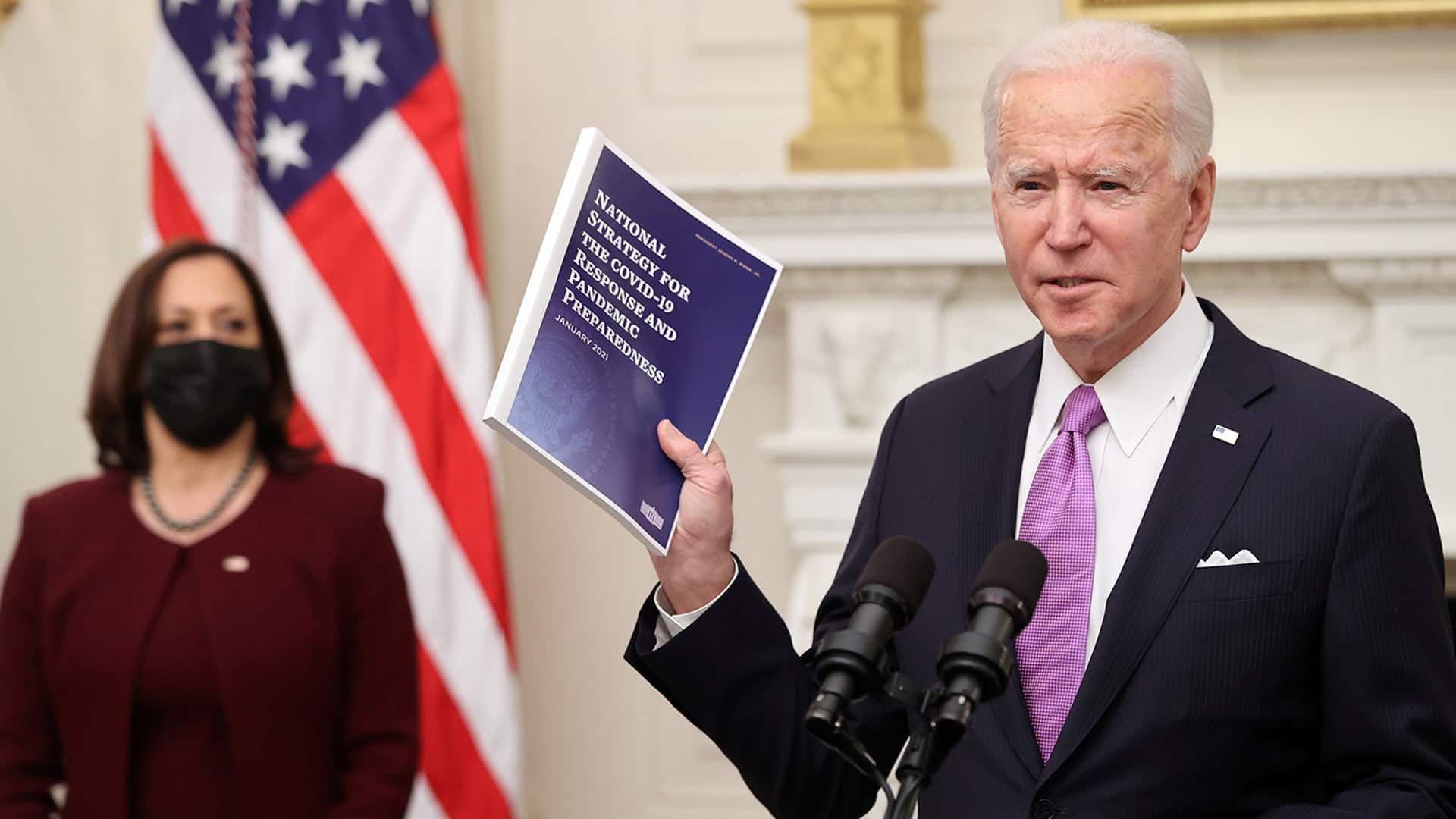 1 month ago
2:38
On U.S. President Joe Biden's first full day in office, he signed an executive order for new international travel restrictions, which will make it tougher for Canadians to cross the border. Biden is expected to lay out more details tomorrow, during his phone call with Prime Minister Justin Trudeau. 2:38

Travelling 'not for the faint of heart'

Already, Velan has clients placing deposits on vacations for later this year and into 2022.

Some clients with trips booked in the coming months have already asked whether or not it's time to postpone. Velan suggests waiting until March to make a decision.

"I'm not saying that [restrictions] will be released, but I think things will be a little bit clearer. There will be a small part of the population around the world that will have been immunized," she said.

"At that point, hopefully numbers will be down in Canada, so we'll be back to trying to make future policies as opposed to just right now policies."

Velan says that many travellers are worried that, should they find themselves stuck in a destination, there will be no repatriation flights coordinated by the government like in the early days of the pandemic.

That has many spooked, and in the short term — at least until 2022, Velan says — travellers will be hesitant to hop on a plane for some rest and relaxation until clearer rules are put into place.

"It's very unpredictable," she said. "I'd say travelling right now is not for the faint of heart."

Written by Jason Vermes, with files from Steve Howard and Collins Maina.