Indigenous groups need 'guarantees' on land rights before getting trains back on track: Oka Crisis veteran

'Let's get guarantees — and none of this double talk,' says Ellen Gabriel

It's a drama Ellen Gabriel has seen before: Indigenous people on the front lines and frustrated travellers in the headlines.

Gabriel became well-known to Canadians as the public face of the Mohawks of Kanehsatà:ke during the Oka Crisis nearly three decades ago. That standoff came to a chaotic end with the involvement of the Canadian army and mass arrests.

This week, as anti-pipeline demonstrations led to a sweeping shutdown of CN's eastern Canadian rail network and complete suspension of Via Rail services across the country, she's been watching carefully.

And though she's not directly involved, there's a weariness in her voice.

"It's not a privilege to be at a blockade. I can tell you from firsthand experience, it's not fun," said Gabriel, also known as Katsi'tsakwas.

"I'm sure most of them sitting there would rather be in a nice warm house, watching TV or spending time with their family. This is not something we do for a luxury. For Indigenous people, we have been inconvenienced by colonization." 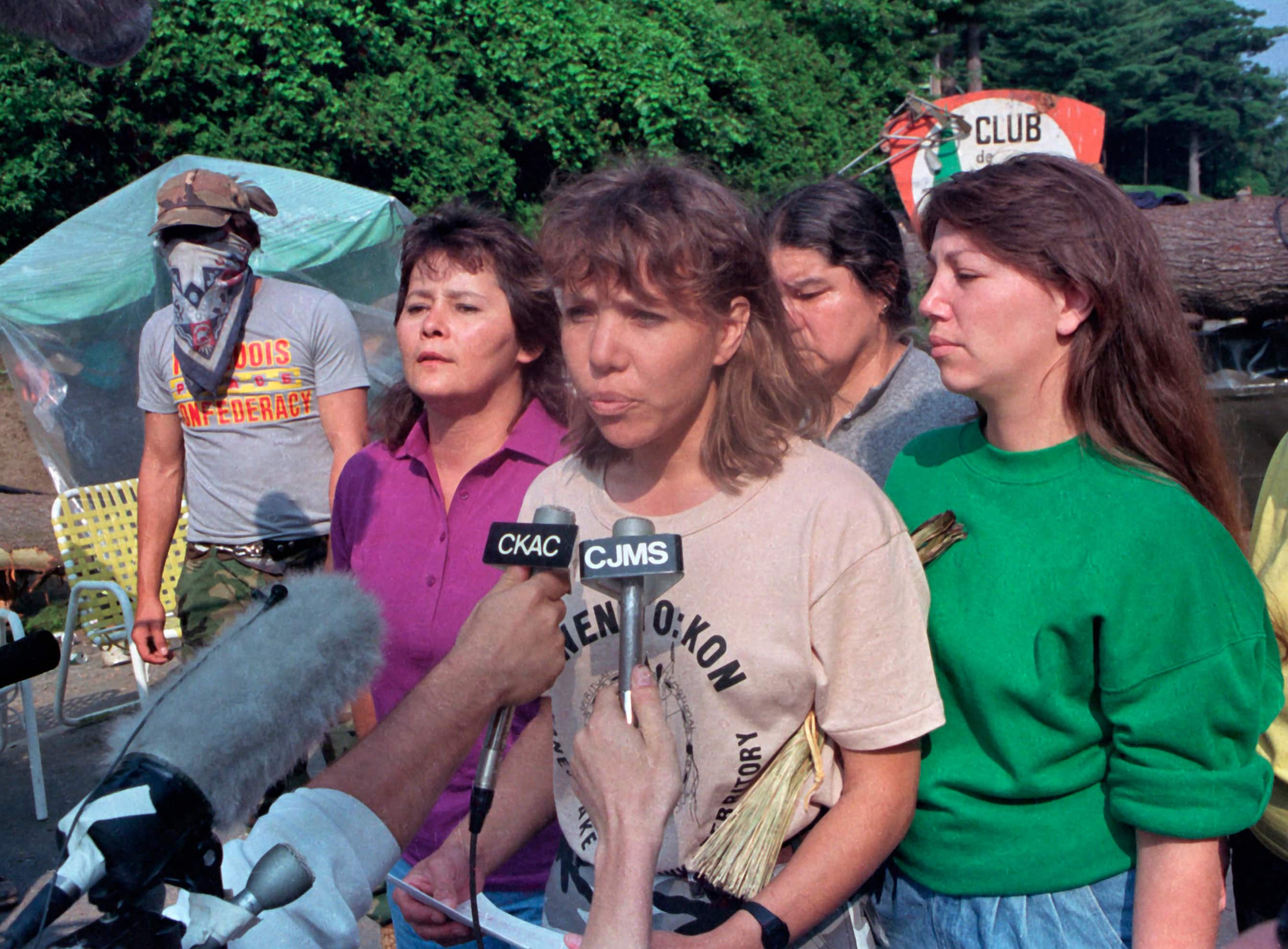 11 months agoVideo
8:46
CBC News Network's Andrew Nichols speaks with Ellen Gabrial, an Indigenous rights activist, and the spokesperson for the Mohawk people in Kanesatake during the Oka Crisis. 8:46

Many Canadians are asking what it will take to get trains running again, after more than a week of protests and blockades by Indigenous groups and environmentalists in support of Wet'suwet'en hereditary chiefs in British Columbia.

Hereditary chiefs and their supporters oppose the development of a liquified natural gas pipeline project in their traditional territory, while 20 First Nation band councils have signed agreements supporting it.

But asking how to restore train service is the wrong question, suggests Gabriel, if people want to understand what's motivating Indigenous land defenders, those at the front lines of the demonstrations.

"We never get anywhere because it's always based on something that has to do with the economy and jobs, rather than trying to fix long-term solutions to problems that have been plaguing Indigenous people," said Gabriel.

Lorraine Land, a lawyer certified in alternative dispute resolution who specializes in Indigenous rights, also has insight into how to resolve long-standing Indigenous land disputes.

She says using force to quell opposition to the Coastal GasLink pipeline in Wet'suwet'en territory, was a mistake.

"In the past, when the heavy hand of the police force has been used, that created more conflict," said Land. "To use the RCMP to do heavy-handed enforcement of these injunctions, it's counterproductive."

Now that politicians are trying to defuse tensions, Land says it's critical that negotiators have authority to create a process that deals with the unextinguished land title of the Wet'suwet'en.

"You don't want a situation where people have to keep going back for direction. At a negotiation table, you need to be able to make commitments right there and then," said Land.

She says it's important both Indian Act band council chiefs and hereditary chiefs of the We'tsuwet'en Nation come together with "senior ministers, not underlings from the bureaucracy" on the government side.

The federal government initially refused to intervene in the railway blockades, but that approach changed in recent days.

On Saturday, Indigenous Services Minister Marc Miller met with Mohawks in Tyendinaga. Crown-Indigenous Relations Minister Carolyn Bennett and her B.C. counterpart will hold talks with both the Gitxsan and the Wet'suwet'en hereditary chiefs in the coming days.

Asked what advice she would give to Wet'suwet'en hereditary leaders in B.C., Gabriel is unequivocal.

"Get a guarantee that the government will pause until we can sit down in good faith and that they will respect our rights," said Gabriel.

She suggests Wet'suwet'en hereditary chiefs shouldn't relent without a temporary halt to pipeline construction. She also recommends they seek commitments for criminal charges against land defenders to be dropped and the RCMP to leave Wet'suwet'en territory.

"People do not understand how much Indigenous people have had to give up for the sake of Canada's economic prosperity. We need [Canadians] to educate themselves," said Gabriel.

"In the meantime, let's get guarantees — and none of this double talk."

"Industry and government think about those [Indigenous land] interests as property interests ... it's like horse trading."

She suggests Indigenous perspectives on land rights tend to be different, involving fundamental relationships to land that are often sacred in nature.

"How parties come to the table — that horse-trading perspective versus a very sacred commitment to the process — that's a real challenge in situations like this."

Land believes trains would be up and running quickly if the provincial government established "lines of communication" with We'tsuwet'en hereditary chiefs about land use decisions in their territory, as happened with the Tsilhqot'in National Government after their historic Supreme Court of Canada legal victory in 2014.

"It's going to be a Band-Aid on a knife wound ... unless there's a process in place to address the underlying land rights issues," said Land.