A Halifax woman is calling on the Nova Scotia's liquor board to close its locations to in-store traffic, saying she worries crowds are putting employees at risk of coming into contact with the COVID-19 virus during the pandemic. 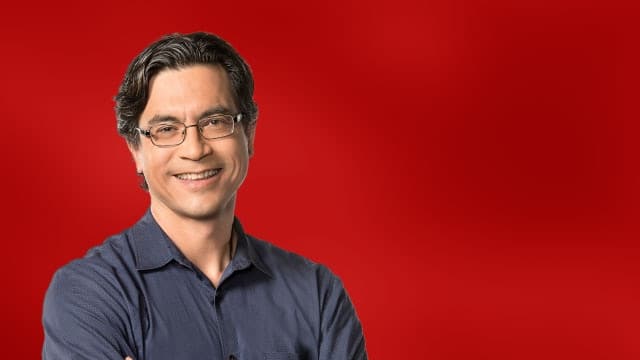 A Halifax woman is calling on Nova Scotia's liquor board to close its locations to in-store traffic, saying she worries crowds are putting employees at risk of being exposed to COVID-19 during the pandemic.

"The long lineups that are happening now at liquor stores are exposing many Nova Scotians to the possibility of COVID-19," Em Spooner, who said she was speaking on behalf of Nova Scotia Liquor Corporation (NSLC) employees, told Checkup host Duncan McCue.

Spooner suggested the NSLC could serve its customers by offering curbside pickup, or expanding their online ordering capabilities.

"I just don't want to say that we should cut off or close liquor stores. I think we should change the way we deliver alcohol," she said.

NSLC spokesperson Beverley Ware told Checkup that it is enacting several measures to keep customers and employees safe, including:

"We believe we have the necessary precautions in place to protect our employees and customers right now," Ware said, adding they are following "the advice and direction" of the province's chief medical officer Dr. Robert Strang.

Spooner said stores currently deal with "at least" nine people on-site at once, with a regular staff count of four in addition to the the five-customer limit.

Other provinces such as Ontario and Quebec are keeping their beer and liquor stores open, as officials have ordered all non-essential businesses to close to help slow the spread of the novel coronavirus.

Newfoundland and Labrador's Liquor Corp. announced March 19 that it was ending in-store traffic, with the plan to allow customers to place orders online or by phone, then pick up items at specific stores.

Medical experts have stressed that cutting off alcohol supplies to the public could have potentially deadly consequences for those struggling with addiction, which in turn could put more stress on the health-care system as it deals with a steep rise in COVID-19 cases.

"Alcohol withdrawal is by no means a mild issue. I mean, people can get very, very sick from this and die," said Dr. Isaac Bogoch, an infectious diseases specialist at the University Health Network in Toronto.

"Obviously, we have to be very supportive of those of us amongst those who are marginalized or have an addiction," he continued.

Spooner acknowledged that NSLC stores were staying open "mostly" for people struggling with addiction, but added that "it's not just alcoholics who are, you know, lining up to buy liquor."

Employment lawyer Soma Ray-Ellis said employees should file a joint complaint with their employer if they do not feel safe in the workplace in the midst of the pandemic.

"I think all employers really should be looking right now to see how we can provide services remotely online, not just in terms of alcohol," said Ray-Ellis, chair of the employment and labour group at Gardiner Roberts LLP in Toronto.

"Everybody should, because I think that this is the time to not go into business as usual."