As part of Checkup’s Ask Me Anything series, the veteran journalist answered listeners’ questions on political division in America, covering a tense election and, of course, his connection to Canada. When asked what he misses about living in Canada, journalist Ali Velshi was unequivocal.

Velshi grew up in Toronto and started his career as a business reporter in the city before turning his attention south of the border as a journalist for CNN and Al Jazeera America. He's now the host of Velshi on MSNBC.

For the past four years, Velshi has been watching and covering the White House and Donald Trump's presidency. With the November presidential election just over a week, he's been travelling across America speaking with voters.

As part of Checkup's Ask Me Anything series, the veteran journalist answered listeners' questions on political division in America, covering a tense election and, of course, his connection to Canada.

Peter Griffiths in Westholme, B.C., asks: Watching U.S. politics from this side of the border, it seems that party affiliation is very central to a person's identity in a way we don't seem to have in Canada. Can you expand on this?

In the United States, it's different, and my colleague Steve Kornacki, who works with me at MSNBC ... he's written a book about this. And he thinks that things became hyper partisan around [2000] with ... the controversy around the election of Al Gore and George Bush.

So you end up living these lives where you're not in conflict with anyone — you're not arguing with your neighbours. These aren't the neighbours you normally do things with, and now suddenly you're not talking to them for the election period. You just get yourself out of these discussions with people who hold other political views and then that hardens the idea that you're a Democrat or a Republican. 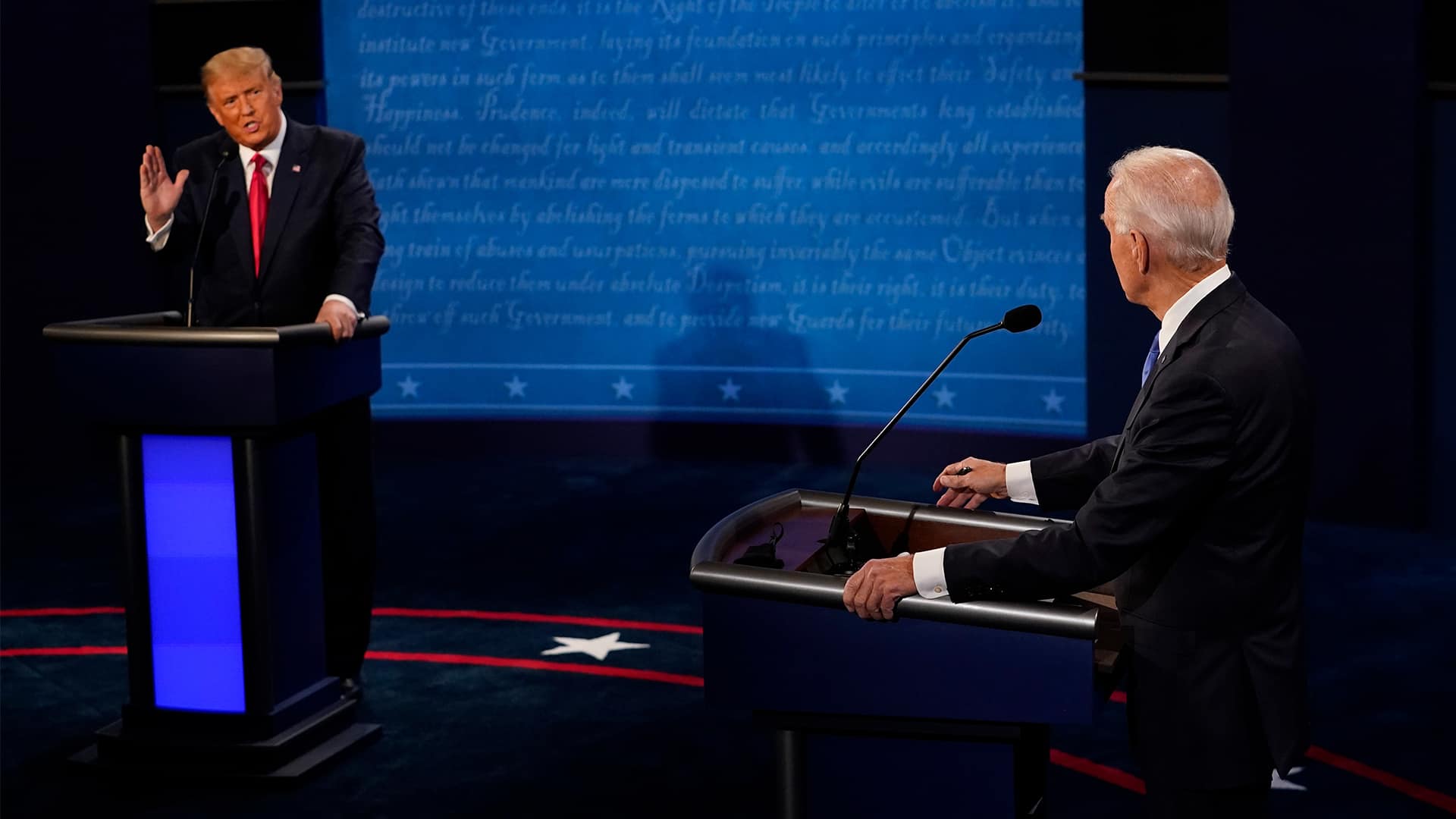 How media coverage of the U.S. election compares with 2016

1 month agoVideo
5:07
Jill Abramson, the former executive editor of the New York Times, says coverage of the election has improved overall, but some U.S. news networks are more partisan than in 2016. 5:07

Kerry Bate asks: As you talk to voters around America, has anything come up in those conversations that has really surprised you?

In Kenosha, Wis. two weeks ago, two Republicans — and I ask everybody every time I meet them, who are you voting for? Why? What's the number one issue that you think needs to be solved? — and both people said to me child sex trafficking.

While a very, very serious issue, [child sex trafficking] is one in which there's no partisan divide. Everybody thinks it needs to be fixed and they're all on the same side as law enforcement on this one.

[The issue is] a QAnon concept that Democrats and Hollywood elites and media are cannibals and pedophiles and so that stuff makes it into mainstream discourse to the extent that I'm having a conversation with Democrats and Republicans, and I get people on my panel who are getting their information probably from Facebook or web sites or obscure conspiracy theory blogs or radio stations. But it has surprised me to the degree to which that has moved into the mainstream. It's not fringe elements.

By the way, there are 22 candidates running right now for office on November 3 who are conspiracy theorists, QAnon believers, white supremacists, homophobes, Islamophobes or anti-Semites officially. Like it'll be on their actual web sites.

Tina Forbes asks: What do you miss about living in Canada?

Everything, all the time. I think about it all the time. I literally touch my passport weekly. I say it with more than a little joke in my voice that there is a real possibility that I will just show back up.

In fact, I'm doing these trips across America, and two weeks ago I was in Detroit and I literally, without telling anybody, just drove through the tunnel and showed up on the other side.

I said, "Look, I just want to go to Tim Hortons," which, of course, you don't have to do it if you're in Detroit. You can get it in Detroit. And [the border agent] looked at me and he laughed. He said, "No, you're not coming in to go to Tim Hortons. You come in and you in quarantine for 14 days, otherwise no." And so he turned me around and the American border guard thought that was kind of funny. He was surprised they didn't let me in.