As Green Party names new leader, Elizabeth May says she's 'not dead yet'

As part of Checkup's Ask Me Anything series, May took calls from Canadians on collaboration in the House of Commons, becoming politically engaged and the possibility of a Green New Deal. Cross Country Checkup27:05Ask Me Anything: Elizabeth May

Elizabeth May hopes that Canadians will think of her time as leader of the federal Green Party as a record, not a legacy.

The word legacy, she explains, has to do with what you're leaving others in a will.

"Not dead yet," she told Cross Country Checkup host Ian Hanomansing, laughing. "I hope that my record, as opposed to a legacy, is going to be of hard work and ethics and continuing to be collaborative."

May stepped down as the Green Party of Canada's leader last November following an election in which the party doubled their national vote share from the previous federal election. The Saanich-Gulf Islands MP was the party's longest serving leader.

"We are in a climate emergency. I will do everything I can to support Annamie Paul," May said.

"I am so proud and pleased that we've done something that political parties don't normally manage very well, which is succession planning — a friendly, in fact, loving handing off of a baton."

As part of Checkup's Ask Me Anything series, May took calls from Canadians on collaboration in the House of Commons, becoming politically engaged and the possibility of a Green New Deal.

"When I was in the first Green Party organizing groups in Nelson, we used consensus decision making as one of the principles of the Green Party, and I just loved that because that was truly democratic," he said.

May explained that the party stands by its approach to making decisions as a group, rather than forcing individual members of Parliament to toe the party line.

"Unlike the other parties where the leader says, you know, thou shalt vote this way or your political career is over," she said, "on every bill, one of us takes it away to study it, [then] bring it back. We have a conversation. We try to figure out how we want to vote."

May added that she and fellow Green MPs Paul Manly and Jenica Atwin have yet to agree on whether to vote in favour of the Liberal government's September throne speech.

Pushed on whether consensus-based decisions can work with a larger group of MPs, May pointed to the success of Green parties internationally.

"I've talked to Greens in the European Parliament where they have a substantially larger group than 30, and they do the same thing," she said.

Worried about air pollution, Stephanie Bisando in London, Ont., asked May about tactics for educating people about environmental issues.

"I live in a neighbourhood where a couple of people like to burn wood in their furnaces the minute the cold weather comes, and I found out that these particles contain a number of very harmful pollutants," she said.

May said that while it may be difficult to knock on a neighbour's door and discuss issues, writing about concerns to government leaders can be useful.

"Writing a letter to the minister of environment, the minister of health and saying, 'Look, what are the current regulations on wood burning? What can we do about wood-burning furnaces to reduce the amount of air pollution?' That's the way that I think we have to go at it," she said.

May adds that she believes there need to be stronger regulations around devices that cause air pollution.

"Every time I see someone with one of those darn two-stroke engine leaf blower things, I nearly lose it," she said. "Get a broom, get a rake."

"They are a huge emitter of greenhouse gases, not to mention noise pollution, but it's a question of regulation." 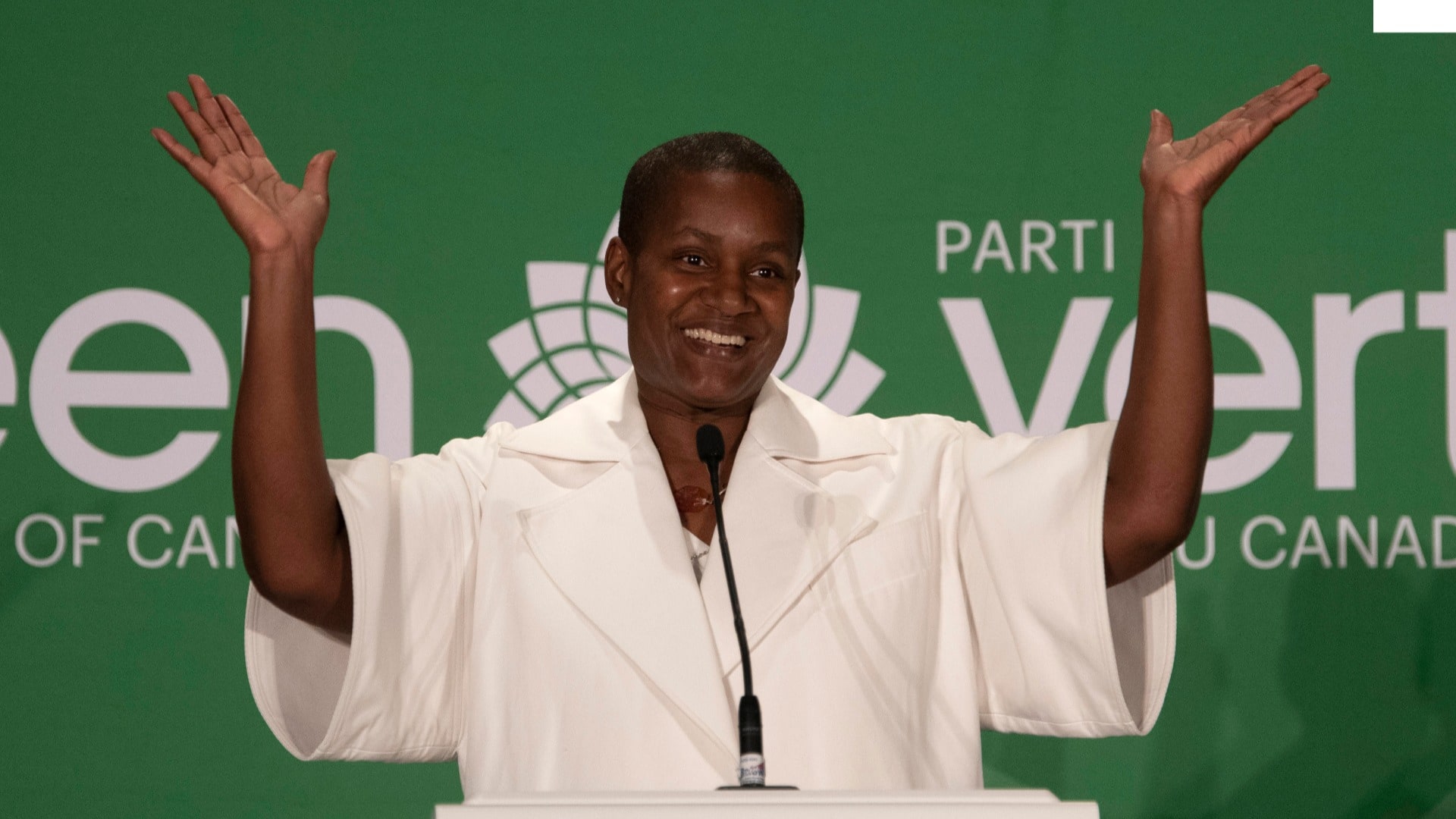 'We are the party for the moment': Annamie Paul wins Green Party leadership

2 months agoVideo
3:31
Annamie Paul says in choosing her as leader the Green Party has matched their leader to the challenges of the time. 3:31

A Green New Deal for Canada?

Matthew Mason-Philips, a vegetable farmer from Ottawa, called in to ask May about what she thinks about the prospects for a Canadian Green New Deal.

Talk about a Green New Deal began south of the border last year. Such a plan would see lawmakers take dramatic efforts to curb the effects of climate change, including a shift to net-zero greenhouse gas emissions and a move away from fossil fuels.

"We have to press hard on the Liberal minority cabinet — and their proposals in the speech from the throne we're mostly really good, [but] they were vague," she said.

"We haven't decided how we're going to vote on the speech from the throne as Greens because of the absence of an actual commitment to improve our climate target within 2020, as we're required to do. But there's a lot of imagination. There's a lot of collaboration."

As Canada navigates the ongoing coronavirus pandemic, she adds that politicians need to avoid "blind partisanship."

"I want to believe that Justin Trudeau is capable of doing more than he has yet done because our future depends on it."