Since it's beginnings in the 1960s, French immersion has polarized many Canadians, and the debate lives on today. Read this backgrounder on French immersion programs and contribute to the Checkup conversation.

Time and again, Canadians have encountered a sticky debate about bilingualism and French instruction in schools. In the 1960s we asked: should French be an official language, equal to English? As French became increasingly valued by Anglophones, the question became: what's the best way to learn French? And now, on Checkup we're asking: Have French immersion programs for school children lived up to their promise? Below we track the evolution of the debate and a tug-of-war between Anglophone and Francophone interests.

French immersion was first developed in Quebec during the 1960s, in the midst of the province's "Quiet Revolution". It was a time when Quebecers were dealing with swath of social issues, and chief among them was education.

There were a series of reforms geared toward improving the quality of French education, by transferring control from the Catholic Church to the provincial government. As this was happening, Anglophone parents started becoming concerned that their children were not learning French well enough in an English school. After many meetings and consultations, French immersion was born.

Since the mid-1960s, French immersion classes have spread across Canada, helped along by a growing interest in bilingualism.

Should French be an official language, equal to English?

For six weeks in 1964, the Commission on Bilingualism and Biculturalism toured across Canada to hear what Canadians thought of official bilingualism. For many English-speaking Canadians, French was irrelevant and a nuisance. But for many others, recognition of the French language was welcome. One woman who spoke at the commission said, "Some people think that bilingualism is good for nothing, but [I say] why shouldn't we learn all the languages that we can? It just makes us smarter."

A thousand and one opinions

When Trudeau tabled the legislation, he said that with the passing of the bill "French-Canadians … will have been given the first concrete proof that Canada and Canadians are not just a host of good intentions, that we really mean to get down to business when we talk about the two official languages."

However, opposition leader Réal Couette, who supported the resolution, had some reservations. He said,  "We caution the Government against creating a new injustice by not considering adequately ... the fact that French is rather difficult to learn in English speaking parts of the country."

2 years ago
1:50
Prime Minister Trudeau brings in a new bill to enshrine language rights for both French and English Canadians. 1:50

While the Official Languages Act passed in 1974, Couette's concerns have echoed through the intervening decades. French immersion programs began cropping up across the country with the intention to teach Anglophone children to speak French.

How well are these students liking their French education?

In 1979, CBC reporter Maureen Judge went to Toronto's Deer Park Public School and checked in with students in a French immersion program. Most students felt that it was a good program. One said, "I think that learning French is a definite plus. If you can speak two languages, you have a better chance of getting a good job. And you can travel anywhere in Canada because English and French are the basic languages." 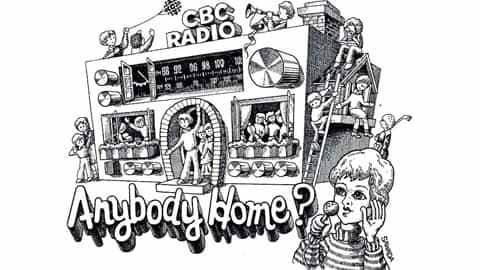 In 1982, French immersion was becoming so popular that school boards in Winnipeg became embroiled in a controversy. The administrators expanded and capped their immersion programs, due to high demand.

In a documentary for the CBC Radio program Sunday Morning, principal of Sacre Coeur school Sister Dumesnil said, "In 1973, all youngsters whose parents wanted to them in an immersion program registered them in this school. They came from all over the city of Winnipeg. Since then, it has certainly mushroomed around us."

Opponents of French immersion saw it as a growing threat to English language classes, and to unilingual teachers. Lucien Loiselle, vice principal of La College Secondaire de Saint Boniface, said, "What has been happening is that some unilingual English teachers are seeing their positions disappearing because there are not enough English students in the division, but there are a lot of new immersion students."

Other opponents saw that immersion was excluding many low-income students due to the costs of bussing.

At the time of the documentary, the debate around the resources dedicated to French immersion was pulling neighbourhoods apart. Parent Linda Archer described it, "It seems that you're either for or against [immersion] and if you choose to ask a question with regards to the implementing of this program into an existing English track program, you're labelled a bigot!"

While French immersion was gaining support amongst Anglophones, Francophones were unhappy with their lot.

In a subsequent documentary from 1988, francophones in Alberta expressed their dissatisfaction with a school system that put their French speaking children in an English system they deemed inadequate to meet the needs of children whose mother tongue was French. Without a dedicated French system for high school, Francophone students were channeled into the English system's French immersion.

"Basically our students are going to a school designed by and for English speaking people," said Francophone parent Frank McMann. "As a result they're getting a second class education."

At the Picard high school, staff and teachers would address immersion students almost entirely in French. However, among themselves students would mostly revert back to English. It was this mixing of languages that concerned Francophone parents. They wanted to see their children in an entirely French environment that promoted both the language and the culture.

The concerns raised throughout the history of French immersion resonate in the 21st century. In New Brunswick, schools designed by and for Francophones are expanding, as are English schools with French immersion—but still not quite enough to meet the demand. Some Anglophone parents, concerned about the availability of French immersion are choosing the French school system to ensure their children learn in French.

While these programs are quickly growing, some are asking what is causing such high demand? For Ontario parent and writer Andrew Campbell, it has to do with class. He said, "It's a way for parents to get their kids ahead of other kids, by putting them in a program that's optional and free in the public system."

Campbell said, "Statistics tell us that French immersion programs are dominated by students from families that are well-educated and have higher income. There are fewer boys and fewer kids with special needs. It seems evident that some of the advantages of French immersion [are] based on the fact that it's more exclusive."

Metro Morning12:38French Immersion
The push by parents to get their kids into French immersion has school boards worried. Matt Galloway spoke with teacher Andrew Campbell, and with Poleen Grewal. She is the superintendent of curriculum and instruction at Peel District School Board. 12:38

And so with all of these perspectives and opinions raised about French immersion, we want to hear your thoughts this week on Cross Country Checkup. Have French immersion programs for school children lived up to their promise?