Learning, fun, and practice: that's what the kids at the Nai Syrian Children's Choir get when they meet. The Checkup team visited with them to see what they're up to. 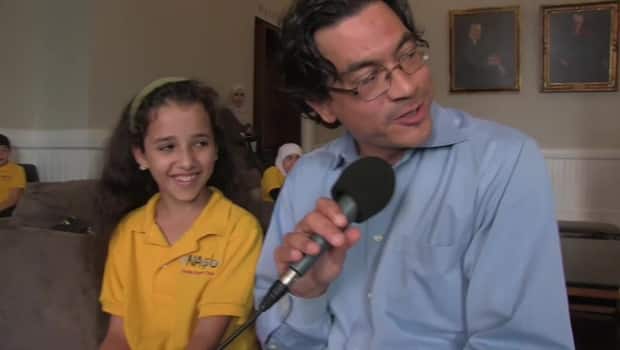 4 years agoVideo
4:20
Dunca chatted with the kids at the Nai Syrian Children's Choir. 4:20
As Cross Country Checkup prepares for a live broadcast in Mississauga, Ont., on Syrian refugees, the team visited the Nai Syrian Children's Choir during one of their practices. Host Duncan McCue spoke with a few of the kids and their volunteer choir conductor, Hussein Janmohamed. You can listen to their conversation in the video above.

The choir was founded by Fei Tang, a self-proclaimed "choir mom" whose two kids sing with the Toronto Children's Chorus.

She says she sees the healing power of music whenever the the group of Syrian refugee children perform. The children sing English, French, and Arabic songs, which Tang believes fosters a strong cross-cultural connection.

"I often see music fostering a dialogue between cultures but with these children, who are sometimes struggling all day in school to learn English I saw the tremendous joy it gives them to sing in Arabic," says Tang who gave up her day job working in social services to manage the choir. "The choir is a place where the children build up their confidence. There's a power that comes from sharing their songs."

When Checkup met up with the Nai Syrian Children's Choir, they were preparing to sing for a citizenship ceremony put on by the Institute for Canadian Citizenship, an organization founded by former Governor General Adrienne Clarkson and political-philosopher John Ralston Saul. Checkup asked them for their perspectives as well. 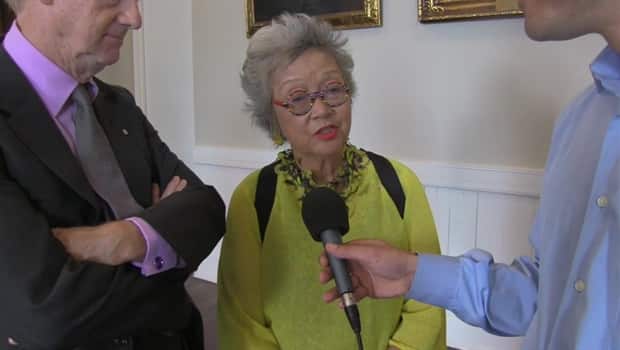 The choir will share their songs for us this Sunday on Cross Country Checkup when we host a live broadcast from the Mississauga Living Arts Centre. You'll hear their voices, as well as co-founder Fei Tang when we pose the question: Are we giving newcomers enough support to build a new life in Canada?

Share your thoughts with us as well. If you're available come down to Mississauga, or phone in like usual. Find more information here.

With files from Anna-Liza Kozma.