Gord Davies is a senior mental health worker at St. Joseph's Healthcare in Hamilton, Ont. He says the popular TV show 13 Reasons Why has caused an increase in calls to the centre’s crisis hotline.

Gord Davies is a senior mental health worker at St. Joseph's Healthcare in Hamilton, Ont. He helps run a program that offers support to teenagers and anyone who might be wrestling with thoughts of suicide, called COAST (Crisis Outreach and Support Team). Besides a hotline, COAST also has a mobile support team, which consists of a mental health worker and a police officer who will go directly to a crisis.

The crisis line workers have noticed that calls have almost tripled in recent weeks. They believe this spike is due to the new Netflix series 13 Reasons Why. The series follows the story of a teen who dies from suicide. Davies told Checkup host Duncan McCue that he believes the popular series has had a negative impact on young people. He says the show is dangerous because it doesn't offer any answers to a child that may be feeling hopeless. 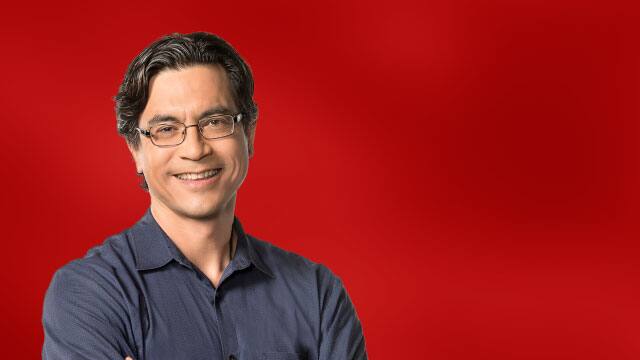 Gord Davies: At the beginning of your show I think it was mentioned that about 20 per cent of our youth right now are struggling with depression, anxiety and suicidal thoughts. And that's each and every year. So for lots of kids, and this year particularly, it's been hard and the show (13 Reasons Why) has not made it any easier.

Duncan McCue: What has the impact of this show been?

GD: This show has not helped instill any hope in those that are hopeless. It's actually giving them an idea that maybe there is no hope. Maybe the things they were thinking, about trying to talk to somebody, that wouldn't go anywhere good. That reaching out to a mental health worker, a guidance counsellor, that wouldn't actually be beneficial. And it actually seals the case in their mind that there is no hope. And that's just a very sad thing.

DM: When they phone into the line are they mentioning the show? Is it actually sparking them to phone into your hotline?

GD: More often than not it's family, it's friends and it's the school teachers that call us about these individuals, it's not the individuals themselves. They are struggling. And maybe they reach out to someone, or maybe somebody notices something different about them, and then gravitates towards them and just tries to come alongside them and support them and says 'Whoa, this is pretty heavy stuff you're dealing with. We need to reach out to somebody.' So they call our 24 hour hotline, working 365 days a year, servicing all the people in Hamilton from age zero to 102. We deal with anybody in crisis, and that's a very broad term 'crisis,' but a lot of youth right now are struggling with suicidal thoughts. A lot of youth.

DM: Could it not be considered positive that people in a youth's life are, because of the discussion around the television show, now reaching out to your hotline?

GD: I would say that a public forum where we educate people is great. I just don't see that this show is offering any hope. When I go to see people my job is to come alongside them and give hope to the hopeless, and I don't find the show offers any hope.

We start with a completed suicide and then all the reasons that led up to that suicide. And they show where there were opportunities for intervention but it was shut down. When people are contemplating who to reach out to - maybe go to the guidance counsellor, maybe talk to a nurse, a doctor - they don't see hope in the show that that's going to work. And that's going to shut down doors. I don't want doors closed I want doors open. This show has not helped in that regard.

DM: As someone who works with people who have suicidal thoughts, I'm wondering is there enough realism with regard to the cyberbullying, or the sexual harassment, that could help a young person connect and offer them a level of understanding about their lives that may be useful or may not be useful?

GD: I do believe it touches on all the hot subjects that are closely associated with suicide. I just don't think that the way in which it's depicted… there's just such graphic nature. I've been doing crisis work for almost 20 years and as a father of eight it breaks my heart to see things on this show that are of a graphic nature and are so disturbing. Young people who are struggling with depression - they're not sleeping, they're not thinking right, they're just trying to cope each and every day - watching this show, often binge watching the show, they can't process that kind of information. And that actually makes them feel much worse not better.

And again, they're likely not to reach out to somebody now. People who are struggling with mental illness - this is not the show to watch for people who want to learn about it.

DM: I've read interviews with the show's directors and creators and they say that they wrestled with whether or not to show the suicide. In the book the suicide is not really mentioned, and in the show it's very graphic. What did you think about that?

GD: It is graphic. I've been doing this job for a lot of years, and there's a lot of things that I wish I didn't have to see but it is part of my job. Watching this show traumatized me and I'm a middle aged man in a good space - a happy marriage with eight lovely kids - and I'm having a hard time seeing what's on that show. Somebody who is struggling - who is seriously depressed, having chronic suicidal thoughts, hanging on by a thread each and every day - this show does not do anything good for their mental health.

GD: I appreciate that. And if there was a suicide attempt where the person lived and there was intervention and we had a good outcome I would applaud them, but not the way this ends up. This is a sad, depressing show that sad, depressed people are watching, and it ends up having a real derogatory sort of response in their mind. 'I can't reach out to anybody. It's hopeless.'

It also dramatizes suicide, saying there is something good that comes out of it, because after they're dead people will talk about them more, they'll think about them more. It romanticizes suicide in a way that just is not healthy.

DM: Just phoning a hotline, it must be a real challenge for any troubled teen. How do you ensure that they get help moving to the next level of care beyond just chatting on a phone?

GD: All our mental health workers - we have child and youth workers, nurses, social workers, occupational therapist - they're all veterans of mental health and they triage the calls. They make sure that there's a safety plan by the time we're done the phone call, and we make sure that we pass that information on to the care providers.

We do thousands of mobile visits every year. We go and see the person, do a thorough assessment and we make sure that there's a safety net around them while they're vulnerable. So we come alongside them and we transfer their care over to somebody who can help them.

DM: Do you think that the next levels of care are available and accessible enough for teenagers right now in Canada?

Many teachers say 'I'm ill-equipped to deal with this. I'm here to be an educator and I don't know what to do. I haven't been given an assist course. I haven't been given any training on how to intervene when a child mentions depression, anxiety, suicide or self-harm.' They call us and they're in a panic. We have now two people in crisis: the teacher and the individual they are trying to support.

So we need more mental health workers in the schools and we need more guidance counsellors who are properly trained. We need more social workers with that adequate training. We do need to equip a lot of people to do this right. We're not there yet.

Gord Davies' and Duncan McCue's comments have been edited and condensed. This online segment was prepared by Ieva Lucs on May 15, 2017.

Listen to the full show on how to approach teen suicide.