"Something's broken in my head"

With only a few months left of grad school, Daniel Friedman suddenly lost his ability to read and write. Daniel's life changed overnight, and his struggles to restart his life almost cost him everything. 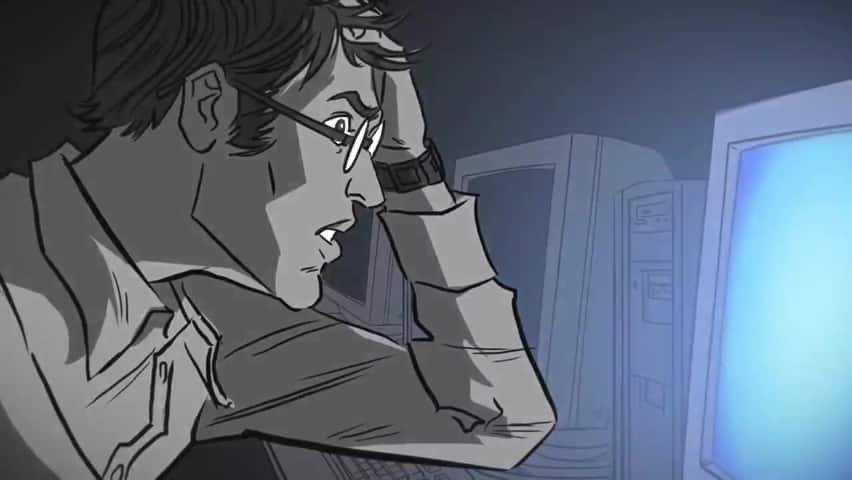 "Something's broken in my head"

4 years agoVideo
1:36
With only a few months left of grad school, Daniel Friedman suddenly lost his ability to read and write. Daniel's life changed overnight, and his struggles to restart his life almost cost him everything. 1:36

Campus34:48Something's broken in my head

With only a few months left of grad school, Daniel Friedman suddenly lost his ability to read and write. The aspiring architect was working on an essay one night when the words on his computer screen began to scramble. For 24 hours, Daniel sat there desperately trying to rewrite the sentences over and over again, but he couldn't get any of it to make sense.

He recalls feeling, "like my eyes have ice on them and they're sliding over the words, they can't lock onto the words."

He wondered if maybe he just needed sleep. But it wasn't long before he realized that something was terribly wrong.

Daniel woke up the following day hoping to regain his ability to read, but it never returned. In an instant, his two graduate degrees and his shot at a dream career were ripped away from him. He'd dedicated so much of his life to academia -- he had no idea how to redefine himself. And he'd have to wait years to find out what had gone wrong with his brain.

Daniel's life changed overnight, and his struggles to restart his life almost cost him everything.

As a kid, Daniel really struggled in school. He had difficulty grasping concepts that his peers easily understood. As a result, he deeply feared the thought of going to class everyday. But despite the stress that came that, he always escaped in reading books. Even as a young boy, Daniel had a fascination with learning about the real world.

His love for learning got him to university, where he discovered that he had Attention Deficit Disorder (ADD). The diagnosis helped answer so many of the questions he had about his struggles with school.

You know it gives me a little bit more ammo to fight off that inner voice, that child inside me that constantly calls me stupid, constantly.

But this realization didn't stop him from striving to become an architect. Daniel would go on to get two master's degrees in the process. He was weeks away from starting the career he always wanted, until one night, he lost it all.

Daniel couldn't come to grips with losing his ability to read and write. He didn't believe there was value in his life anymore. So he bought rope, made a noose, and planned on hanging himself in the Teton mountains.

"...but I did say to my mother the day before that I'm really sad and I think of ending my life. And my mother turned to me, and she kind of like seemed exhausted and she was like, you do what you think you need to do... I remember at that moment realizing that I have no more allies, I have no one who's going to look out for me."

While Daniel was driving out to the mountains, a neurologist called and said that he would be able to help. It turns out, that neurologist couldn't.

But that phone call did save his life. And shortly after, doctors finally stumbled upon the answer during a series of blood tests. Daniel was in the lethal range of lead poisoning.

When Daniel was in school, he used old window shutters in his apartment on campus as a rack to hang his pots and pans. Over time, remnants of flaking paint from those shutters were getting into these pots and plans that he cooked with everyday. And without knowing it, he was slowly being poisoned by lead.

After figuring this out, it all made sense. He was finally able to have the closure he needed to move on. But that next step wasn't easy. He still had to figure out what to do with his life.

After picking up the pieces, Daniel redefined himself by opening up a tailoring company called Bindle & Keep.  Although the shop welcomes everyone, Daniel's work has particularly resonated with the transgender community. One of his clients, and a good friend of Daniel's, Everett Arthur, spoke about how getting his very first custom-fitted suit changed his life.

Daniel found a renewed sense of purpose by fostering meaningful connections with his clients. They often come into the shop to have real conversations, and share their personal stories. American actress and producer, Lena Dunham has since produced a documentary about Daniel's shop -- Suited (HBO Documentary Films)