Proof the '70s was the strangest decade ever

From reports of alien abductions to the battle for the beaver, here are some of the strangest interviews from an usual show in a very odd decade.

When Chairman Mao, UFOs, Alice Cooper and more collided on As It Happens

Weird things happen all the time. But more of them than usual seemed to have happened in the '70s. And As It Happens embraced it.

From reports of alien abductions to the battle between New York state and Canada over who could claim the beaver, here are some of our strangest interviews from a very strange decade.

Do aliens have moustaches?

You'll have to get abducted to find out for sure. But when As It Happens host Barbara Frum asked American logger Travis Walton in November 1975 about his story of being abducted, he answered confidently in the negative.

The interview covers everything you ever wanted to know about being taken on a trip by aliens, from how aliens eat (with tubes) to what the aliens look like (hairless and blobby) to how smooth the ride is in a UFO (alarmingly smooth).

Walton's tale of a several-day-long expedition with the extraterrestrials remains one of the world's best-known abduction stories. He wrote a book about it called The Walton Experience, which was adapted into the 1993 film The Fire In the Sky.​ 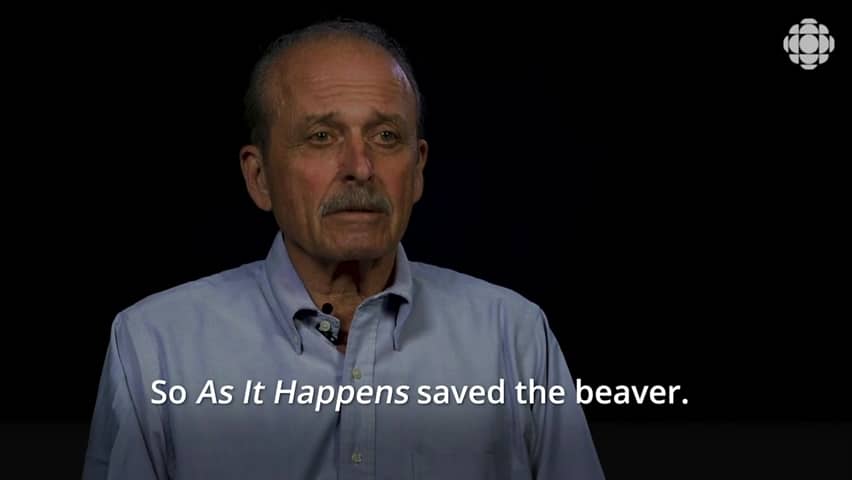 How As It Happens saved the beaver

In 1975, a New York politician moved to make the beaver a state symbol, much to the shock of then-As It Happens producer Mark Starowicz.

"We called him up and said, 'You can't do that. It's the national symbol of Canada," Starowicz said during a 50th anniversary video shoot. "And he said, 'Well, actually, you folks never registered it.'"

And so began an As It Happens campaign to save the beaver as a Canadian icon.

"It went on for weeks," Starowicz said. "We would commission orchestra quartets, poets." 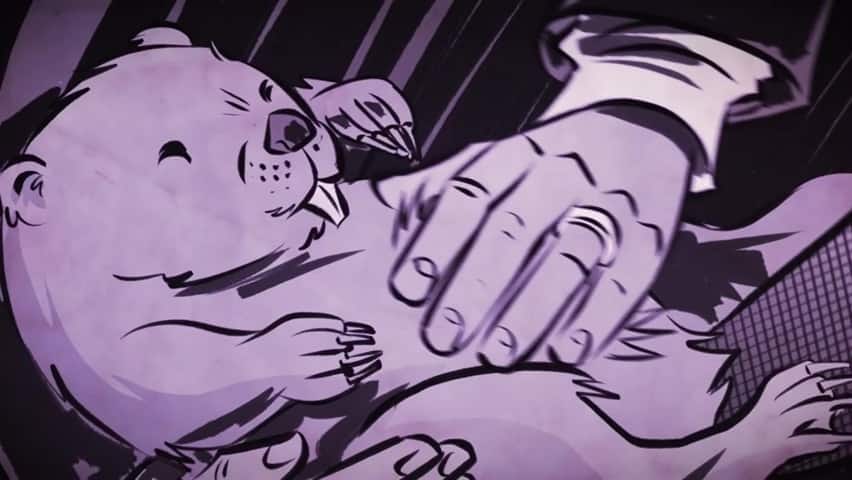 A beaver visits As It Happens

Canadians, it turned out, really gave a dam.

The As It Happens team garnered petitions and letters of support, and even had a beaver appear live in the studio — only to pee all over co-host Alan Maitland.

The hard-fought battle paid off.

On March 24, 1975, the Parliament passed "An Act to provide for the recognition of the Beaver (Castor canadensis) as a symbol of the sovereignty of Canada."

Alice Cooper was welcome in Canada in the '70s. His snake Angel, however, was not.

When the shock-rocker tried to get the nine-foot boa constrictor into the country for his 1977 tour, it was refused entry because of lack of documentation.

"Angel is absolutely brilliant on stage," Cooper told Frum. "I've gone to 15 or 20 countries in my whole life and I've never, ever had to [produce a snake's life history]."

Cooper flirted with Frum, calling her "salty as hell" and asking her if she was coming to his show.

"Who do think you're talking to? Margaret Trudeau?" she replied, referring to the wife of former prime minister Pierre Trudeau.

Frum asked Cooper when he would give up the rock-and-roll life. The 29-year-old Cooper said he would quit at 35. He is on tour this year at the age of 70.​

A Nazi in disguise says Hitler hid UFOs in the Arctic

"It's hard to believe that someone could link Hitler and UFOs, our two favourite subjects on As It Happens, but you apparently see them coming together. How?" Frum asked at the start of this February 1975 interview with a man calling himself Christof Friedrich.

Friedrich proceeded to tell Frum about his theory — outlined in his book UFO's: Nazi Secret Weapon? — that UFOs were invented by Adolf Hitler and remain secretly stored in the Arctic, ready to strike for the Fourth Reich.

But something beyond the obvious seemed off about the interviewee to former As It Happens producer Steve Wadhams. He noted that Christof and Friedrich are the middle names of Ernst Zundel, Canada's most famous Nazi — and a well-known UFO enthusiast.

What's more, Friedrich's book, which he described as "self-published," was actually published by Samsidat Publishing Co., a publishing company owned by Zundel.

As It Happens staff weren't the only ones to suspect Friedrich was actually Zundel in disguise. According to documents edited by Zundel's lawyer, this interview was later used against him in court.

As It Happens caught up with Smallwood fresh off his return from China in October 1972.

"They really rolled out the red carpet for me — red, in the old sense," the former politician told Frum.

Smallwood visited China months after then-U.S. president Richard Nixon. He bragged that there had been plans, signed off by then-prime minister Lester B. Pearson, for him to escort the president.

"That made me sick in the stomach when I watched him on TV going to China, and me not with him," Smallwood said.

The ex-premier had words of praise for the leaders he met — then-Chinese premier Zhou Enlai and Chairman Mao's wife Jiang Qing.

"She's the woman who really was the driving force behind the great Cultural Revolution," he said.

With files from Sheena Goodyear and Alison Broverman