Heroes and survivors: 5 heart-wrenching interviews from As It Happens

Faced with violence, disease and unfathomable loss, ordinary people discover just how extraordinary they really are.

From Polytechnique to the Vegas shooting, incredible people tell their powerful stories

And when they are faced with violence, disease and unfathomable loss, these ordinary people discover just how extraordinary they really are.

The following stories are about those people, and we thank them for being brave enough to share their experiences with Canadians through As It Happens.

Terry Fox says it doesn't matter if he lives or dies

Six months before Terry Fox died, he told then-host Barbara Frum that it "doesn't matter whether the cancer spreads or not."

"I have a belief in God and that no matter what happens to me, things are going to be OK," he said two days before Christmas in 1980. "I'm going to either go to heaven or I'm going to continue doing what I am right now."

It had been 11 months since the 22-year-old amputee's cancer had returned, forcing him to cut short his cross-country Marathon of Hope.

During that time, he had received an outpouring of support from Canadians, was awarded the Order of Canada and watched a nationally televised telethon raise $10.5 million for cancer research in his honour.

"I realize that fighting cancer is your uppermost thought, but what you've done for this country's sense of itself and what its people can be, I hope people have made that clear to you," Frum told him.

"That's something I never, ever dreamed of," Fox replied.

"Nobody in Canada would want a united Canada more than me. And to hear from people that I had a part in that, that makes me feel really good." 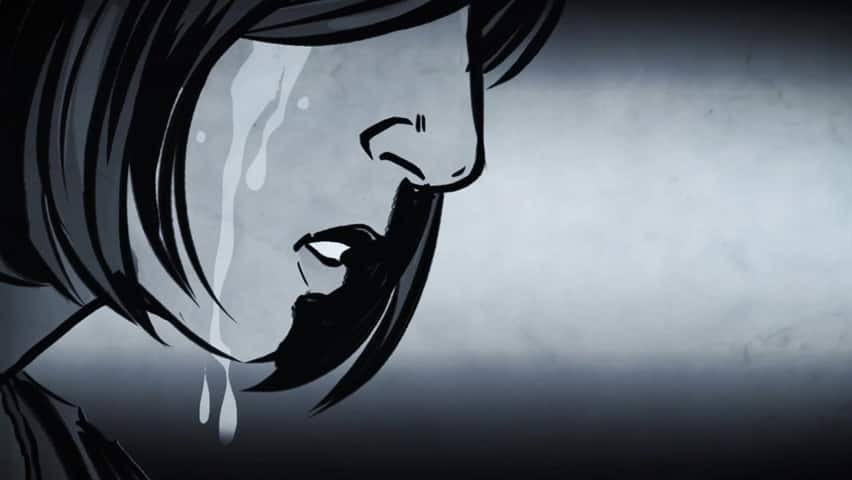 2 years ago
3:15
The last thing Cpl. Nathan Cirillo likely heard before he died from a gunshot wound on Parliament Hill on Oct. 22, 2014, was the voice of Barbara Winters telling him he was good, brave and loved. Winters told As It Happens host Carol Off about his final moments. (Animation by Ben Shannon) 3:15

École Polytechnique shooting survivor Nathalie Provost maintained a defiantly sunny disposition as she spoke to host Michael Enright from her hospital bed on Dec. 11, 1989, where she had just watched the funeral for her 14 classmates live on TV.

Asked about her future, she said she would honour her fallen sisters by living out her dream of building a more "beautiful world" on a foundation of respect for human life.

Enright was moved by Provost's optimism.

"After you've gone through the nightmare, and you saw your friends today being buried at mass, you still believe in the world," he said to her.

"After the shot of hate that I had, I had a shot of love, you know? And I feel it," she replied.

"Because of that, I am sure that the world is beautiful, but we have to work to make it a reality."

Provost would go on to complete her degree in mechanical engineering and become an advocate for gun control in Canada.

Comforting a dying soldier: 'I told him he was loved'

The last thing Cpl. Nathan Cirillo likely heard before he died was the voice of Barbara Winters telling him he was good, brave and loved.

The 24-year-old corporal was serving as ceremonial guard at the National War Memorial on Parliament Hill in 2014 when a gunman opened fire, striking him twice in the back.

While almost everyone else ran away from gunfire, Winters — a former naval reservist with experience as a medical assistant — ran towards it.

She joined a group of bystanders performing CPR on Cirillo, and she held his hand and spoke to him and he lay bleeding at the statue's base.

"I said, 'Just think what you were doing when this happened. Just think, you were standing at the cenotaph. You were honouring others. Just think of how proud that would make your family. Your parents are so proud of you. Your family must love you so much.'"

Forgiving the man who murdered his son

When Michael Berg was asked for his reaction to the death of the man believed to have beheaded his son, he said: "Sadness at the death of a fellow human being."

American contractor Nicholas Berg was decapitated by Islamic militants in Iraq in 2004 in retribution for the torture of Iraqi prisoners by U.S. soldiers at Abu Ghraib. The CIA named al-Qaeda leader Abu Musab al-Zarqawi as the killer.

His grieving father spoke to As It Happens guest host Christopher Thomas after Al-Zarqawi was killed in a 2006 U.S. airstrike.

"There were people that loved him and there are people that are now suffering the same pain that my family and I have suffered," Berg said.

"I cannot and I will not ever justify revenge, because that would justify my son's death."

Canadian musician Peter Katz was so moved by that interview, he wrote a song about it called Forgiveness.

"It meant so much to me because that's what I would want to be able to do, and that's the way I see the world and I think that potential exists in everybody," Katz told Off in a 2007 interview.

The pair reunited on As It Happens in October.

Bartender stays by Canadian's side during Vegas shooting

Vegas bartender Heather Gooze struggled for words as she described staying by a Canadian man's side for more than five hours when he was killed in the 2017 Las Vegas shooting.

"I couldn't just leave him by himself," she told Off through sobs, just hours after the traumatic ordeal had ended.

Gooze had been serving drinks at a music festival on Oct. 1, 2017, when shots rang out "like fireworks" and a group of men rushed into the bar with a bleeding man stretched out on a piece of security fence.

She checked his vitals, but he was already dead. She had no idea who he was or what to do. Then his phone started ringing.

She learned from the dead man's friend that his name was Jordan McIldoon, and that he was a 23-year-old man from Maple Ridge, B.C.

For the next 5 1/2  hours, Gooze stayed with McIldoon until the police came.

She described how she reached out to his mother and to his girlfriend, who had become separated from him during the shooting, and vowed not to abandon the young man amid the evening's chaos.

Before ending the interview, Off made sure Gooze had someone nearby to care for her — as she had done for McIldoon and his family.

"I'm so glad you were there," Off said. "I think you're a very special person."

"You are," Off interjected. "And I think that you deserve a great deal of thanks."

With files from Mitchell Thompson and Alison Broverman