Colleague to Russian journalist who faked his own death: 'You owe me a couple of beers'

For 24 hours, Ondrej Soukup thought his friend and colleague Arkady Babchenko was dead — until he appeared on stage at a press conference about his own murder.

For 24 hours, Ondrej Soukup thought his friend and colleague Arkady Babchenko was dead — gunned down near his Kyiv apartment, allegedly at the hands of Kremlin cronies.

Then Babchenko appeared on stage at a press conference about his own murder.

Babchenko, a Russian journalist and strong critic of the Kremlin, revealed that he had worked with the Ukrainian Security Service to fake his own death in order to catch the person who had ordered his assassination.

Details about the sting are still murky, but investigators said Wednesday they had identified a Ukrainian citizen who had been recruited and paid by the Russian security service to organize and carry out Babchenko's killing.

Soukup, a journalist with the Prague newspsper Hospodarske Noviny, spoke to As It Happens host Carol Off about the whirlwind of a story. Here is part of that conversation.

Andray, has it fully sunk in for you that your friend Arkady is actually alive?

It was just [an] amazing feeling because I couldn't dream that this very sad news will prove [to] be false.

You believed your friend was gone.

Yeah, definitely, because he wouldn't be the first.

I used to be Moscow correspondent also and I've known lots of Russian journalists. Some of them were killed or murdered.

Killing is part of the risk of the profession. 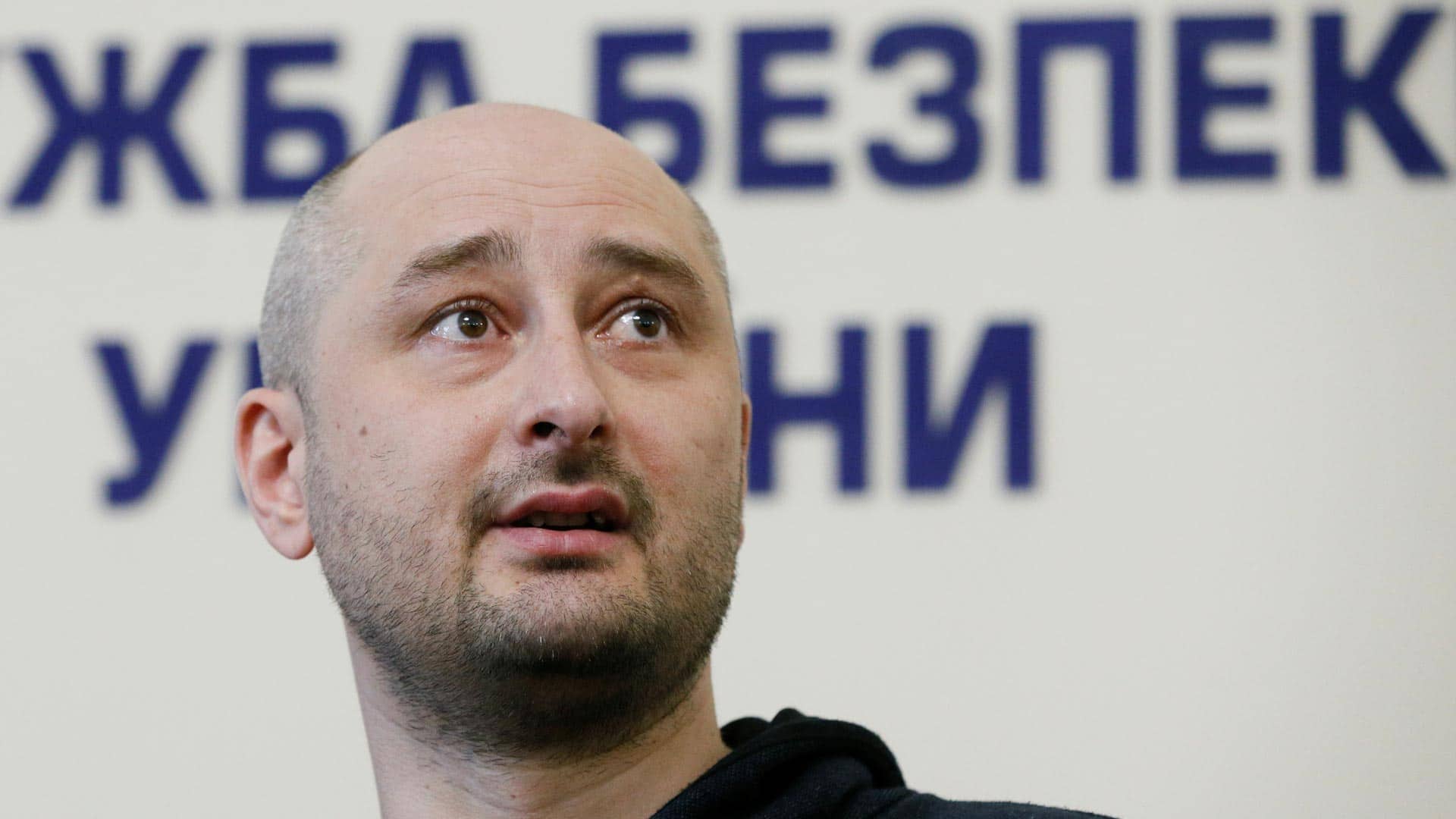 2 years agoVideo
0:18
Russian journalist Arkady Babchenko is alive and well after Ukraine's security services said at a news conference today his death was faked to foil a murder plot 0:18

Can you describe this press conference that took place today, this remarkable event?

It started with the head of the secret services bureau.

And suddenly Arkady was there on stage, you know.  And all the social networks started to be overwhelmed with all the screaming and "He's alive!"

But did anybody know that this was a fake death? It seems that even his wife was left out of the loop. He began by apologizing to his wife for faking his death.

Yeah, that's incredible and I think that for the sake of his marriage, I'm hoping that it's not really true.

He actually said that he's apologized for everything that she had to come through in the last two days, so I can interpret it as well that maybe she knew but she couldn't say anything to anyone.

So I hope they were not as cruel to let her think that he's already dead.

Do you accept his apology?

He said it as well, you know, that he is apologizing, that he knows this feeling when your colleague or friend is pronounced dead. It's a horrible feeling.

There was film of him being shot. There were, I understood, the media reports that he was face-down in a pool of blood with bullet holes, he had just been going out to buy some bread and was shot near his apartment, and all of this was reported in great detail.

Do you know what that was supposed to accomplish as far as catching this wannabe assassin?

They needed proof for the organizer [who is] paying money for this murder.

As a journalist, what do you make of this strategy? Because what we're hearing from the Kremlin, they are saying: Well there you go, journalists make things up, fake news, when they accuse us of killing someone, maybe it's not true.

You have international agencies who were condemning Russia for being involved in this ... all kinds of major players were responding.

Is this a rather dangerous thing to do?

It's definitely double-edged, and I think it will depend on what they really found out.

If they will have proof of direct Russian involvement in this killing attempt ... maybe it's justified.

If it's just to get some low-rank contract killer, it will have more damage than good.

What are you going to say to your friend Arkady when you see him?

I will hug him and I will say, "OK brother, you owe me a couple of beers for the feeling that we had for almost 24 hours when we were mourning you."

And I think that he will, you know, buy some beers.

Written by Sheena Goodyear with files from Associated Press. Interview produced by Chris Harbord. Q&A edited for length and clarity.