It turns out male crabs and male football players have something in common — they both like to celebrate their successes with a victory dance.

It turns out male crabs and male football players have something in common — they both like to celebrate their successes with a victory dance.

After defeating an opponent in a particularly gruelling battle — which mostly involves circling a foe and pushing it until it backs off — a male mangrove crab will bust a move.

It points one claw downward while moving the other up and down, almost as if it's punching the air. 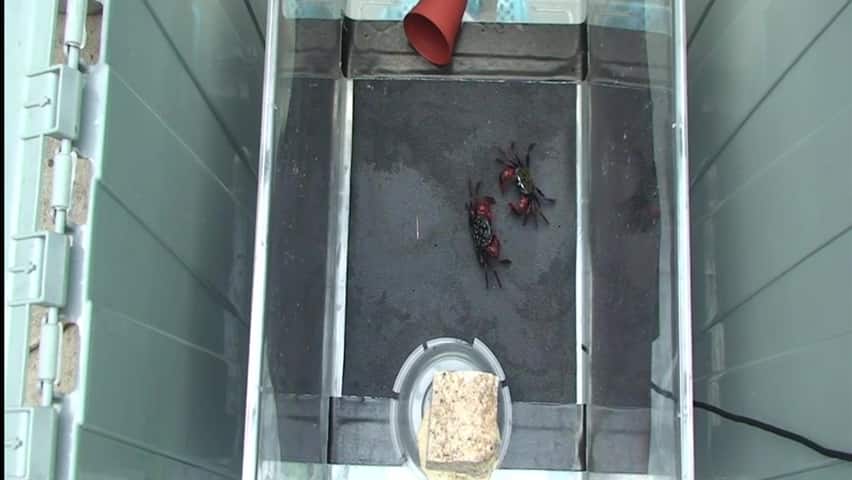 Watch this grab do a victory dance after besting his opponent

3 years ago
0:22
When a male mangrove crab wins a fight, he celebrates with a unique dance, according to a new study published in the journal Ethology. 0:22

At first, scientists thought this was a way for the victor to show off for nearby females, but a new study out of the National University of Singapore suggests it's actually a way to "browbeat" the loser.

"They are doing it for two reasons and they are not mutually exclusive," lead researcher Paul Chen told As It Happens host Carol off.

"One is to prevent the loser from re-engagement and the other is to announce the victory to nearby observers so that they will not try to engage a contest with it because it's a strong individual."

To come to this conclusion, Chen and his colleagues set up a tiny fight club, staging and filming dozens of crab battles and observing how the losers responded to the move.

"Whenever the winner approaches it, it will back off quickly to avoid re-engagement," Chen said.

When upward facing claw up and down, it rubs against the downward facing claw,  generating a vibration that can't normally be heard by the human ear.

Chen's team used a microphone attached to the bottom of a crab tank to record the sound.

The scientists suspect the vibrations are carried through the ground as a warning to the loser and other nearby male crabs.

"Its about victory," Chen said.