Michael Freeman, a policy adviser to Israel's minister of foreign affairs, says his country is only targeting Palestinian militant groups with its airstrikes in Gaza, and called civilian casualties "an absolute tragedy." 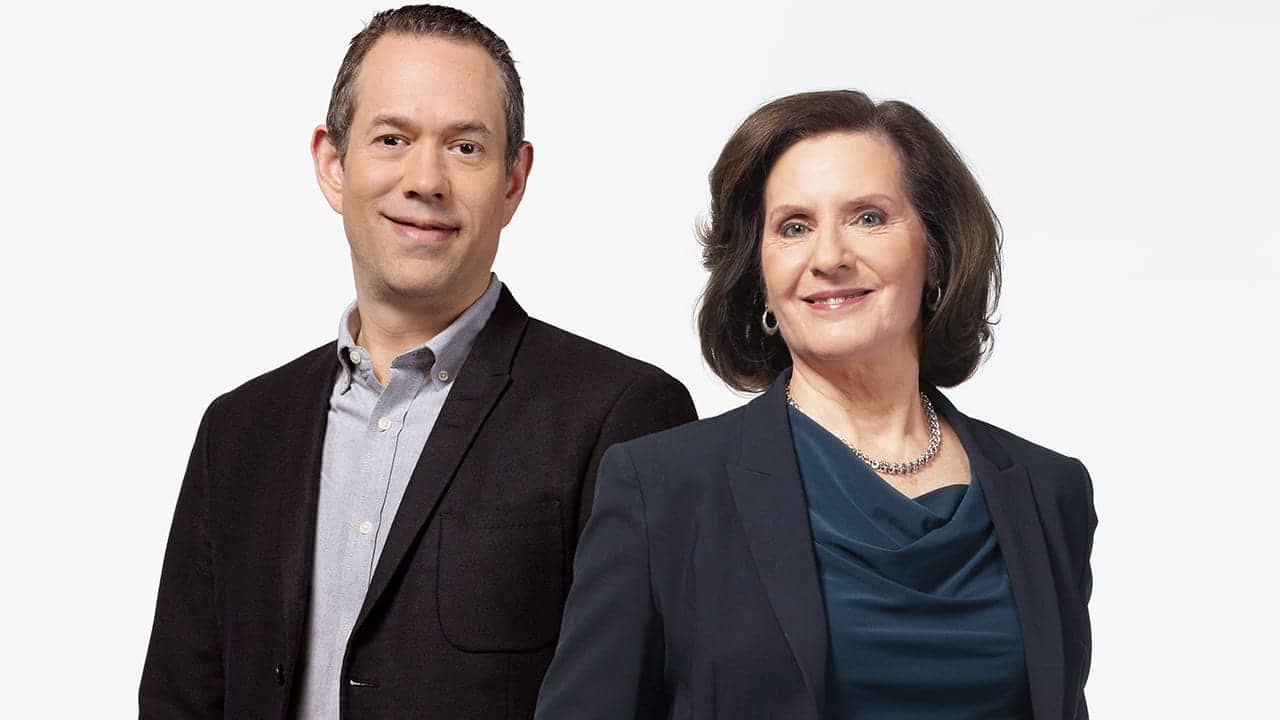 Michael Freeman, a policy adviser to Israel's minister of foreign affairs, says his country is only targeting Palestinian militant groups with its airstrikes in Gaza, and called civilian casualties "an absolute tragedy."

Violence has been ramping up in the region in recent weeks as Israel bombards Gaza with airstrikes, and Palestinian militants launch rockets across the border into Israel.

The Israeli army says its forces have killed around 130 Hamas fighters and another 30 from Islamic Jihad. Israel routinely cites a Hamas presence as a reason for targeting residential areas with airstrikes.

Freeman spoke to As It Happens host Carol Off on Tuesday. Here is part of their conversation.

We are hearing support for a ceasefire both from the United States and the European Union at this point. Will you heed those calls or will the airstrikes and the attacks on Gaza continue?

As you know, we've been subjected to 3,500 rockets from Hamas in the Gaza Strip. And before we have any ceasefire, we need to make sure that any ceasefire is a long-term one. There's no point in having a ceasefire that after 24 hours or 48 hours or a couple of weeks, it comes back. We don't want to have any sort of Band-Aid solution. It needs to be a serious answer to stop Hamas and their rockets that will bring a sustained period of calm to both the Israelis and to all the people here, but also for the Palestinians as well.

So I'll take that as a "no." You're not going to stop the strikes.

Hamas started this. We've got 3,500 rockets being fired onto Israeli towns and cities. Millions of Israelis are in their bomb shelters, not able to live their life. And we need to be able to make sure that we stop those rockets.

I think maybe our listeners should know what you and I both know, which is that when you speak of 3,500 rockets being fired at Israel, that you have something called the Iron Dome, don't you? It is a missile defence system that means that 90 per cent of those rockets never land on Israel. You've said elsewhere in other interviews that a large number of these rockets aren't even getting to Israel; they're landing in Gaza. So let's just give people a better sense of what the threat is that you are faced with and what kind of response you're giving to that threat.

The threat is very real. Even if only 10 per cent of those rockets land, that's still over 300 rockets landing on Israeli towns and cities.

As you know, the people in Gaza don't have an Iron Dome, and they are talking about hundreds of deaths — [213] people so far, 61 children, according to the Gaza Health Ministry. Some 2,500 people are homeless. You have destroyed approximately 90 buildings, many of them housing where people lived, where they had their jobs, where they had their businesses. ... You say that you have a right to defend yourself. And of course, that's true. But … would you not call this grossly disproportionate to the threat that you are facing in Israel?

I think the death of any innocent is an absolute tragedy. And as the father of two young children, it really breaks my heart. And I think that's the reason we need to get rid of Hamas.

How do you know that? We're talking about 61 children. Are they Hamas terrorists? Is the doctor that we did a story about last night — who was, by all accounts, an apolitical man who was helping people in his community — was he Hamas?

Let's just talk about what started this present round. Because Hamas says [the reason] they are firing at you is because of the actions that the Israelis have taken. Number 1, at the Al-Aqsa mosque where police raided during the holiest day of Ramadan ... with stun grenades, with rubber bullets, with tear gas. And that wasn't the only occasion when that happened. Now, we are also seeing that they're responding to the planned evictions of Palestinian families from East Jerusalem. Hamas is saying it is responding to the attacks that you have made on them. They've also pointed to the fact that ... mobs of Jewish men who have gone through Arab neighbourhoods in Israel calling "death to Arabs," who have smashed stores and in one case, dragged a man out of his car, a Palestinian, and beat him nearly to death. That was all on international television. So they are responding to some extent. Can you not acknowledge that?

In terms of disputes in Sheikh Jarrah, this is a complex and long-running dispute between a group of people, a group of Israelis who say they own the land and a group of Palestinians who say they have the right to live there. And that's currently going through the court case. That's currently going through the court system. And it's a complex legal decision that's been going on for over 10 years.

What rights do those Palestinians have in those courts to claim that that is their property?

No one has any qualm and questions the fact that they have total access to the Supreme Court, and the Supreme Court is a totally independent, well-respected judicial system all around the world.

What defence do you have for the raids in the Al-Aqsa mosque?

This year, that wasn't the case. A small group of provocateurs gathered rocks and stones and fireworks and other things within the mosque, and they started throwing them on Jewish worshippers down below. They started attacking the police.

The Israeli police decided to, like anyone else would, to restore order. Because people worshipping and people praying is something we encourage. It's something we want to happen. Having a riot is absolutely unacceptable.

We're talking about women and children who are inside Al-Aqsa mosque praying. So why should they be subjected to that attack by the police given that they weren't throwing stones?

There were lots of people inside the mosque, and the Israeli police went in in order to restore order.

Let's assume — and obviously I don't — but let's assume that what you say, that there's a court dispute that's going on, the police were heavy-handed in the Al-Aqsa mosque… let's say that you're correct. That doesn't justify Hamas firing rockets into Israeli civilian centres and killing women and children. They are doing this because they were looking for any convenient excuse.

That's not the fault of the children who have been killed, sir.

It's absolutely not their fault. And the thing that needs to happen for them is to remove Hamas.

No one, I hope, is suggesting that we should just say: Well, OK, they're firing rockets at us. They're killing Israelis. They're attacking our country. But because Hamas are doing that from next to civilian populations, we should just say, "OK, we just need to take this until Hamas decides one day they're going to stop."

That would just encourage terror. And it would make all of us in every country in the world a lot less safe tonight.