ISIS setting fire to crops in Syria and Iraq out of 'cold-blooded revenge,' monitor says

The number of wildfires in Syria and Iraq this year were significantly above and beyond what's expected for this time of year. Now officials and experts confirm the fires have been deliberately set. 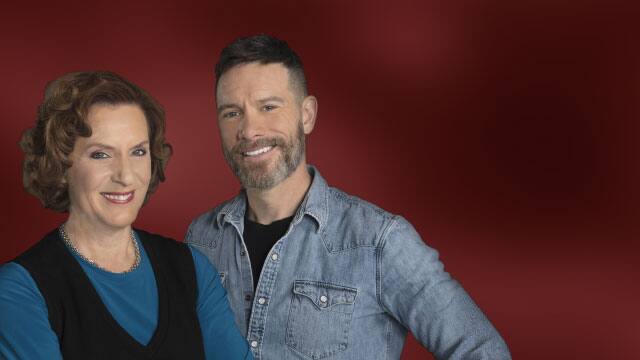 As It Happens6:45ISIS is setting fire to crops in Syria and Iraq out of 'pure revenge,' monitor says

Starting in May, tens of thousands of acres of crops across Syria and Iraq have been set ablaze, leaving already war-beleaguered farmers despairing during what is supposed to be harvest season.

The scorch marks are said to be visible from satellites.

ISIS militants claimed responsibility for the first of the fires in their weekly newsletter, urging followers to start more.

Peter Schwartzstein, a fellow at the Center for Climate and Security, which has been monitoring the spread of the arson, spoke As It Happens host Carol Off. Here is part of their conversation.

When did you first start noticing these massive crop fires across Syria and Iraq?

It was about a month ago when plenty of people — both within Iraq and Syria, and also those of us who were mostly outside — realized that the volume of wildfires happening was significantly above and beyond the regular, naturally occurring wildfires that often strike around this time of the year.

As that number of fires increased, and as their intensity increased, we started getting claims from ISIS.

What claims were you getting from ISIS?

ISIS have claimed, if I understand correctly, 90 per cent of these approximately 130 mega fires that have been recorded in Iraq alone.

Now, knowing what we know about ISIS and their tendency to claim even the local car crash down the street, we need to take all of that with a considerable pinch of salt.

But given the group's longstanding tendency in recent years to adopt scorched earth tactics, particularly in rural areas — poisoning wells, torching orchards — it's entirely characteristic of them to adopt an extension of that strategy and burn crops en masse.

When you say mega fires, how large are they?

By North American standards, they might seem pretty small in comparison. The suggestion is that the largest single fire is perhaps no more than 6,000 to 7,000 acres. But all told, we're talking kind of high tens of thousands of acres.

That might seem rather small-fry compared to a lot of what firefighters in your part of the world are dealing with — but when one considers that the amount of vegetation is really quite small to begin with, the impact is outsized.

What crops are they burning? What is on fire?

It's predominantly wheat. Right now, we're at the period when wheat is usually harvested before the pretty insufferable heat of the height of summer.

And what makes this so devastating is that after dealing with years of absolutely horrible drought and, of course, the absolute height of the campaign against ISIS and the conflict in Syria — parts of which appear to be slowly drawing down — this was meant to be the year that farmers finally saw an actual return on that kind of misery and hard work over recent years.

It must be dangerous. People live very close to their crops, don't they?

Particularly dangerous in areas in which ISIS maintains a kind of insurgent structure. There are a number of verified reports in which ISIS appeared to have laid explosive devices — mines — designed to kill the first responders, those who were looking to extinguish these blazes and nip them in the bud.

What would be the strategic value of destroying these crops?

It's seemingly twofold: strategic and emotional.

The emotional is that many of these fires have seemingly been targeted at farming communities and areas which rejected ISIS rule. This is a means of exacting retribution — pure, cold-blooded revenge — against those who ISIS cells, or perhaps ISIS at large, are harbouring serious grudges.

The strategic is [that] this is a means of keeping the countryside — the rural areas in which they really thrived as an organization — keeping them unstable and ripe for their potential re-emergence.

If the state continues to fail in tackling these fires ... then ultimately ISIS is betting that popular fury will turn on the state itself for its failure to maintain stability.

But it's possible that not all of these fires are being set by ISIS. Who else might be involved?

In the same way as copycat killings happen, it seems that plenty of others are piggybacking off of this ISIS-related phenomenon.

We have a number of these long-standing, long burning ethnic disputes, including some between fractured Kurdish and Arab communities in northern Iraq, which seems to have manifested in fires as well.

We've got reports of Iraqi government-affiliated Shiite militias [in] the northeast of Baghdad setting a number of communities ablaze.

And then we've just got plenty of even more localized stuff — shepherds and farmers perhaps torching one another's land out of envy or for perhaps slights, real or perceived.

It must be very difficult to try to research this because it would be very dangerous for the farmers to blame anyone — to point fingers — because they're vulnerable to all of these players, aren't they?

[This] is, for them, perhaps the latest manifestation of just years of endless horrors.

I've met plenty of farmers who have just thrown up their hands and said enough is enough and decamped to the cities.

And this latest bout of fires, I wouldn't be the slightest bit surprised to see plenty of other farmers just deciding that they can't hack it anymore.

Written by Ashley Mak with files from The Associated Press. Produced by Jeanne Armstrong. Q&A has been edited and condensed.