After LGBT apology, the story of Everett Klippert, the last Canadian to be imprisoned for being gay | CBC Radio Loaded
As It Happens

After LGBT apology, the story of Everett Klippert, the last Canadian to be imprisoned for being gay

Everett Klippert was the last Canadian to go to prison simply for being gay. He was declared a dangerous sexual offender and was sentenced to life in prison in 1966.

In the House of Commons on Tuesday, Prime Minister Justin Trudeau apologized to the LGBT Canadians who were persecuted for decades.

"You are professionals. You are patriots. And above all, you are innocent. And for all your suffering, you deserve justice, and you deserve peace," he said to civil servants, military members and Canadians who lost their jobs and were criminalized based on their sexual orientation from the 1950s to 1990s.

The Liberal government tabled a bill that would allow people who were convicted of same-sex offences —  such as gross indecency  —  to have their conviction expunged.

5 years ago
Duration 1:07
The Prime Minister apologizes to LGBT people who lost their careers in the military and security services because of the sexual orientation

It also pledged more than $100 million to compensate members of the military and other federal agencies who were "purged" from their jobs for their sexual orientation.

Everett Klippert was the last Canadian to be imprisoned for being gay. He was declared a dangerous sexual offender and sentenced to life in prison in 1966. The Supreme Court of Canada upheld his conviction until he was released in 1971, two years after then-justice minister Pierre Trudeau's bill legalized consensual homosexual acts. Klippert died in 1996.

John Ibbitson wrote a profile in the Globe and Mail last year on Klippert. He spoke with As It Happens host Carol Off about his reaction to the apology.

Why was Everett Klippert declared a dangerous offender?

Everett Klippert was a bus driver. He didn't have a lot of education. And he would pick up guys, sometimes he would even slip them a couple of bucks for what were essentially hand jobs, to be honest. And the police caught him doing it, got him to confess, sent him to prison for years.

Then he left, went to the Northwest Territories. They caught him doing it again, and they sentenced him to prison for more years. And at that point they said, 'Well, if he's going to keep having sex with other men then he must be a dangerous sexual offender.' So they gave him that status and the Supreme Court upheld it. 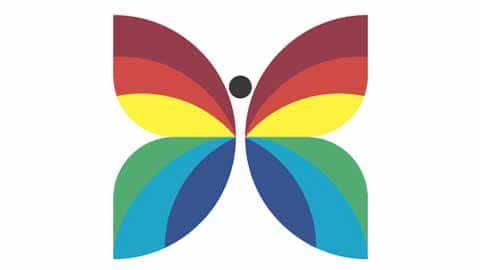 Digital Archives3:15NWT man jailed for being gay
Justice Minister Pierre Trudeau responds to a Supreme Court decision that Everett George Klippert should be locked up indefinitely because of his homosexuality.

And of course this is when Pierre Trudeau steps in and makes his statement as justice minister. When did Everett Klippert finally get out of jail?

The same-sex acts were decriminalized in 1969, but he was not released until 1971 on parole. So he spent almost a decade in prison, again just because he was having sex with men and didn't deny it, didn't hire a lawyer, didn't really have the education [or] the smarts to find a way to get off.

He didn't see himself as a pioneer in the gay rights movement. He was just a guy who loved driving trucks and, as it turned out, loved men as well.- John Ibbitson

He died in 1996. He was only 69 years old. Did you speak with members of his family about what they remember of him?

Yes and they loved him. They were very reluctant to dredge up this past, because they thought that their uncle has been victimized once and that he might be victimized again.

They described a man who was a their favourite uncle. He was jovial, he was good-hearted, he was generous, he was kind. He didn't ever want to speak about his past. He ended up actually getting getting married towards the end of his life. He didn't see himself as a pioneer in the gay rights movement. He was just a guy who loved driving trucks and, as it turned out, loved men as well.

But he is the symbol of this apology, oddly enough. But perhaps not oddly that it's Pierre Trudeau's son who is making the apology. So even though the law changed and it was no longer a criminal act, why were public servants still being kicked out or hounded out into the '90s?

Even if you were an enlightened person, you probably thought of this as some kind of awful disease. Certainly there was a tremendous stigma. The Cold War was on and the theory was that the Soviets would blackmail people in the public service, especially if they were in the military or in foreign affairs, and turn them into reluctant agents. Also it was just a good excuse to purge the public service of people who were thought to be socially undesirable.

Finally John ... what does it mean to you personally?

As a journalist and as a gay man it is pretty thrilling to have realized almost two years later that a court case that you read about online that made you go, "What the heck were they doing to put this guy in jail?" would lead — I must say, as a result of the stalwart support of the Globe and Mail throughout the entire process — to reports on the whole question of wrongful convictions on the question of persecution or prosecution in the public service. You know the business that we're both in, Carol. This is very cool.

This interview transcript has been edited for length and clarity. For more on this story, listen to our full interview with John Ibbitson.