A Lebanese charity is hailing the Chilean "heroes" who found signs of life beneath the rubble in Beirut 29 days after a massive explosion gutted the city.

Rescuers detected what they believe is a human pulse, 29 days after an explosion rocked the city of Beirut 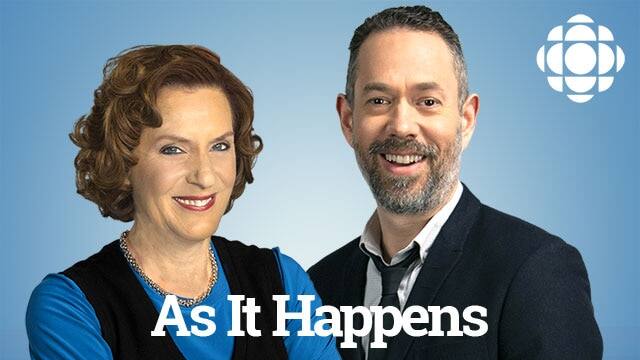 As It Happens6:59Beirut charity worker hails Chilean 'heroes' who may have found signs of life beneath the rubble

A Lebanese charity worker is singing the praises of Chilean volunteer rescuers who found what they believe are signs of life beneath the Beirut rubble 29 days after a massive explosion gutted the city.

The volunteer team was working near a collapsed building 400 metres from the blast site on Thursday when their sniffer dog detected something.

Using audio detection equipment, the rescue workers found what they believe is a human pulse, beating at 18 beats per minute. They suspect there is a person beneath the rubble, alive but comatose, and are working to rescue them safely.

It's a small glimmer of hope in a city reeling in the aftermath of the Aug. 4 blast, in which 2,750 tonnes of ammonium nitrate exploded at the port, killing at least 191 people.

Akram Nehme is founder of the Beirut charity Achrafieh 2020, which helped bring the Chilean volunteers to the city. He spoke to As It Happens guest host Helen Mann on Thursday. Here is part of their conversation.

Describe for us just how dramatic this scene is in Beirut tonight as this rescue team digs through the rubble.

Tonight, we are with a rescue team from Chile [comprised of] 14 [people] and a dog.

They have a life detector that [found] ... a pulse in the rubble. And this detector detected that this body was having 18 pulses per minute, which means [they are] alive. Near [this person is a] dead body. And they are trying to make like a tunnel to the body.

So what is it like around there? I mean, there must be people gathering around to see what is happening.

They closed all the roads and they had made like a security corridor.... Nobody can enter.

You mentioned that this is a group of Chilean rescuers. What are they doing in Beirut? Why were they brought in?

My NGO, Achrafieh 2020, have a relation with the Lebanese community in Chile, and we have the chance to have in Chile, our Lebanese ambassador, a super hero lady named Mrs. Joumane Khaddage Zahalan.

And she made all the efforts since the 4th of August to help Lebanon by fundraising, by sending medicines to us, by sending alcoholic gel. She is doing great there with the Lebanese community.

And it happens that in Chile, they have one of the best rescue teams in the world. Their name is Los Topos Chile. In Chile, those guys are heroes. And they are volunteers. They are an NGO. And they participated in Brazil, in Tehran, in Egypt, in Iran, in Mexico since 1985.

They are very well-known, and our ambassador, with the aid of the Lebanese community, made the fundraising [to] make this trip possible to Beirut.

I understand there is a large Lebanese population in Chile. Is that right?

Exactly, but the nice thing there and what is very, very big emotion, is that community emigrated in the 19th century. So maybe more than 95 per cent of the Lebanese people there, they have never been in Lebanon, don't know Lebanon.

But they have such a big solidarity, such a big love for the country that they are making too much effort. And they send us money. They send us bank transfers to help us with food, with medicine and everything. And we are in contact with them every day. And they are working day and night since the explosion to be able to help us.

You say now that the army has sort of shielded off the area to keep the crowds back. But there are videos showing thousands of people in that greater area as the life detector machine was activated and they're falling silent. Can you tell us a bit about that?

It was like two minutes of total silence with a very big emotion, and people were praying that a miracle can happen.

And across the country, people must be paying terribly close attention to all of this.

All [over] the country ... [people are] praying for this body to be alive, for a miracle.

Since they found a sign of life, they have been trying to get the person out. What's involved in doing that? How are they getting the rubble out of the way?

I don't know their techniques, but they told me that they will not use any machine in order not to put in danger if this body [has] a chance to survive.

And I guess, of course, they have to look out for their own safety too, the members of the team.

Look, where they are working is a very, very dangerous site, but they are big professionals. Those people are passionate people. I told you before, there are volunteers. They don't take any money. Those are people passionate [about] rescuing people all over the world.

What are people saying that it has taken a rescue team from around the world in Chile to come up to your country and to find someone alive, when you've got your own rescue teams working through the area?

This is what we call heroes. And now all the Lebanese population look at them as heroes. And we are very, very, very grateful to them.

Your charity has been doing a lot of work since the explosion besides bringing this team in. Tell us what kind of assistance you're offering right now. What do people still need?

Those people have no financial resources, have lost their homes, and we are working really seven days a week, 21 hours [out of] 24 every day, to be able to make a little difference.

And thanks to all our Lebanese disapora all over the world, who show us a big, big love and solidarity, we are receiving funds. We are receiving in-kind donations, medicines, everything.

But the catastrophe is very big.