To see the impacts of climate change, Matthias Huss brought hundreds of people up a mountain in the Swiss Alps for a funeral to commemorate a melting glacier. 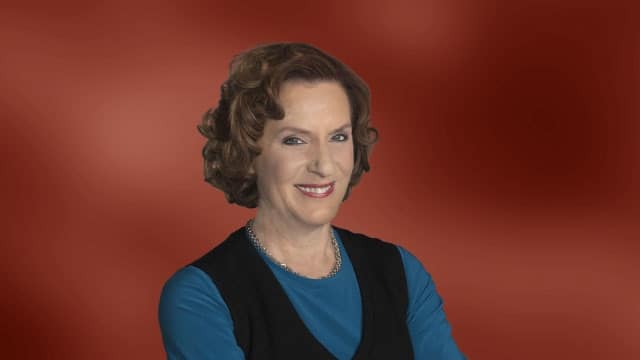 As It Happens6:30Hundreds gather in Swiss Alps to mourn the death of a glacier lost to climate change

A group of 250 people gathered in Switzerland on Sunday to mourn the loss of a loved one. But it wasn't a person they were bidding farewell to. It was a glacier.

The Pizol glacier — located in the Swiss Alps near the borders with Liechtenstein and Austria — has shrunk so much that it will no longer be officially monitored, says Swiss Federal Institute of Technology glaciologist Matthias Huss. That's a first in Switzerland.

Huss, who has been studying this glacier for years, spoke to As It Happens host Carol Off about why he organized the event and what the glacier tells us about the impact of climate change. Here is part of their conversation.

How do you go about mourning the end of a glacier?

It's a very special thing. It's the first time this was ever done in Switzerland.

It's located in a rocky mountain flank, below a summit that is quite well-known for hikers and climbers.

It's quite a walk — about two hours of climbing.  We stopped on a little hill just in front of the remnants of this glacier.

And what did you do there?

We gathered together. We looked up to the glacier and then there were three speeches.

I had the first speech, being the scientist among the speakers. Then there was a speaker describing the problems of climate change in this country. And then, at last, there was a priest from the village at the bottom of the valley.

There were some rocks put at the foot of the glacier to say goodbye.

Many people were dressed in funeral coats, like in black, with hats. It was quite a funny scene to see because that is not what you normally see at the glacier.

But not a funny event, was it?

No, it was not at all a funny event. But, nevertheless, I mean, it was not the death of a person. It was different.

Everybody knew that it's not a funeral for a living thing. But still, many of us somehow see a glacier as kind of a living thing because we have a relation built up to a glacier.

This glacier, Pizol, has been monitored since 1893. But now it's the first to be taken off the Swiss glacier surveillance network, is that right?

Yes, exactly. So we're really not continuing this monitoring any longer because the data is not representative.

I will still probably go up there next year, but more to observe how a glacier is doing when it's actually completely vanishing and dying.

So, as a glacier, it's dead. It doesn't exist anymore.

I would say it is dead. Although, there is still some ice. But it's very small and it has now fallen into individual pieces.

So there is still some glacier ice left but it's very small and it's just a sad sight.

How much has it diminished? What have you seen, even in the time that you have been part of the monitoring?

When I started monitoring in 2006 ... it was already a small glacier. But it was [an] intact glacier — so a glacier starting at the very mountaintop and then flowing down. The ice thickness was still more than 30 metres at several places.

And then, over the years, it has diminished every year, so we didn't see a single year with some gains of the glacier.

And then in 2018, it was really the tipping point that was reached because the ice got thinner and thinner and then, suddenly, it started to disintegrate.

Everywhere, rocks from the bottom came protruding out of the ice and this heated up more and then the glacier really fell into pieces.

And it is now almost completely covered with these rocks and debris falling from the top. So the colour isn't white anymore. It's really grey and dark and you actually see that it's dying.

As you point out, this is not the first glacier to die in recent time. It indicates the impact of climate change. It's a bit of theatre to commemorate the end of this glacier, but does it really matter to people in Switzerland? Do you think that the death of this glacier has the same impact for the larger society as it has on you?

The death of this glacier doesn't have a big impact on society. It's nice. It was quite well-known for hikers, for Instagrammers, because it was a nice site. But if it's not there, it's not a catastrophe. But still, it was a symbol.

I hope that we have been able to send out the message.

The pictures are strong and I think the pictures can transport the message because glaciers are really an excellent element to visualize climate change. It's much more visible than just a graph of rising temperatures.