'I'm feeling so proud': Sister of Viola Desmond, new face of our $10 bill

The Bank of Canada announced on Thursday that Wanda Robson's late sister, Viola Desmond, would be featured on the $10 Canadian banknote.

That was Wanda Robson's reaction to Thursday's news that her sister, Viola Desmond, would be the first Canadian woman to appear on the front of a banknote. Desmond will be the face of Canada's new $10 bills in 2018, replacing the country's first prime minister, Sir John A. Macdonald.

Viola Desmond, a black woman, defiantly sat in the whites-only section of a Nova Scotia cinema in November of 1946. She was sent to jail over it, and went on to fight the charge in court.

Robson, who's now 89, attended the announcement in Gatineau, Que., on Thursday.

"I'm feeling so proud, so excited and proud," she told As It Happens host Carol Off later in the day. "I want to open a window and tell everybody."

Here's an excerpt from that interview.

Wanda Robson: It was unbelievable that she had been arrested. And of course, I was a teenager then, and I thought: "Arrested? And she went to jail? Jail? My sister? She must have done something wrong. Oh lord, I don't know if I can face people again." I went from what happened, to me. Me, me, me. Very, very selfish. But when it did finally sink in what she had done and what had happened, I could hardly believe she had been arrested for sitting in a certain part of a theatre. 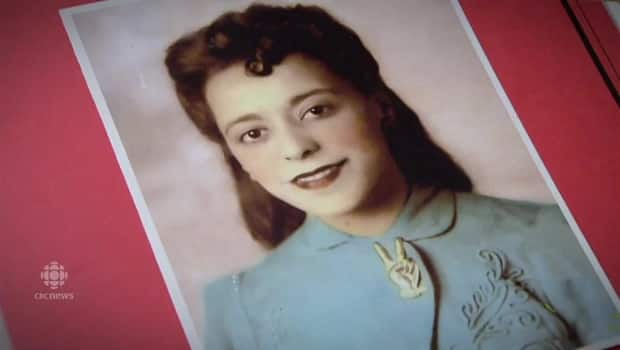 4 years ago
0:37
Black rights activist Viola Desmond will be the first Canadian woman to be featured on the country's $10 bill, beginning in 2018. 0:37

Carol Off: Did it surprise you that your sister would do that, that she would defy the authorities?

CO: What was she actually charged with?

WR: For trying to defraud the Nova Scotia government amusement tax of the grand sum of one penny, the difference in the tax price of sitting upstairs and downstairs.

CO: And upstairs, in this theatre, was where black people were supposed to go, and downstairs was where white people would go?

WR: No, she did not. She asked the cashier for one ticket downstairs, please. And the girl gave her a ticket for upstairs. And Viola went in on the lower area and sat down. She just sat down, and the usher said to her, "You can't sit here." "Well, why can't I?" "You have an upstairs ticket." So Viola said, "Well not to worry. I'll just go and pay the difference. I'll go to the cashier," which she did. The cashier looked at her and said, "We're not allowed to sell downstairs tickets to you people."

CO: And what did she do?

WR: It hit her right then and there what it was all about. It was her colour. She said to the cashier, "I didn't see any signs that said black people upstairs, and white people down." But she said, "Well, here's the difference of the price of the ticket that I owe you. I have to sit in the lower seats, because I always do when I'm in Halifax," she said. "And I like to sit close to the screen because my eyes are not good, and I always like it because it's easier for my eyesight." So she left [the money] at the cashier, and she walked back to the lower part of the theatre.

CO: And then what happened?

CO: And she was quite bruised. Do you know what happened to her, why she got so banged up?

WR: She put up a resistance to going out. And she wasn't going. She said, "I'm not going." So one took one arm and one shoulder, and one took the other. And then when they got to the door jamb going out of the theatre, she put her one hand on one side of the doorway and one hand on the other, so they just took her legs and her arms and were forceful.

CO: She fought this in court. She wasn't going to accept that she had done anything wrong. What was the reaction among your family, the community? Did she have much support?

WR: Yes. My sister got a great deal of support from the Nova Scotia Association for the Advancement of Coloured People. In fact, they wanted her to go out and talk about it like Rosa Parks did nine years later. But there were some of the black community that said she had no business going there anyway, and she was trying to pass for white, which she's not. And that nobody asked her to come here and plead our cause, we're fine with going upstairs. There were some that said she should have done as she was told.

CO: What would Viola say, how would she react, if she knew that she was going to grace this bill because of this story, because of what she'd done? That her image would be on the $10 bill?

WR: You know, I pause, because I close my eyes and I can see her face. She would be so happy. But she wasn't boisterously happy. She was happy, but not like I am – noisy. She would say, "Oh, I wish I could tell our mother and father. Wouldn't they just be so proud?"

CO: Would she be proud?

WR: Definitely. Quietly proud. Is that an oxymoron? To have this honour, I think there would be a bit of surprise, and then happiness for her family, for mom and dad, and then for herself.

​This interview has been edited and condensed. For the full story, listen to our interview with Viola Desmond's sister, Wanda Robson.