When John Amaya learned that U.S. immigration officials were erecting "wanted" billboards on highways with the faces of undocumented immigrants, he said his "first reaction was one of disgust and frustration." 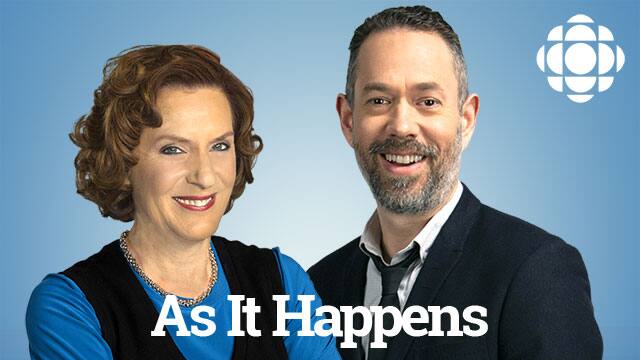 As It Happens6:53ICE 'wanted' billboards are partisan and dangerous, say former immigration officials

When John Amaya learned that U.S. immigration officials were erecting "wanted" billboards on highways with the faces of undocumented immigrants, he said his "first reaction was one of disgust and frustration."

"But I've got to tell you, I'm not surprised," Amaya, the former deputy chief of staff for U.S. Immigration and Customs Enforcement (ICE), told As It Happens host Carol Off. "Nothing that this president has done should surprise any of us anymore."

ICE on Friday installed the black and red billboards around Pennsylvania, which is considered a key swing state in the U.S. presidential election.

Each one features the face of an undocumented immigrant who was either charged or convicted of a crime and later released without being transferred to ICE custody, along with a list of their charges, the phone number for an ICE tip line, and the words: "Sanctuary Policies are a REAL DANGER."

While it's not clear whether ICE was acting on orders from the White House, Amaya and other former U.S. immigration officials said the move reeks of political inference and undermines the law enforcement agency's reputation.

Who is featured on the billboards?

The people on the billboards have all been released from local custody, either on bail or because they have served their sentences.

In each case, local police forces declined requests to detain them longer than is legally required so they could be transferred to ICE custody and ultimately deported.

"They have served their debt to society, or they're in process of doing that. There is no obligation by local law enforcement to hand over custody of these individuals to ICE," Amaya said.

In a press release, ICE described them as "at-large immigration violators who may pose a public safety threat."

The posters also take direct aim at so-called sanctuary policies, in which local officials refuse to co-operate with ICE.

"ICE will continue to enforce immigration laws set forth by Congress through the efforts of the men and women of ICE to remove criminal aliens and making our communities safer."

ICE did not respond to a request for comment.

Mike Dunn, a spokesperson for the sanctuary city of Philadelphia, said the billboards "are clearly intended to fuel anti-immigrant fervour one month before the election"

"It's no surprise: The White House, over the past four years, has attempted to create fear in our immigrant communities," Dunn said in an emailed statement.

"The frequent threats of deportation raids by ICE do nothing but make our communities less safe by driving people into the shadows and away from people working to keep them safe."

Amaya, who worked for ICE under the Obama administration, said he strongly suspects the billboard campaign was orchestrated by U.S. President Donald Trump's administration.

Sanctuary cities have long been a thorn in the president's side, and he rails against them often in speeches and at rallies.

"Decisions like these that are so large in scale, that reached the country in a very significant way, are not done in isolation. These have to be run through the secretary's office up at headquarters and, ultimately, have to be cleared by the White House," Amaya said. "There is no way the agency would have made this decision on its own."

What's more, Pennsylvania is a swing state in the ongoing U.S. presidential election, as well as the birthplace of Democratic nominee Joe Biden.

"[Trump] would love nothing more than to be able to take that electorally, but also to leave the vice-president, obviously, a personal black eye," Amaya said.

"It's such an offensive way to go about it, because in the end, this is not how a responsible law enforcement agency should go about doing its business. He just continues to demonstrate that he will use this agency in a political fashion so long as it benefits him, and doesn't care about the long-term well-being of the agency officers and the agents."

Amaya's concerns were echoed by other current and former ICE officials.

"How are they getting funding for it? How does that advance their mission?" John Sandweg, former acting ICE director, told CNN. "Running billboards, it's political messaging."

A current ICE employee, who was not named, told BuzzFeed News: "It's appalling, but so much about immigration enforcement under this administration has been for that purpose alone."

Amaya said the billboards are not only politicized; they are dangerous.

By including an ICE tip line, he said the Trump administration is sending "dog whistles to their supporters, to the president's supporters, about the fact that they are implicitly calling for help to apprehend and take custody of these individuals.

"Somehow, some way, someone's going to take matters into their own hands," he said.  "And it's conceivable that an individual is going to get hurt or worse."