Zimbabwean comedian who made fun of police abducted and beaten, say friends and family

Samantha Kureya, a Zimbabwean comedian who was reportedly abducted, beaten and forced to drink sewage water, has been threatened before because of her work, her colleague says. 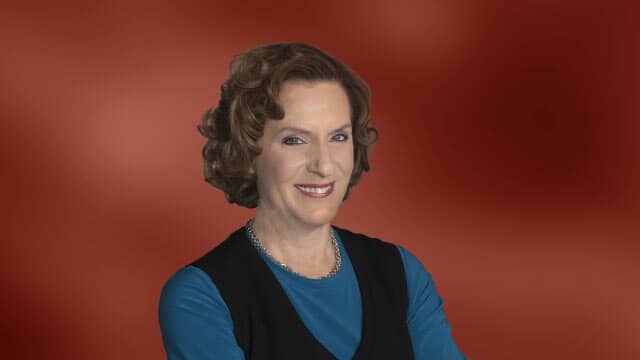 As It Happens6:01Zimbabwean comedian who made fun of police abducted and beaten, says friend

Samantha Kureya, a well-known Zimbabwean comedian who was reportedly abducted, beaten and forced to drink sewage water, has been threatened before because of her work, her colleague says.

Kureya and Mukwindidza work at Bustop TV, a media company in Zimbabwe known for its satirical skits on political and social issues — in a country where it is very difficult for comedians to joke about authority.

A group of masked and armed men broke into Kureya's house in Harare on Wednesday night, abused her, and let her go, her friends and family say.

CBC has not independently verified the allegations, which one government minister has publicly denied. Kureya was unavailable to comment because she's still recovering from her injuries, Mukwindidza said.

The Guardian reports that Kureya spoke with them from an undisclosed location, where she is in hiding receiving medical attention.

The masked men drove Kureya to a neighborhood outside Harare, Mukwindidza said.

"They harassed her, asking her about her work and forcing her to remove her clothes," she said. "That's when she was forced to drink sewer water."

"They started saying: 'You mock the government and we have been monitoring you'. They told me to lie down and instructed me to start rolling on the ground. They would instruct me to roll from either side and each time I did, I would get beaten. They started stomping on my back," Kureya told the Guardian.

Kureya was found three hours later, after someone gave her clothes and a phone to call her brother.

"She was walking around naked, but no one was really willing to assist her because they were also scared," Mukwindidza said.

Local police have not commented.

Kureya was taken to hospital, but she did not sustain any broken bones, according to the BBC.

Her brother, Jonathan Gasa, told the BBC that he was still worried about her health because she was forced to drink sewage water.

Arrested in February for skit

In February, Kureya, known by her stage name "Gonyeti," was arrested and charged with public nuisance after performing a skit in which she impersonates a police officer.

In the skit, Kureya plays a police officer who is seen beating civilians, while an actor impersonating a government official tells someone off camera that the government does not endorse violence — and any video to the contrary has been doctored by "the West".

He wrote on Twitter: "Gonyeti did a comedy on police … [and] it's apparent she has done another one on abductions. We will not be fooled."

Mukwindidza says Bustop TV received a threat on its Facebook page before Kureya was abducted.

"Someone commented on our platform that it was now Samantha's turn to get abducted, considering the number of abductions that have been taking place in our country," she said.

Threats to comedians are not uncommon in Zimbabwe.

Carl Joshua Ncube, who calls himself the "biggest Zimbabwean stand-up comedian in the world," says he has been threatened by both the government and religious leaders.

"My sense of humour has nothing to do with how happy I am," he said last year while speaking at TED Global in Arusha, Tanzania. "It's actually a symptom that I am afraid."

Mukwindidza says at Bustop TV, they try to initiate dialogue about all sorts of issues through satire — and that means sometimes people get upset.

"We don't know who exactly gets offended along the way," she said. "All we tried to do is talk about things that are missed by the mainstream media."

In November 2017, Zimbabwe's president Robert Mugabe was ousted during a military takeover after 37 years in power. Emmerson Mnangagwa then won a highly contested election, after promising "good days ahead" for the country.

The change in power gave hope to many comedians that they would not need to be fearful of the government, including Kureya.

In 2018, she told the BBC that Bustop TV was often banned from attending national events, but that she hoped comedians would now be allowed more freedom of expression.

But Mukwindidza says it's still too early to tell.

For now, she says they are focused on helping Kureya.

"We are just giving her time to process everything," she said.