As Canada ramps up restrictions, a Wuhan resident describes what months of lockdown feels like | CBC Radio Loaded
As It Happens

As Canada ramps up restrictions, a Wuhan resident describes what months of lockdown feels like

As It Happens reconnected with a Wuhan resident, who spent the last two months in lockdown. He said the very scary situation brought him closer to his parents and built trust in his community.

'People are standing in solidarity,' says man who has been in isolation with his family since January 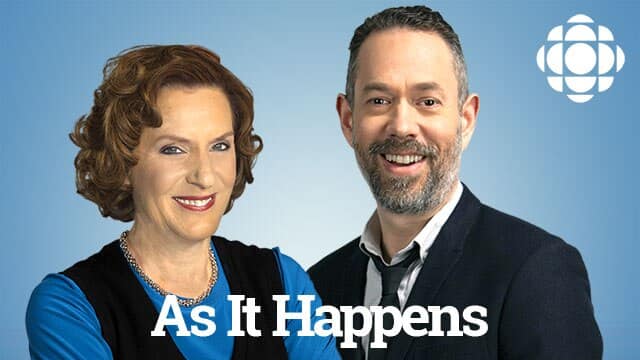 As It Happens7:14As Canada ramps up restrictions, a Wuhan resident describes what months of lockown feels like

As Canada and its provinces announce widespread restrictions on movement and commerce to stop the spread of the coronavirus, China is starting to relax its lockdown.

Canada had 2,035 confirmed cases of COVID-19, the disease caused by the coronavirus, as of Monday.

Meanwhile, the crisis is beginning to ease in China. In Wuhan, where the outbreak first emerged late last year, the government is allowing residents limited movement as its lockdown is gradually relaxed.

In January, As It Happens host Carol Off spoke to a resident of Wuhan, who said he was the most afraid he'd ever been. As It Happens agreed not to use his name so he could speak freely without fear of reprisal.

On Monday, Off spoke to him again to see what advice he could impart to Canadians who may soon be living in similar situations to the one he's emerging from. Here's part of that conversation.

What is your life like in Wuhan right now?

Right now, I think I'm quite relaxed. You know, staying at home with my parents for, like, over the past 60 days, it's a very precious chance for me to be with my parents for such a long time. And we share a lot of things because we couldn't really go outside. So a lot of times, we had to really spend time together and entertain ourselves.

Now it's getting looser. We can go outside, take a small stroll within the residential community, and also we can go shopping, but we have to stay outside until the salesmen deliver the goods to us and we pay ... without cash.

These months of being in lockdown, it's just so nice to hear that you got closer to your family during that time. What was the hardest part of being in [lockdown] these past 60 days?

First, the anxiety and the fear. Because, especially at the very beginning, people were so afraid and we didn't really believe the information published by the national media. We had to really just stay at home. And then whenever you hear somebody got diagnosed or passed away ... we'd fear that kind of thing would happen to us.

When we spoke with you sometime ago, many weeks ago, you had the same anxiety that you weren't getting reliable information from the government, that they were not telling you what was going on. And so do you feel now that you can trust what the authorities are telling you?

We don't really. Just for me, I don't really just rely on the information from the national media because over this period of time, you saw lots of lots of ordinary people become volunteers.

They go outside and they shoot videos and publish articles and news. So I think a lot of people trust the voice from those small independent media. And also, we have local writers. They publish their daily diaries to the people from across the country to voice our opinion. I think those independent media gave us a lot of information and confidence.

But on the other hand ... now I should say 90 per cent of the information published by the national media we can trust, because one cannot afford to lie to one another anymore. Because it would not only harm the whole city. It harms the whole country, and now it's the whole world. So I think no one can dare to tell another lie right now.

I'm sure you've heard that the president of the United States, Donald Trump, insists on calling this a "Chinese virus." ... How do people in China feel about that?

So for me, I should say it's sad to see that China and America are battling about this. And I think this is useless.

What advice would you give to us in Canada who are about to face what Wuhan has just emerged from?

And then a few days later, we saw that a lot of these people went to the hospital and got diagnosed because they got infected in those public areas. And actually, the food and drink are very sufficient. So later, the government had no choice but to close all the supermarkets and shops and stores.

So what we did is that we took a line within the community and then we picked up all the food and drinks downstairs of our apartment. So in this case, everybody just stayed in their own apartment.

You don't have people-to-people contact. I think this very effectively stops the virus from transferring to other places.

Everybody just focused their attention on the virus and all the people who got the coronavirus disease. In Wuhan, some people have cancer or they have to have an operation for other diseases, but they are forced out to get back to their house.

Other people, like physically disabled people, couldn't get food very conveniently. HIV-positive people, they couldn't go to the hospital to get medicine.

So we have a lot of volunteers and people to help other people. We don't really rely on the government to help us because they have their job to do and hospitals are fully occupied. People are standing in solidarity.

Written by Justin Chandler. Interview produced by Chris Harbord. Q&A has been edited for length and clarity.