When Anne Cools was appointed to Parliament's upper chamber, the designation "independent senator" wasn't one she could choose — but Canada's first black senator earned the title all the same.

Cools was appointed to the Senate by Prime Minister Pierre Trudeau in 1984, but split with the Liberals in 2004 over the party's support for same-sex marriage. Three years later, she was booted from the Tory caucus over public disagreements with Prime Minister Stephen Harper.

During her years as an independent, Cools has stoked controversy by defending embattled Sen. Mike Duffy during the Senate expense scandal and dismissing allegations of sexually impropriety against Sen. Don Meredith as "a personal matter."

Cools spoke to As It Happens guest host Matt Galloway on Monday about her 34 years in Canadian politics. Here is part of their conversation:

It's been more than three decades that you have been in Ottawa, and in that time I think it's fair to say you never really were somebody who was willing to go along with the flow. What was behind that?

If, by that expression, you mean that I have a mind of my own and that I think and I reach conclusions after very serious deliberation, then I would say you would describe me most adequately, and I would say most precisely and exactly.

That's part of what we're trying to get at, in some ways, is that the Senate can be a very partisan institution. It can be divided down particularly partisan lines and you are somebody who never really stuck with either of those lines. What was behind that?

I was brought to the Senate by Pierre Elliott Trudeau, and he had great respect for me and for my work — as as I did for him.

I remember with some vividness the day he called me to invite me to join the Senate, and I recall with great affection his often statement to me, which was always something to the effect that, "Anne, you have tremendous moral courage. You must persist in your moral courage," he says, "because you have a tendency to stand for that which is right unjust."

And that has stayed in my mind for 35 years.

Your independence in the Senate has led you to stand behind, I think, what a lot of people would describe as controversial positions ... one of them being your opposition to same-sex marriage.

That was not controversial at all. That position that I held was widely held by many.

On the floor of the Senate you said: "As if one can dismiss 800 years of the history of legal marriage. The current Liberals don't want to separate church from the state. They want to separate Canadians from their religion." In the time that has passed since then, do you think differently about that position that you held?

My point at the time was that an entire history of an institution was being discarded with very little debate.

I'm in my 75th year, and you want to go back to 10 years ago to rehash a debate that is long past. It has long been resolved.

It's just in the interest of talking about your time on the Senate. I was just wondering whether your views on that had changed — whether, as you saw that definition of marriage be expanded and you saw families being created under a new definition of marriage, you had a different view on what you said 10 years ago?

I don't think I've changed my view from what I viewed at that moment, no.

One of the other things that you have spoken about in the Senate is the issue of sexual misconduct.

What is that? What does sexual misconduct mean?

Well, allegations of people behaving badly, using power to threaten or intimidate others. You said that sexual misconduct couldn't be an issue ...

What are you quoting me from? You could at least cite and tell me where and when you're quoting.

That was a particular debate that we were having one day where I think, if I'm not mistaken ... someone was suggesting that sexual assault is everywhere, plentifully everywhere, and at one point in that debate I looked up and I looked at all the male senators across the row, and I said, "Oh, they're all too old. There's no danger from them."

That got a a laugh.

It was laughable, really. But the debate was quite laughable, if you think about it.

But you were speaking about a serious issue. What was the point that you're trying to get across?

I was basically defending my male colleagues.

I have a hard time when people see men, male senators as nuisances or as dangers to women.

All that statement did was that it was a laugh, but it was an embarrassed laugh. 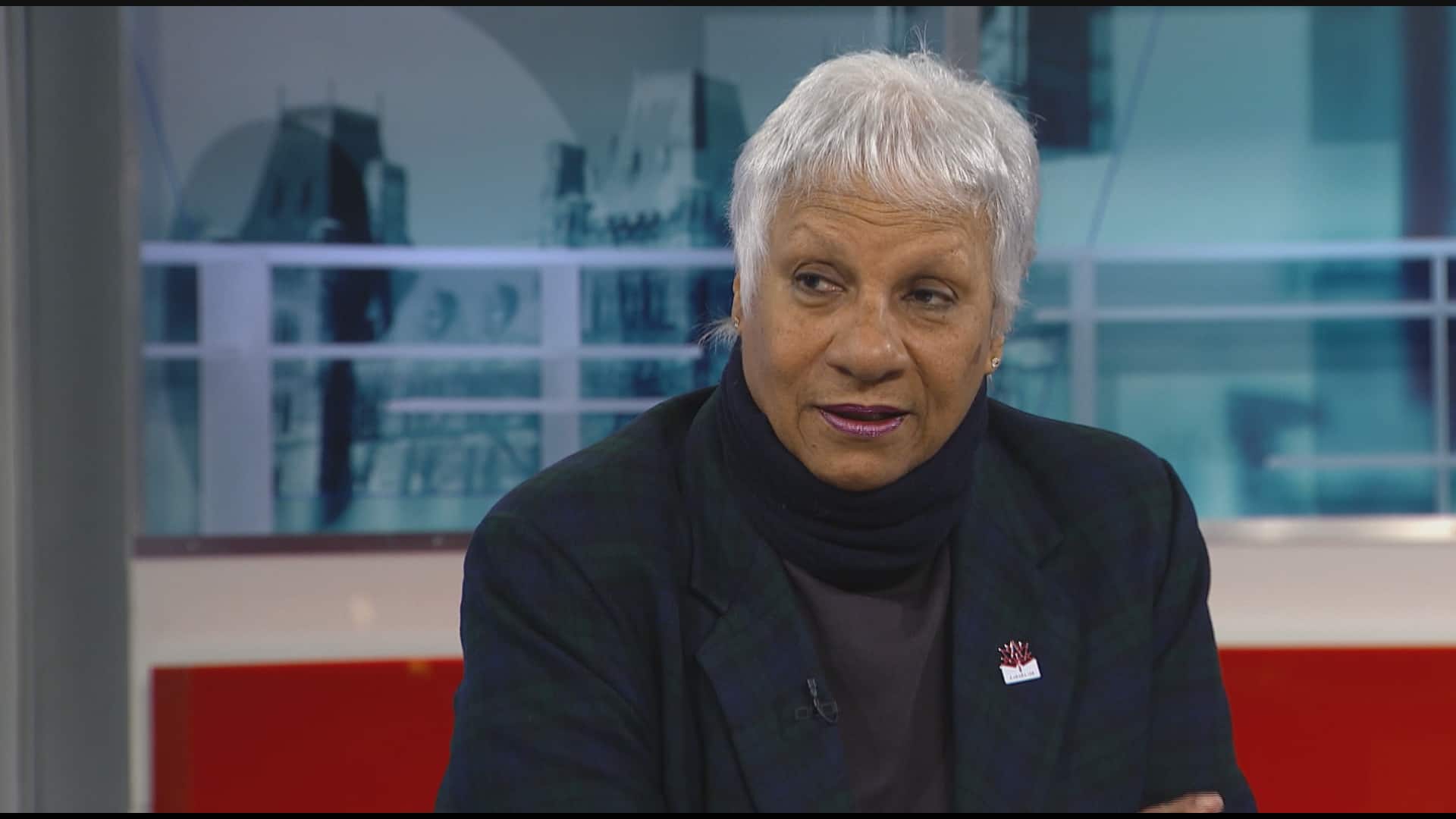 Should Senator Don Meredith be forced to resign?

Do you really believe that the issue of sexual assault or sexual misconduct is not a problem on Parliament Hill?

If it is a problem, I have not yet seen it. But I am open to be proved ... wrong

So far, no such evidence has been put before me, and have been in the Senate for 35 years.

Is there value in being the first [black senator]?

There's no value in being first. It's just a historical fact. It happened. It's not a values issue. It's just an act of history.

Did you see it as as a point of inspiration for communities?

If I can answer that by letting you be informed that I am Canada's most famous senator ever.

And this doesn't come out of skin colour or anything else so related. It comes out of my work on my moral position on very profound and strong and important issues.

For example, as to the importance of children, you know, having meaningful involvement with both their mothers and their fathers. I did a lot of work on that file — about 10 years. And I took a lot of blows from many ultra-feminists.

But the fact of the matter is that a child is born with a mother and a father and needs the emotional support, the emotional and financial support of both their parents.

What will you miss most about being in the Senate?

You remember Shakespeare? You know, life is stage and you go from one stage to the other. These are just stages of life.

My concerns relate much more to doing the best job that I could do. And I am willing to tell you that any time I set out on any file on any issue, I gave my all. I did the best that I could.