Everybody gets a car! The case against Oprah as president

Does the U.S. need another television personality in the Oval Office? Chicago writer Mikki Kendall doesn't think so.

Oprah Winfrey's speech at the 2018 Golden Globe Awards had many in the U.S. hopeful that she would launch a presidential bid for 2020.

After becoming the first African-American woman to win the Globe's lifetime achievement award, Winfrey's acceptance speech focused on the women who have spoken up against those who have harassed them as well expressed hope for real change.

Since the speech, there has been a lot of a buzz about a possible presidential run. News reports have quoted sources close to her, including her partner, saying she would consider it. Winfrey has not commented.

"She's accomplished and intelligent, but we've seen nothing that says she's capable of running a country," Kendall told As It Happens.

In a series of tweets on Sunday night, Kendall called for Americans to raise the bar on who they want to run the country. Here is part of her interview with host Carol Off.

Mikki, why do you think people got so excited about Oprah's speech, and that they are urging her to run for the president?

I think people were so happy to hear someone encouraging and hopeful and strong, they sort of forgot that there has to be more to being president than being a good speaker.

Well, I guess they're thinking that the person who is president now didn't have many credentials for the job. So the view is that she is more qualified and would bring more to the post. So what do you say to them?

I think that that's an incredibly low bar. Not that she can't become qualified. But I wouldn't argue that she is qualified enough now, nor have I argued that the person that we're talking about as the current leader of the United States was qualified to be president. I think we need to have a bar that, you know, sets experience and competence as the minimum.

You went a step further in one of your tweets. You said "Oprah is lovely, she isn't qualified to be President though. Can we stop with the cult of personality approach to politics?"

Yes, because I think that's how we have the current president. You hear so many people say, "He sounded like a regular guy. He sounded like one of us." How they got that from the billionaire with the gold, I'm not exactly certain. But the president isn't supposed to be someone who you want to have a beer with, or someone who you like a lot. The president is supposed to be an accomplished, intelligent, capable leader.

And it's not to say that Oprah doesn't meet a couple of those categories. She's accomplished and intelligent, but we've seen nothing that says she's capable of running a country. We're seeing all the consequences of Trump, who's never ran for office before or never succeeded in running for office before. He gets in and now we have a  mess. Do we really want to repeat that mess with a different political strife? I don't personally. 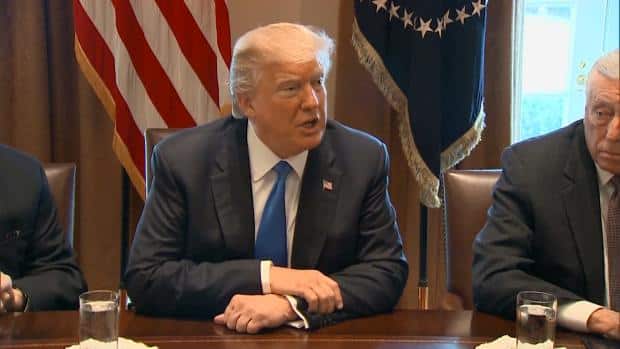 As far as personalities go, cult personalities. We can look at others who are regarded as being successful in the office. Ronald Reagan, a Hollywood actor who was president. Arnold Schwarzenegger, as governor. Jesse Ventura. These are pointed out as being people who were competent in the job from the point of view of many people. And they came from the same kind of background ... so why wouldn't Oprah Winfrey be qualified?

Well actually, Ronald Reagan, after being an actor, stands as president of SAG for two terms, spends eight years as governor before he goes on to become a president. Jesse Ventura's first political office is mayor and then he goes on to be governor. So you have this very different backstory on these politicians when you go back and you look. You know, someone [told] me that Eisenhower had no political experience. But, he'd been a general.

We've just seen an extraordinary election in the state of Alabama. Where Roy Moore was defeated. A liberal was elected which seemed highly unlikely but many are pointing to how that happened and it was black women who did that … why would she not be a symbol for a lot of those women who will be that force?

I mean, I think she could be a symbol. I think however there are black female politicians already holding office who can be that same symbol.  Nina Turner or Kamala Harris … Tammy Duckworth. If we're talking about politicians, women who have been in politics, who know the job already, who have expressed an interest in doing the job already and who we know are qualified at various levels for various aspects of leading and governing. Symbols are great but the president isn't a constitutional monarchy.

Just to go back to all the excitement generated by Oprah Winfrey last night, and the speech and people wanting her to be president. We haven't heard from her one way or another.  Do you think she might actually think to run?

I'm actually not sold that she wants to run. She's notoriously private, and part of the election cycle obviously strips away almost all of your actual privacy. I'm not sure if she actually wants to put herself through that. Right now she can pick and choose when she's seen, when she's on the public stage, when she works. And she has control of her business and all of that. If she runs for president, that's a lot to give up.

This interview has been edited for length and clarity. To hear the full interview with Mikki Kendall, listen in the player above.