When their mom told them them As It Happens was asking listeners to send in video performances of our iconic opening theme music, Maximilian and Theodor Aoki knew they had to so something truly epic.

Maximilian and Theodor Aoki grew up listening to As It Happens.

So when their mom told them the show was asking listeners to send in their video performances of its iconic opening theme music, the brothers knew they had to do something truly epic.

"She told me and my brother that we should enter it because she knows that we love music. We love making covers of songs," Maximilian, 20,​ told As It Happens host Carol Off. "The As It Happens theme, we've been hearing in our house pretty much as long as we can remember."

The Hamilton, Ont., cellist brothers were two of several listeners to accept our Theme Song Challenge, sending us their covers of Socalled's remix of Moe Koffman's Curried Soul.

But the Aoki brothers took it to the next level, recording an extended cello version of the song and filming an entire heist-style music video.

Watch: The Aoki brothers cover the As It Happens theme song. 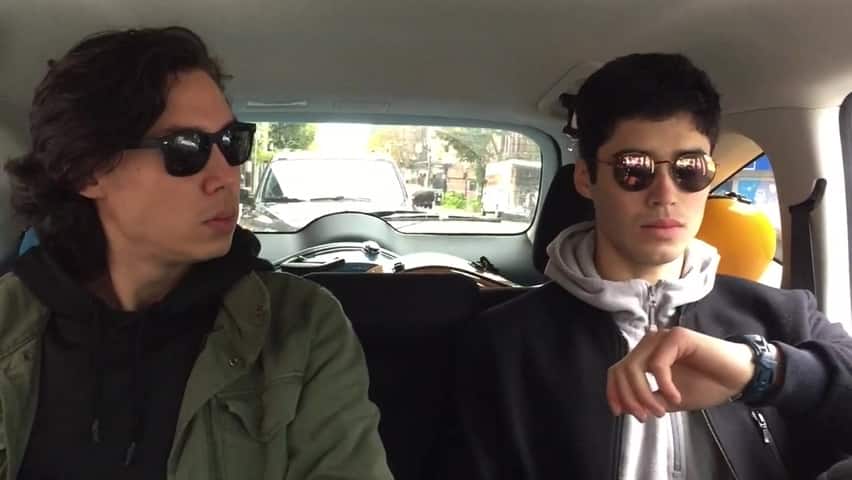 Cellist brothers cover the As It Happens theme song

In the video, the brothers are decked out in Reservoir Dogs-style sunglasses and surreptitiously set up shop outside the CBC Hamilton building to jam out on their cellos in front of a "No Busking" sign.

The whole thing was shot by their parents, Alisha Dywan and Edward Aoki.

"The theme lent itself to almost kind of Mission Impossible style," Maximilian​ said. "This [song] has the bass, it has the melody line, it's got a little bit of funk to it. It's an amazing song."

As the official winners of the Theme Song Challenge, the Aokis earned some As It Happens swag, a spot on our 50th anniversary radio special and, of course, infinite bragging rights. (In fact, everyone who entered got some swag!)

Some of the best submissions are compiled in a "Greatest Hits" video, including the Aokis, the Bridge City Brass Brand in Saskatoon, Andraé​ Lewis on the saxophone in Montreal and Ken Tait on the bagpipes in Castleton, Ont.

Watch: The As It Happens Theme Song Challenge — Greatest Hits. 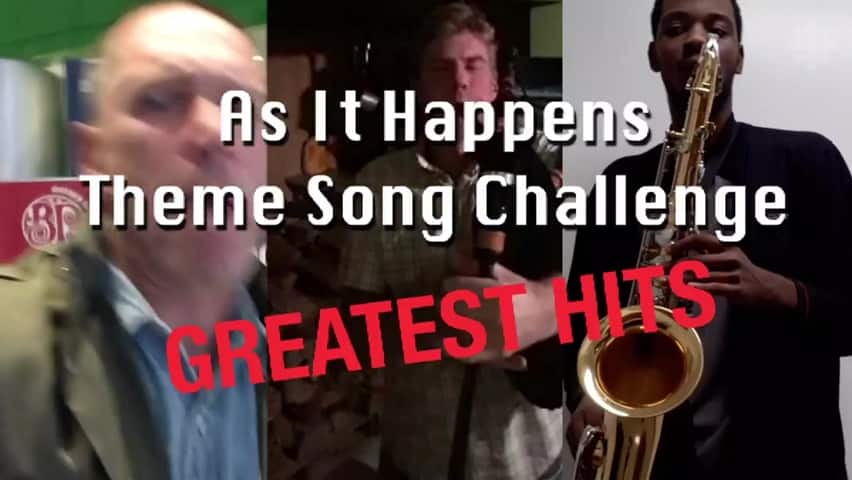 The As It Happens The Song Challenge — Greatest Hits

2 years agoVideo
1:17
The As It Happens theme song as performed by Jeff Douglas, the Bridge City Brass Band in Saskatoon, Andraé Lewis in Montreal, Maximilian and Theodor Aoki in Hamilton, and Ken Tait in Castleton, Ont. (Phil Leung/CBC) 1:17

The classically trained brothers have been playing cello together since they were four years old.

"That's mostly because our dad, when he was younger, he really wanted to play cello, but he got put on the trumpet instead, so it's sort of [him] living vicariously through us," said Theo, 18.

The brothers are now both studying engineering at McMaster University — but they still find time to play music together.

"That really, I think, balances out our engineering with the more creative side of the music," Theo said.

"We just love doing it so much that we've always found the time to practice."