Marking time, my territory and my biological clock. 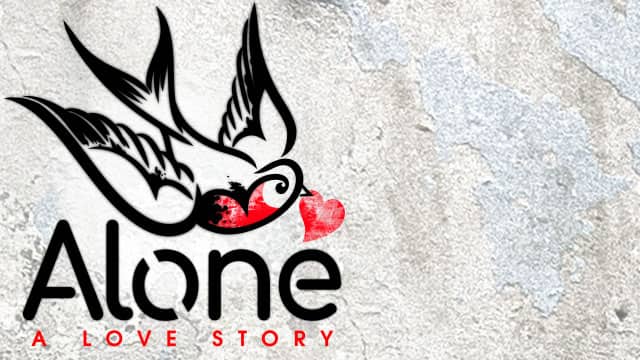 This chapter is called Variations as in, variations on a theme, which is a term that comes from western classical music but can be applied to anything, really. In my case, it's variations on the themes of love and heartache.

I start Chapter 22 with An Education, a flashback vignette about The Husband, that chronologically should be in Season 1. You know me, I love to Quantum Leap!

So we start this chapter in November 2011 at a very significant moment in my life even though at the time, I did not know it. Surprise!

The vignette called Day-to-Day is a funny and painful look at parenting, and specifically being a working, single parent (or in my case, a part-time single parent).

Season 3 producer Marc Apollonio mixed this particular scene so beautifully and creatively. Even though he isn't a parent, he really understood the tragicomedy of the situation. The way things can vacillate so wildly between funny and horrible and back to funny again.

That sobbing you hear is really me having a big ole cry in the studio when I finished reading that scene. In the production of all three seasons, anytime I read anything about Birdie, I would break down and cry. It's just so raw still for me, the jumbled emotions of being a mom and not having the little family I had, etc, etc. Variations on a theme! See?

But my favourite part of this vignette is really my fantasy sequence, the one where I'm a white man in the '50s. No joke, in every way possible, I really do wish that. Those guys had it made.

You pray for rain, I pray for blindness

The vignette called Blindness gets its title from the line I say:

We kissed in a doorway. Our first kiss. And this is the moment, where we both chose blindness, however subconsciously.

You get to hear the story of that first kiss between me and The Man With the White Shirt. How that kiss was on the tail of him sort of, kind of, telling me he was not into monogamy and me sort of, kind of, hearing what I wanted to hear.

In that doorway, I remember thinking he would probably just be OK in bed. Or maybe it would be amazing, but that would be it.  It wouldn't amount to anything more.

I remember thinking that even though we didn't know each other that well yet, it was possible that because we'd seen each other across a room and had that fireworks moment just the night before, that thing they call Love at First Sight, maybe he would turn out to be my second great love.

The idea of choosing intentional "blindness" for things we know are going to be bad for us, is obviously a theme for me and White Shirt. It always makes me think of a line from the Arcade Fire song Crown of Love:

They say it fades if you let it,
Love was made to forget it.
I carved your name across my eyelids,
You pray for rain I pray for blindness.

Ah, nothing like a screencap of your ex's Tinder profile!

Time heals all wounds, they say. But c'mon, we all know better than that. How can the wound heal when ladies are sending you screencaps of your ex-husband's Tinder profile?

There are a lot of songs about time, but the song I think of most with this little vignette is Time (Clock Of The Heart) by Culture Club.

Ooh, in time we could have been so much more ...

First of all, I love Boy George's voice so much, ever since I first heard him sing, way back when I was in Grade 3. But my favourite Culture Club song is Do You Really Want to Hurt Me? which is still a total jam if you ask me. I never get tired of it! Helps with the slowwwwwww wound-healing.

In this vignette I say:

I want to be able to laugh it off, I mean, really laugh it off, like laugh him right out of my life, but I'm stuck with him forever.

And that's a little riff on the song I'm Gonna Laugh You Right Out of My Life originally recorded by one of my favourite singers of all time, Nat King Cole, on his dreamy 1957 album This Is Nat King Cole.

But in the rare case of this song, I prefer a not-Nat version, by the inimitable (and Canadian!) Holly Cole Trio.

The last vignette of this chapter is actually a real email I wrote The Man With the White Shirt. The subject header of the email, Full Moon, First of July, is the title I use too.

Fun fact! A lot of Alone: A Love Story comes from emails I wrote late at night!

I'm thankful to White Shirt for not only being super-cool about me telling only my side of our story, but also lifting passages from my extensive correspondence with him. He ain't my muse for nothing, folks.