Thanks so much for all your help and support on The Next Step shoot.  Your team are all great!

Ingrid Fielden
The Next Step production

To Team CBC, you all did a great job and we felt extremely supported and in great hands.

Kirsten Scollie
Boatrocker re The Next Step in Studio 42

Insight was thrilled to be a part of an incredible group of people who executed this Special so flawlessly.

Francois Turenne, thank you for the excellent job of playing back the tracks, VO and music.  I know it is a complicated and critical role which you performed flawlessly.

This season of Just Like Mom and Dad looks amazing.  Our time at CBC was the best - as always.

I seriously can't thank your team enough for all they did to make the shoot a success.  The feedback has been overwhelmingly positive.

The producers were extremely pleased at how good everything looked.  Filming at the CBC contributed tremendous production value to our movie.

Thanks you and your team for helping to make the fundraiser such a big success.  We absolutely hove hosting it with you - it's incredible.

Tim Lorimer, thanks for your fine work and guidance.  First class and professional.

A big thank you to everybody on the crew who rose to the challenge  and created a very-special special.

Studio 40 has been great!  Much appreciated!

The Waterkeepr Gala is becoming a nice tradition at Studio 42.  Bravo to all and thanks from all of us.

Thanks, everyone.  Last night was successful in large part because of your hard work and talent.

You are a very skilled team and your expertise and commitment allowed for a very successful program.

I just wanted to thank you all once again for the amazing job your whole team did.

I know booking a last minute rehearsal day isn't ideal, so many many thanks for finding us a crew on such short notice.

Wow!  You guys have been fabulous to work with.

It's always a pleasure when one gets to deal with fellow professionals - till the next time I get the to work with your fine team.

The event was great – the team was wonderful.

It's good to work with people with a sense of humour. Greg was just amazing, fun, and really looked after all the speakers.

Your staff are absolutely wonderful and make everything so easy.

Excellent studio and everyone was fantastic and a huge help to our production.

For us to be able to get such a high quality show on the air in such a short period of time was a reflection of your dedication and talent.

Studio 40 was a perfect fit and it was great to see so many people wow'd by the space.

I've been flooded with emails from everyone saying how amazing the CBC venue was.

Big thanks for another amazing job last night.

Chris Papadopoulos exceeded our expectations.  He was resourceful and hands on every step of the way.

Bridget Lee, Producer
It's Late With Sean Cullen in Studio 43

It was such a great experience working with the CBC team, kudos to everyone!

Thank you so much for letting us play in your amazing venue.

so consistently raise our standard and they do it every week.

This entire production crew was excellent, extremely skilled and fabulous to work with.

Leslie Wasserman
CBC Live at the CCMA’s
Once again your CBC team has worked magic
Jim Corston
Producer "Life with Boys" Life With Boys
...managed extraordinary and complicated feats of batten management efficiently and safely
Nick Rose
Producer "Life With Boys" Life With Boys
They all worked well beyond their normal boundaries of operation.
Don Reynolds
Producer/Director, News Production Services CBC News
The whole crew worked tirelessly and incredibly well with various suppliers, vendors & clients
Steve Sloan
Executive Producer, Canada Day / La Fete Du Canada Canada Day
"...everyone from maintenance has been fantastic, the whole department was great - instant reponse in an emergency"
Nicole Durrant
Festival Coordinator English Television
"...The National had to do a lot of juggling to add Breaking News for the US debt crisis. Gord was…
Jodi Ganz
National Presentation Producer, The National
"Bruce (Whiteford) & Marianne (Teminski), this would not have been possible without your diligence, patience, hard work, and willingness to…
Tom Dinsmore
CBC News
Thanks again for your dedication, skill and commitment to Popsicle Soccer Day in Canada.
Karen Sebesta
Producer CBC Sports CBC Sports
The professionalism and the good humour of everyone on our team was being extolled by many people after the show.
David Kitching
Producer Culture Days Culture Days
"thanks for all your hard work, preparation and valuable contribution to our 15 hours of television from Winnipeg two weeks…
Larry Issac
Winnipeg Golf Telecasts, TV Sports
"Thank you all very much for pulling this together (3D broadcast). I expect the reason you haven't heard from anyone…
Bob Kerr
Senior Director, Business and Product Development / Digital Programming and Business Development
The team work and performance displayed by our studio team were key components to an excellent working environment that generated the results we…
David Wilson, PM CBC Doc Unit
"It was great working with you and your team as well, and it was fantastic working in the CBC building!
Tony Lomonaco
Ubisoft
Dave Allmark (Technical Producer) and Carla Petruccelli (Project Manager) played an integral role in preparing for "Sounds of the Season."
Sonia Arab
"Sounds of the Season"
Stew (Moore) was very prompt and professional in his immediate follow-up after the event.
Jane Eisbrenner
Junior Achievement of Central Ontario
"Dianne Coles (Project Manager) is a strong part in your team and was most helpful in making things work."
Fred Nicolaidis
“Holiday Festival on Ice”
"Thank you for all your hard work on "Over the Rainbow" It's been a true pleasure!"
Lesley Birchard
Executive in Charge of Programming, Factual Entertainment, CBC

"Without this experienced group the show might have been in jeopardy."

Phil LaChappelle
”Sports Day in Canada”
"It would have been impossible to have done the show we did without the phenomenal Kenny Gray and his stellar Staging Crew"
Millan Curry-Sharples
“Over the Rainbow”
"David Morgan's graphic design treatments were terrific."
Harvey Cashore
Senior Producer, Current Affairs

"everyone was extremely proactive in trying to solve this issue (audio in Studio 53). It was greatly appreciated"

Sports Weekend can be a challenge with tight turnarounds of international events. It is made easier with operators like…

"The Producer of "Living Out Loud" was interviewed on "As It Happens" and he talked about Ken Puley (Researcher, Radio Archives). The interview was a testament to the importance of archiving material."

"Just a quick note to express my appreciation to Wil, Jesse & Raffi for working out the spare encoder…

Your leadership skills are amazing. Every member of the election team respects you and can't say enough about your… 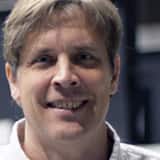 An industry veteran with 20 years of experience in independent and in-house production, Stew has worked at CBC in a variety of roles including Production Manager, Producer; and Director of Production for CBC's Arts & Entertainment division. He currently runs the facility rental division for Production Services at the Canadian Broadcasting Centre in Toronto. 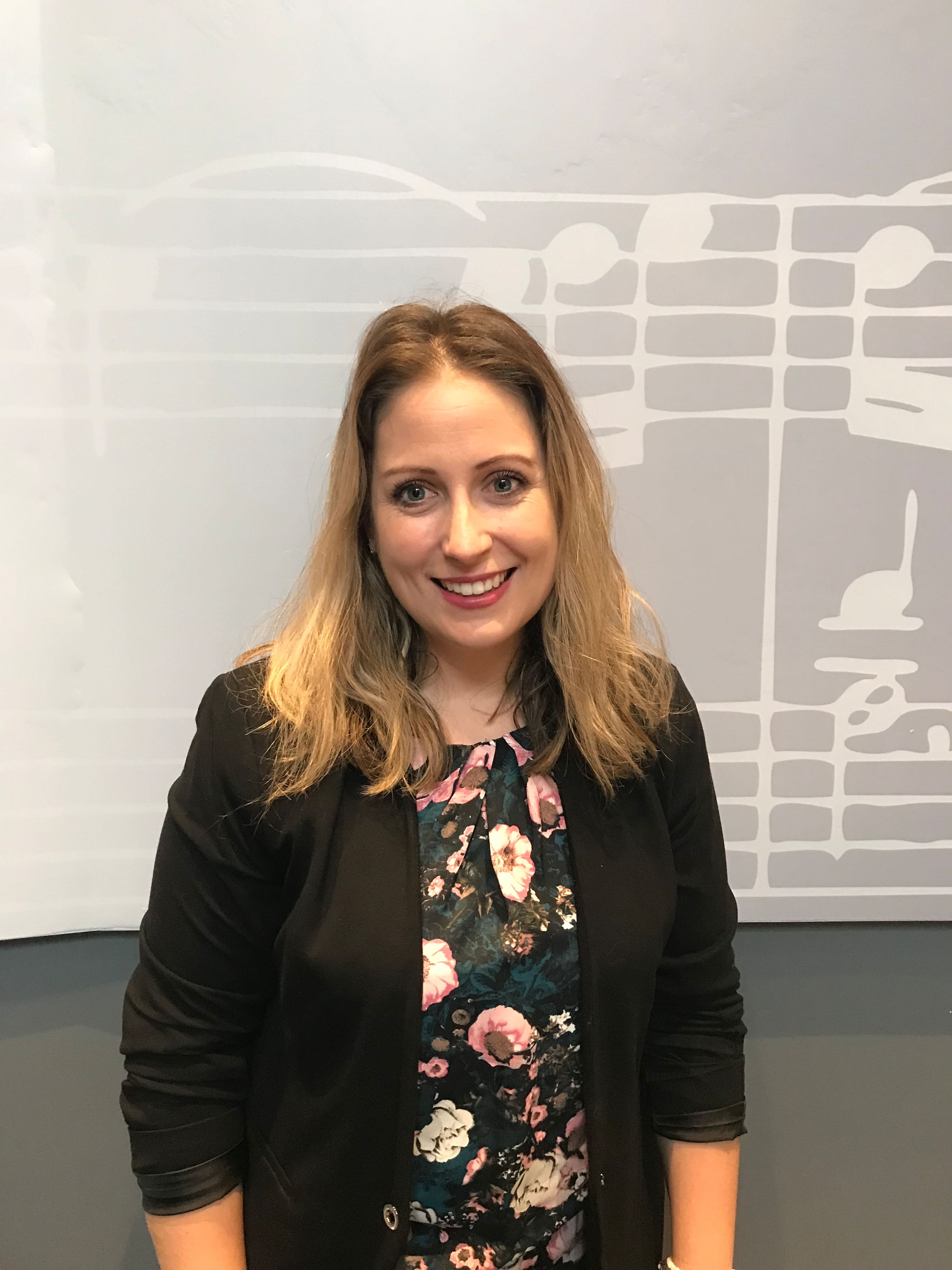 Shannon has over fifteen years experience in the event industry, with a background in venue operations, logistics, and event marketing. Shannon started her career at CBC as an Event Specialist and was also part of the CBC production crew for the Turin 2006 and Beijing 2008 Olympic Games. After a few years outside of CBC in corporate event planning and sport management, Shannon returned to the CBC and currently manages the Glenn Gould Studio.

Carl joined the management team in 2007 first with Radio-Canada and then with CBC overseeing News Operations in Toronto and in our foreign bureaus.  Carl's background is in audio having worked as a Recording Engineer for the CBC and as a First Audio (A1) in sports and entertainment.  Leading a team of 230, Carl ensures the smooth operations of CBC News as well as Graphic Design and Visual Editing for all in-house production.

He is now Director of Content Management and Preservation, which is responsible for the acquisition and curation of our creative content, providing reference and research services, promoting and providing preservation of our organization's cultural assets, ensuring that the culture of Canada as reflected in CBC programming is documented and preserved. 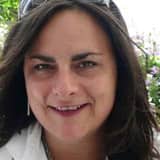 With a background in technical operations, producing and directing, Ruthie Calarco has 20 years of experience working in both public and private broadcasting in Canada and the United States. She is the current Director of Television Production for CBC Toronto, with a talented team of managers, studio and field technicians, editors, designers and associate directors.

For 20 years, Julie has been passionately solving complex technical and business challenges, working with various and diverse technologies and leading and implementing large and complex projects in film, television and radio.  As the Director of Radio Production, Julie and her  team are responsible for the operational strategy for Radio across English Services.  As the chair of the Radio committee for the North American Broadcasting Association, Julie and the committee are championing change and collaboration in the Radio industry. 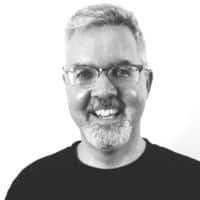 Joe has worked in broadcasting for over thirty-five years, starting as a disc jockey in private radio in Prince Edward Island before joining the Canadian Broadcasting Corporation. Joe spent his first twenty years with the CBC in radio, ten of those years as a recording engineer for the radio drama department. In 2007 Joe joined CBC's management team, where he passed a decade managing Toronto Broadcast Maintenance teams. As Director of Infrastructure Support, Joe is responsible for directing and leading the implementation of major production systems within English Services from a Real Estate perspective as well as serving as a direct liaison between Media Operations and CBC's Media Technology and Infrastructure Services. 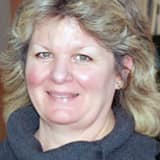 Barbara's design career began as an Assistant Set Designer in CBC's Design department. From there, she worked on various movies, specials and series like Kids in the Hall, working her way up to Production Designer for the Royal Canadian Air Farce. Barbara was with CBC's Design Department for more than 20 years, until its closure in 2007. After a brief period in the freelance world, she returned to the CBC in her new role as Manager of the Toronto Design Office.