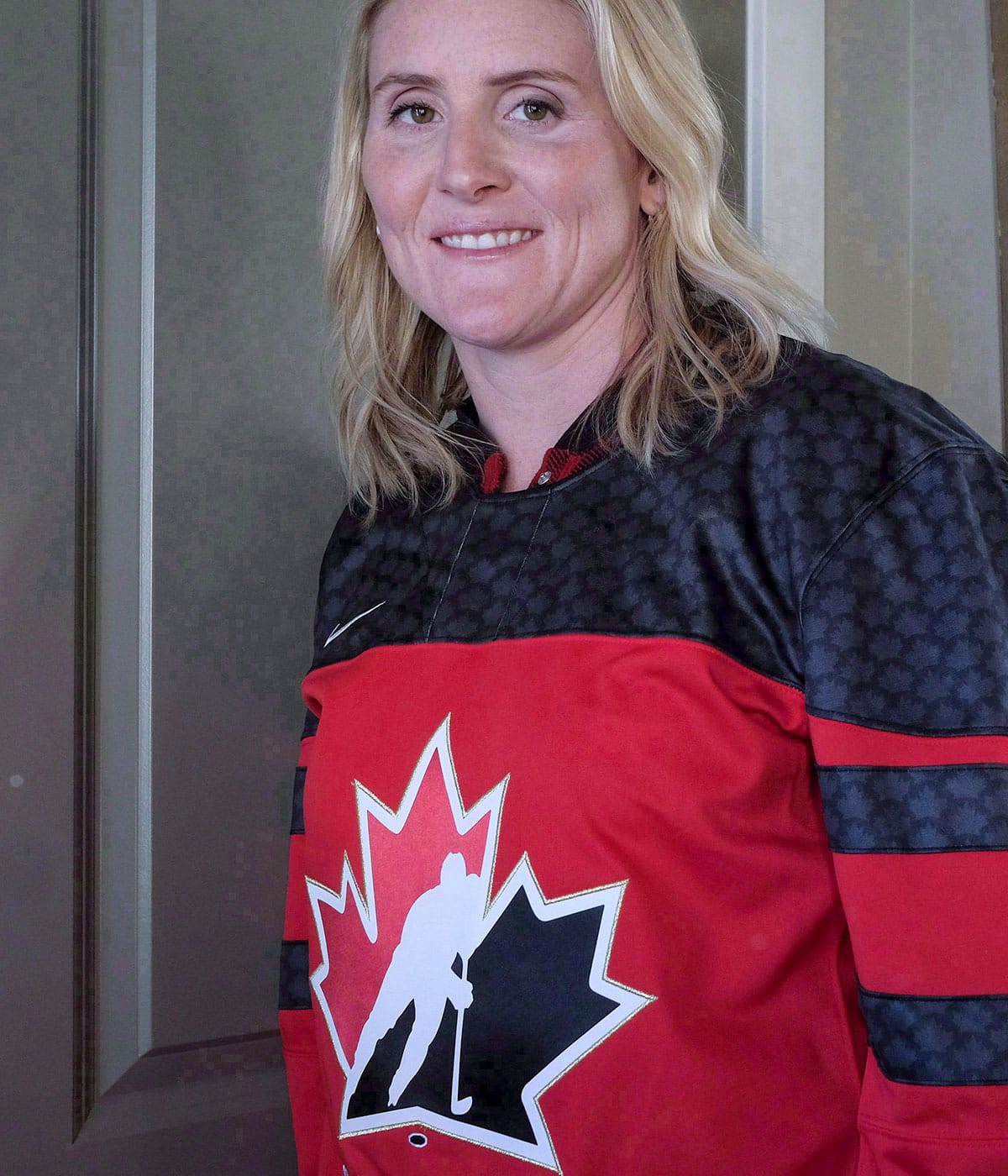 Why I donated my brain for research

In my entire career, I was never once formally diagnosed with a concussion.

Looking back, I’m pretty sure I likely suffered a few. After all, playing 32 years of hockey and contact sports, it’s hard to believe not one of those thousands of hits didn’t leave me spinning.

But there was one particular hit I took that I will never forget. It was in 2008. I was playing professional men’s hockey in Sweden.

The Swedish pro team was gracious enough to allow me to continue to play in tournaments with the Canadian women’s national team. In November of that year, during the Four Nations Cup in Lake Placid, N.Y., I collided with an American player and suffered a third-degree tear of the medial collateral ligament in my knee. It was the worst situation I could imagine: I was being paid to play pro hockey in Europe - a woman in a men’s league, no less - and now I was going back to the team injured.

I spent two weeks in Toronto doing everything I could to heal quickly, and returned to Sweden for another 10 days of rehab. Normally, a bad MCL tear means six weeks, minimum, before you can return to full-contact hockey. I got myself ready in four. My coach at the time, Matthias Karlin, pleaded with me to take more time. In any other case, I likely would have, but these were unique circumstances. I was the sole breadwinner in my family, my son loved his Swedish school and didn’t want to go back to Canada, I was the only woman playing at this level, and many people wanted me to fail. The pressure was enormous.

I chose to play.

The deal with Matthias was that I would watch the first period from the bench, and then he would ease me into the game. Bad idea. I knew it was, but I wanted to play so badly, I agreed. The second period started and I was champing at the bit to get in the game, but I was cold. Matthias gave me the nod on right wing and out I went. The puck got dumped into our own end and I went back to receive an outlet pass from the D-man. Except he didn’t wait for me to get into position and threw it right up my back - a suicide pass as it’s called.

The funny thing is I knew what was coming next. I could feel the energy, the air change, I could sense that I was about to get hit by a train. I felt I had to take the hit and show I could handle it. What I didn’t anticipate was how much force was coming. The opposing player ran me from about 15 feet and hit me “Sidney Crosby” style with a rotational force that was so hard I actually ended up with an avulsion fracture in my neck, meaning a  piece of my vertebrae was broken off, though I wouldn’t find this out until much later. I almost blacked out, but luckily I was near the bench and our trainer opened the door and picked me up by my pants and sat me down. I was in big trouble and I knew it: nauseous, headache, confused, memory issues, off balance - the list of symptoms went on and on.

But I finished the game.

I’m not proud that I finished the game. It was a matter of survival to me. It became a life-and-death choice for me in that moment. In fact, I didn’t even miss a beat. Coaches kept asking if I was OK. Everyone knew I had just gotten absolutely crushed. “Yup, all good,” I said. For the next three weeks I struggled to sleep, light bothered me and it was all I could do to get up in the morning, get my son to school, sit in the dark, quiet house, drink coffee and try to put myself together for the afternoon practices. I had to survive. So I hid. I found ways to avoid taking hits, do fewer reps in drills and save my energy. My brain needed it. Eventually, I was able to slowly recover and play with no obvious ill effects. I got lucky.

So when people ask me why I have donated my brain to the Concussion Legacy Foundation, that story is part of the answer. I don’t want athletes to suffer if we can help it. Female athletes have a higher risk of concussion and slower recovery time than male athletes. There are few professional female athletes in contact sports to study, and even fewer who have donated their brains to the cause. I hope this inspires more to do the same. After all, when you are gone, ya kinda don’t need it anymore!

Steve Montador is another motivation for me to donate my brain to science. Steve played 12 NHL seasons and his death was a tragedy. The post mortem showed chronic traumatic encephalopathy (CTE) in his brain, which can be directly attributed to the brain injuries he suffered playing hockey. Steve was one of my dearest friends and greatest people I knew in hockey. He was a beautiful soul. The day he passed away I made a promise never to pass up a chance to honour his legacy. I donated my brain in memory and honour of Steve, his deep care and concern for others and how much better he deserved in his time of suffering.

I’m currently studying medicine with aspirations to work in emergency trauma. I have always been fascinated with the workings of the human body. We know a lot, but there is so much still to learn. I believe in research, I believe in science and I believe we can do much better when it comes to educating the next generation about how important it is to protect the brain.

I believe that leadership at its best comes in the form of action. We need more concrete action in the area of concussion research. My life in sport inspired me to study medicine. It also compelled me to donate my brain, in the hope that it will inspire and promote more action, so that the future can be better and healthier for those young girls who will come along after I’m gone.

If you would like to further the research on concussions and donate your brain to science, join me by going to ConcussionFoundation.org/Pledge or to the Canadian Concussion Centre.