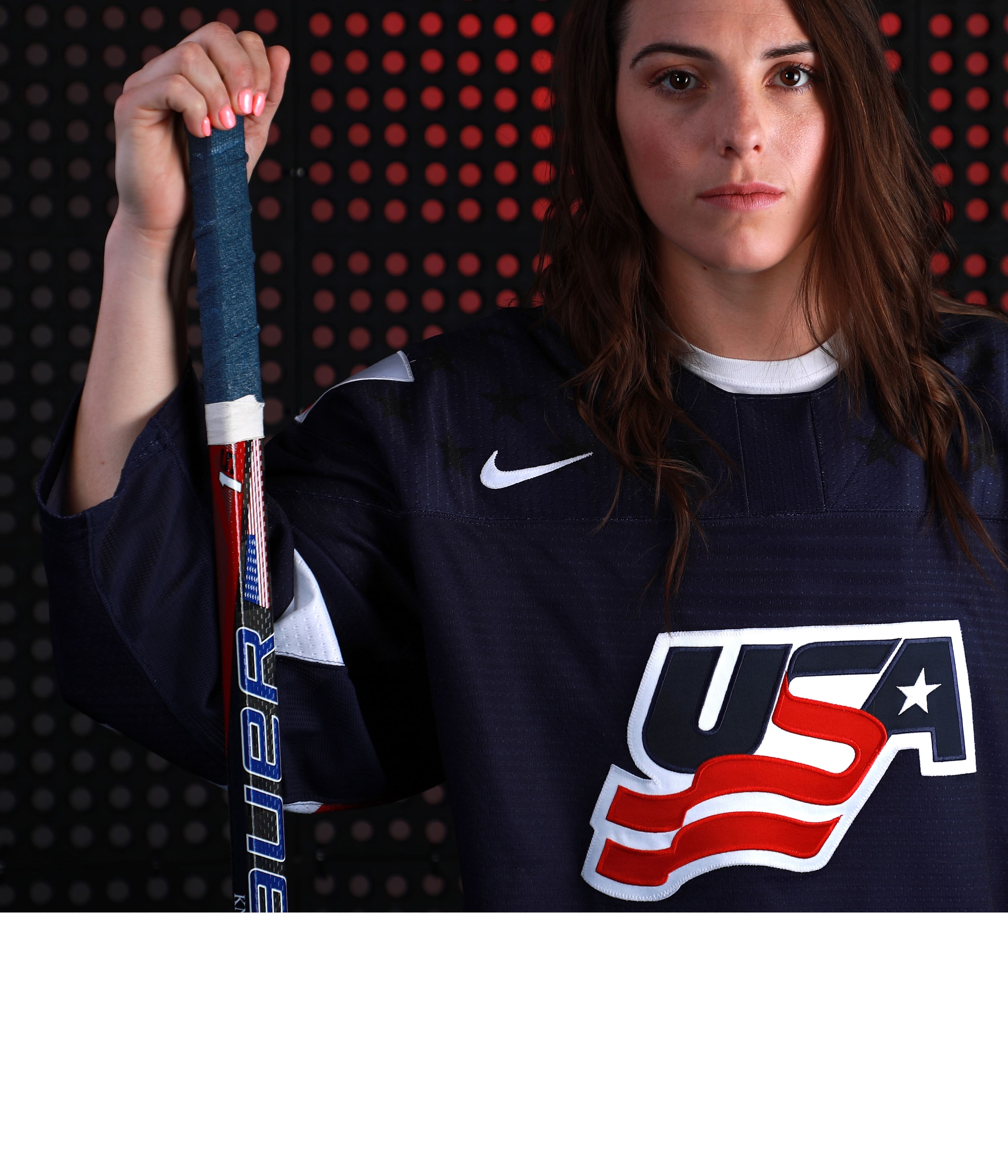 'We were a success ... But we were not seen as equals to the men'

Of all the words that ought to have a clear, unambiguous meaning for everyone in sports, you would hope “equality” would be at the top of the list.

As an Olympic champion hockey player, I would just say…we have some work to do.

What does equality mean to me? I was raised to respect people regardless of our differences. Race, gender, religion —  it doesn’t matter. I don’t think I’m being naive. I see everyone as one. I mean that literally. I’m a person. One. you’re a person. One. We are the same number and therefore I’m going to treat you equally. I may not agree with your beliefs, but as long as you aren’t infringing on another (one) person, or degrading them, as long as you are trying to impact lives in a positive way — we’re good.

Hilary Knight was a member of the Wisconsin Bagers in 2009. (Elsa/Getty Images)

Team sport gave me my first dose of equality. At the beginning of any season, people from all backgrounds come together as a team and we set out on a shared journey. Winning a championship is impossible if you don’t value one another equally.

Hockey has taught me the value of respecting each other and working together.

Growing up, I played boys' hockey. Women’s hockey just wasn’t a big a deal. I saw my first live national women’s hockey game shortly before the 2002 Olympics. Without having daily or weekly exposure to strong, female athletes, I shouldered the burden of being the only girl on an all-boys team. I let bullying roll off my shoulders.

I redefined what it meant to shoot like a girl. I have been on top of podiums and stood next to those at the top, but my proudest experience is fighting for equality. And that battle has been dragging along, back and forth for far too long.

I have been a part of the U.S. national team program since 2006. During some of my most impressionable years, I was lucky enough to grow up with the support of some amazing role models. My teammates prepped me for the SAT because they wanted me to receive a good education. The bus became my classroom. I was mothered by my older teammates when it came to overall expectations, and learning to pack for the road. I was sistered by other teammates in the matter of understanding the realities of our profession. I was lucky to land in the middle of an outstanding group of women, and so when I finally found my own voice, I recognized the responsibility of using it wisely.

We were a success, by any and all measures. But we were not seen as equals to the men.

We grew tired of being expected to win gold without being treated as champions. In 2017, the US National Women’s hockey team decided enough was enough. We threatened to boycott the world championships, in a year when they were being held on home soil. This was a tough decision to take. The world championships are extra special to us. What led us all to the sport of hockey is our shared love of competition. Combined with the honour of representing our country at home? It’s a magical experience. But collectively, we risked forgoing this career highlight. For some of us, a first title was on the line. For others, this was number seven. But as a team, we were united. We needed to change the culture. We were fighting for fair treatment and equitable support. We had three main buckets to fill: we wanted increased marketing and visibility, more programming, and better funding.

Like a game clock winding down, the tournament was quickly approaching, and the standoff continued. Sixteen days away, our pre-world championship training was marked by sleepless nights and uncertainty. We needed to come to an agreement with USA Hockey, or our country would not be represented at the tournament we were hosting.

When we went public, we weren’t trying to secure a better standard just for ourselves, but for the generations of women hockey players to follow. We encountered some negativity, but most of the world rallied to our cause. It took guts. We were vulnerable. But we took heart when women everywhere supported us, and also had the backing of our male counterparts in the NHL, NFL, and NBA. Senators from 16 states got on board too.

Phone calls were being made to individual players, with organizers trying to field a team for the tournament. But one by one, players refused. Our group grew stronger.

Every individual had their own temptations to accept an invitation to join the tournament. Players on the national team who had earned a spot on the roster, players on the outskirts of our pool, young girls looking for their first national opportunity — we stood together as one.

The standoff went to the final hour, but a deal was struck. We hit an agreement to advance girl’s and women’s hockey programing that will see marketing and fundraising boosted. We got benefits and pay improvements. We got closer to equality. I'm glad we were able to take this important step of growing the game with USAH.

We said we would play again as soon as we got fair treatment and equitable support, and that’s exactly what we did. And we won the tournament.

We demonstrated the power in standing together as one. We valued everyone equally. We changed our sport and sparked change in others.