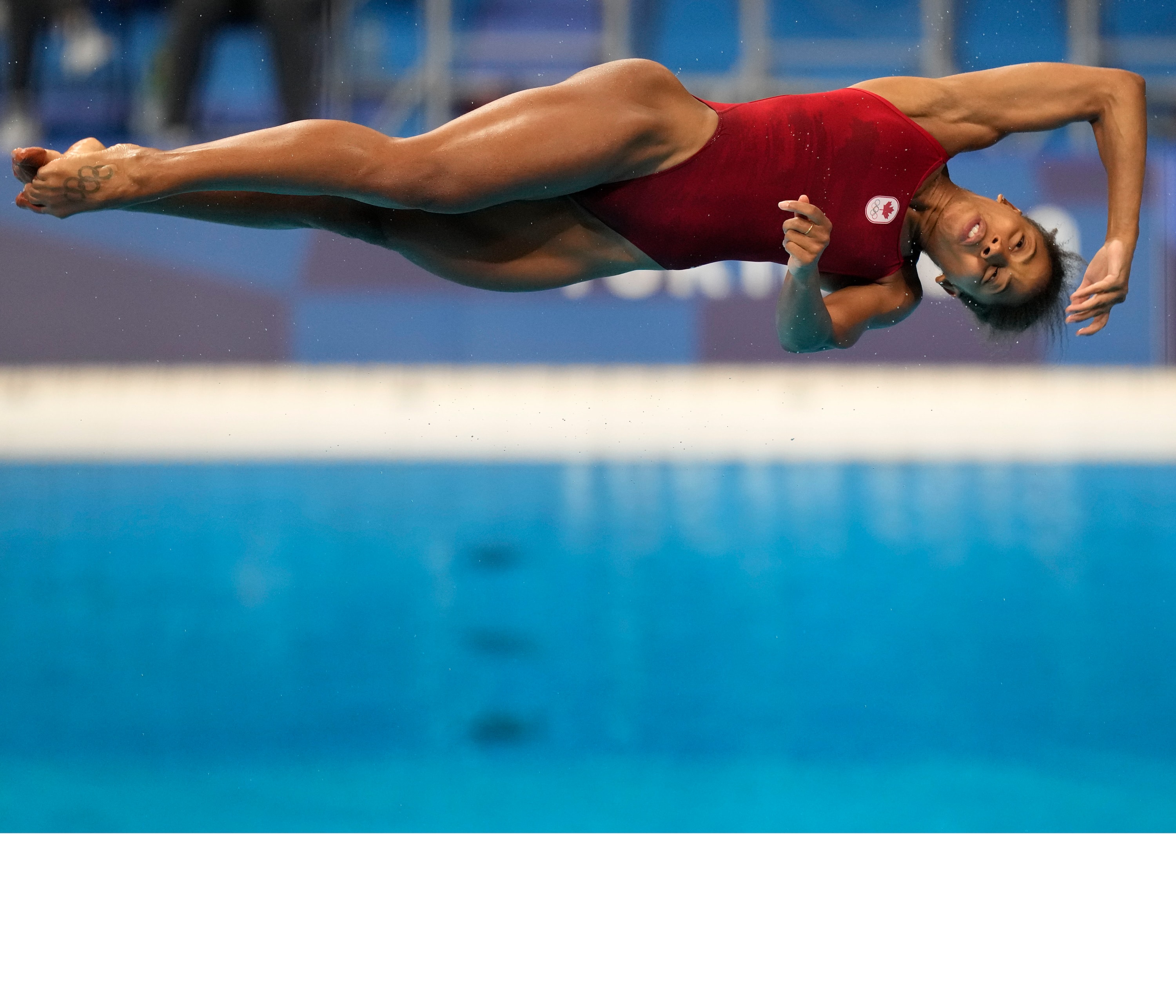 To the young mixed-race girl who wanted to dive

'Through adversity, you got to know yourself better… and love yourself more'

Today, you are announcing your retirement… But before you definitively turn the page, I have a couple of things to say to you.

Before you, there weren’t many mixed-race girls in diving. Maybe it’s because, like you, they were told that Black girls belong in athletics or basketball, not in the pool. But your dream was to dive. It worked out well, because your mother always said you could do anything you wanted in this life. And you never listened to close-minded people.

Abel found the 2020 Tokyo Olympics the most challenging of her career. Tokyo, 2021. (Associated Press)

You always dove for the pleasure of it. You were not dreaming about getting to the Olympics. You just wanted to be in the water, all the time. Maybe it’s also because the pool was the only place where you were clear on your identity. At one point, however, it was necessary to recognize that you could compete with the best divers in the world.

At the age of 16, you would experience the Olympic Games for the first time. It would be larger than life for the young girl; the cameras, the spectators, the pressure.  For the next 15 years, diving would define your days.

You also came to know the other side of those medals. You experienced disappointments and a need for deep introspection. One day, you went on a quest for your true identity outside of the pool.

The two fourth-place finishes at the Rio Games in 2016 made you want to stop everything. You asked yourself: who is Jennifer if she doesn’t win medals? It would take a while before you fell in love with your sport again. But that was a turning point in your life. Through adversity, you got to know yourself better… and love yourself more. Not the athlete, the young woman within.

Your last Olympic cycle was the most difficult of your career. Especially the two years leading up to the Tokyo Games. The pandemic was trying, physically and mentally. You asked yourself: why do you wake up, train, and push yourself to the limit?

The answer revealed itself in the synchro challenge, where you brought home the silver medal with your partner Melissa. This medal served as a reward after some difficult years, and it also ended your career in style.

We talked often, you and I, when we were alone in our room at the Olympic Village in Tokyo. I asked you to hold my hand before my last individual event. I was scared. I had no point of reference.  I was exhausted. It was you, the little mixed-race girl who wanted to dive, who reminded me that the most important thing is to have fun, to smile. Whatever the outcome, I could be proud of myself.

When we got out of the water after our last dive, we knew right away that that was the end of it. The little girl had lived her passion to the fullest, and she passed the torch to the other Jennifer so that she could pursue her new path.

I experienced some amazing moments in my career. It is time now to begin a new chapter.

With tear-filled eyes and a light heart, I would like to thank all the people who allowed me to have such a fulfilling career: my family, my coaches, my diving partners, my fiancé, my step-daughter, my agent, my therapists and my nutritionist.

My life as an athlete has prepared me for my adult life and now, for my life as a mother to be. Today, I know how to forgive myself after failure, where to draw strength in the face of adversity, and the type of energy it takes to succeed.