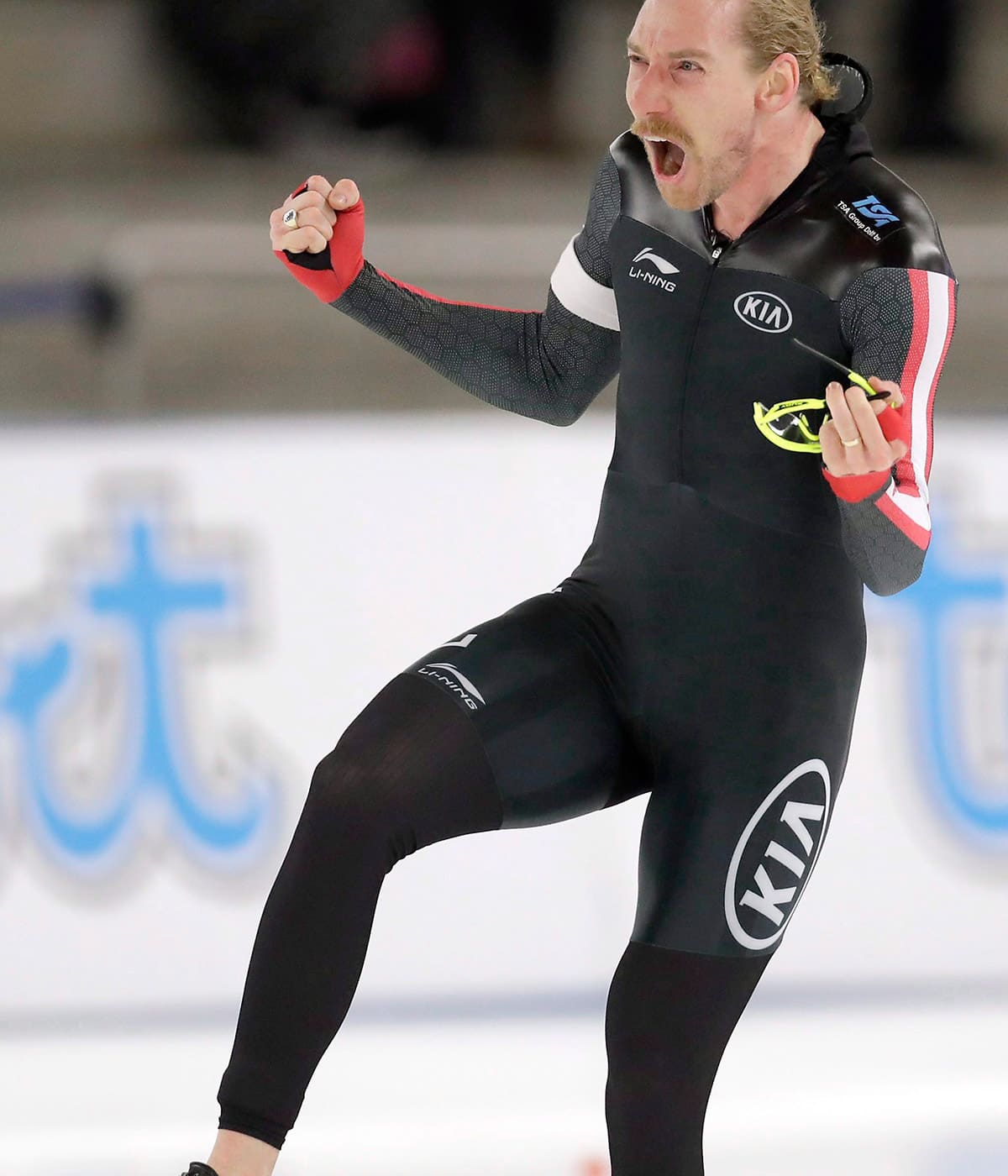 'I'm better today because I was embraced by Canada,' says world-record holder

I am Dutch born, but because of Canada, I'm headed to the PyeongChang Olympics as a world-record holder.

I'm better today because I was embraced by the Canadian long track speed skating team. While Holland gave me my start, it was my father's birth country that gave me my future.

Representing Canada is the ultimate goal, and my Olympic dreams are fuelled by a life-altering performance at the beginning of last winter…

Salt Lake City (Nov. 21, 2015): Halfway through the World Cup race I found myself on a pace that would lead to a world-record setting time in the 10,000 metres. At first the crowd was cheering loudly for me. They liked my fast start. But later on, as the stadium announcer got more enthusiastic, the crowd got quiet. I was keeping my world-record-pace going, lap after lap.

Could this really happen? I had never been close to a world record, never won  a World Cup. So nobody ever thought  I could do this. As the final laps approached, the crowd picked up again and started going wild. At this stage it was inevitable: the eight-year-old world record would be broken! It was the best and most consistent race I ever skated, and when I crossed the finish line and looked up for my time I saw: 12 minutes 36.30 seconds, more than five seconds faster than anyone had ever skated.

After years in the famous Dutch skating system, I broke this record as a Canadian skater. How did that happen?

As I said earlier, it all started for me in my birth place off Holland, specifically, the Dutch Olympic trials.

Heerenveen (Dec. 27, 2005): I entered the qualifying stage with a bang, attacking a 5,000 like nobody ever did before. Of course, as an 18-year-old rookie, I had to pay the price later in the race. But I did still have acceleration in the last laps to beat my pair. I ended up 14th, but this was the race that kick-started my career.

I got into the Dutch system that produced so many famous skaters. I always believed I could be one of those champions, and for eight years I did all I could to realize that dream. It was not all bad, but team management, politics, dynamics and maybe luck all contributed to a frustrating situation, less than great results and a lingering sense that my best skating was still ahead of me, if only I could find a team and a place that worked.

Although my belief started to crumble, I was still feeling I had something special on the ice. I was lucky to have a girlfriend (now my wife) who made me enjoy all the little things in life and inspired me to follow my dreams. So I decided not to give up just yet.

I came up with a new plan. I was really excited about it and it brought me hope and energy, but I was also ready to give up speed skating if it failed. My father was born in Bathurst, N.B., giving me  Dutch and  Canadian nationality.

I wrote Bart Schouten, the Canadian national team coach to see if Speed Skating Canada would have me. He gave me a very enthusiastic response, so I jumped on the opportunity right away and moved to Calgary.

Watch how Canada turned Bloemen into a champion.

I didn't really know what to expect but I was grateful for the opportunity. So I went with the intention of being the best team player I could be: ready to share my experience and knowledge. It turned out to be the best decision I ever made. I couldn't be more grateful for the way I was received by the team. People really made an effort to help me find my way and feel at home in my new country. They gave me one great team that I could stay with for the remainder of my career. I had never felt so respected and trusted. Soon I got rid of all my stress and was happier then I had ever been. I owe Canada many medals!

It gets even better for me, though. Did I say I was lucky with my girlfriend? What if I told you she moved to Calgary to join me there? I often tell her what a "geluksvogel" (Dutch saying for lucky man) I am. And in July 2015 I asked her to marry me, and she said yes!

Obviously, the lead up to the 2015-2016 season was  a very good time for me. We trained really hard, we worked together very well and Bart made us the best training plan in the world. He then improved it. I was getting my ass kicked on short track and I kicked ass on the bike. At a training camp in Salt Lake City in the summer of 2015, things really started to fall into place.

I started thinking of breaking world records, especially with the first two World Cups that season being at the two fastest rinks in the sport (Calgary and Salt Lake City).

At Calgary, I went out on world-record pace but hit a wall and lost lots of time struggling around in the second half of the race. Still, a bronze finish gave me plenty of confidence. The next day Jordan Belchos, Ben Donnelly, and I won gold in the team pursuit. The day after that, I skated a personal best in the 1,500. So when one of my friends asked what I was up to the next day, I texted back "OMW to SLC to skate a WR!"

I am very proud of where I am now. I'm a better skater, a better person and I'm part of a great team.