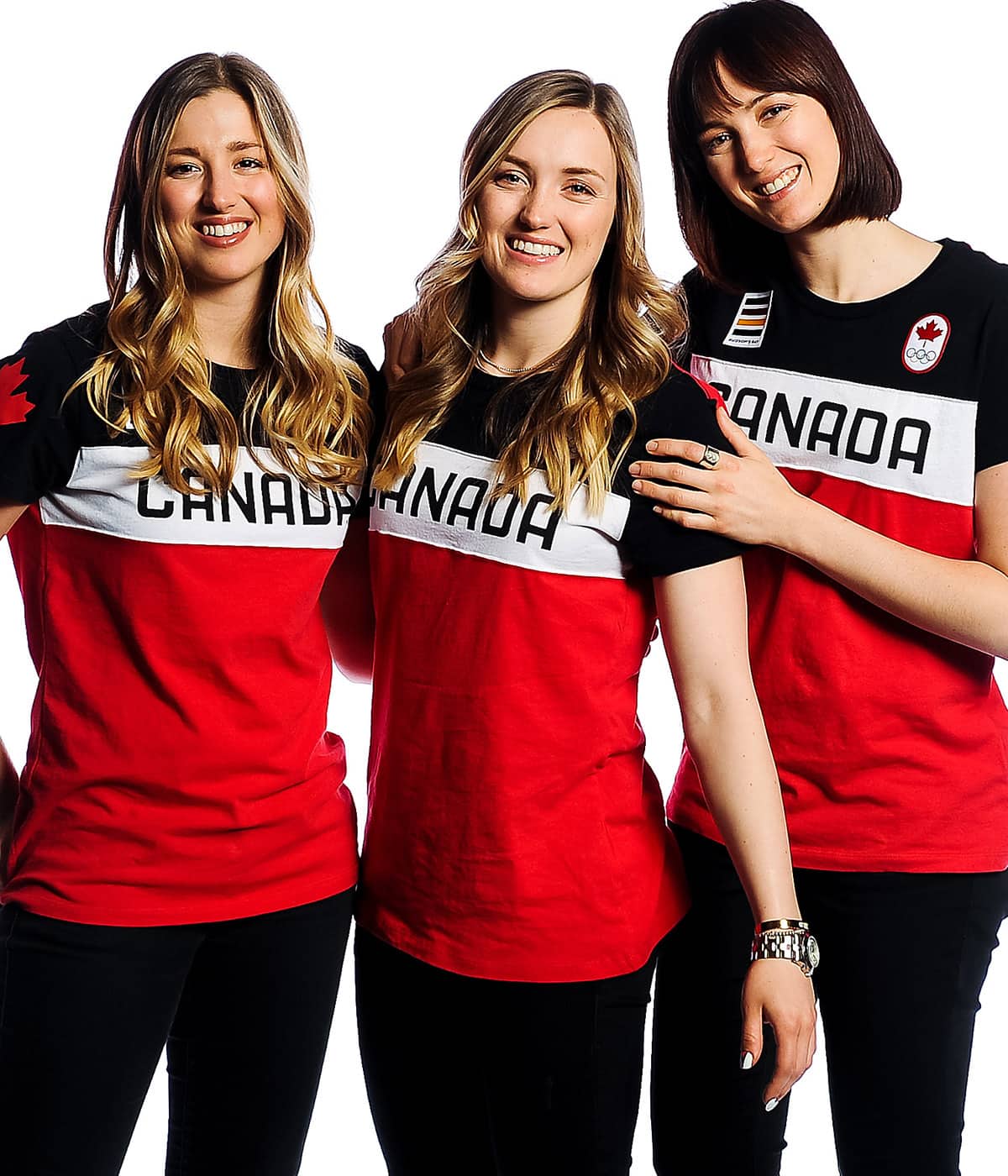 Sisterhood trumps everything — even an Olympic medal

'I’m proud of Justine and Chloe. I know there are skeptics out there, but I really mean it'

My sisters left the Sochi Olympic Games with medals. I did not.

In almost every interview I’ve done about the Olympics since then, I’ve been asked some variation of the same question: “How did it feel to watch them celebrate on the podium, given you wanted to be up there, too? Were you jealous?"

My answer has always been the same: I was very, very happy and very, very proud of them. I know there are skeptics out there, but I really mean it! I may not have been on that Olympic podium with Justine and Chloe in Sochi, but I was so happy to celebrate their victory. It was a shared moment because we'd been training together all the time to get there. I knew they were achieving their dreams and, as their sister, that was my dream, too.

What does it mean to “Be Olympic?” To me it's about family, it's about sisters. It's knowing that you're always there to support each other and that you're each a little bit stronger because of it. When you work together with others, and you have this unity of purpose, there's strength in that. I think that's true for all of us, and not just in sports.

A lot of people seem to think we should be in competition with each other: sibling rivalry. I'm sure there are people who don't get along with their sister or brother and I've experienced some of that myself.

My mum told me that when Chloe was born, I actually asked my parents if we could take her back to the hospital. I really wasn't happy to share the attention with her. Obviously that didn't happen, and Justine was born three years later. We learned to get along.

When we were young, we skied in the winter and sailed in the summer, and that had a big influence on how we grew up. If you've ever been on a sailboat, you'll know it's a very small environment.

From left to right: Justine, Chloe, Maxime: Sailing taught the siblings how to coexist in tight quarters. (Submitted by Dufour-Lapointe family)

My sisters and I had to be very creative. We didn't have that many toys, so we were creating paper clothes, sewing clothes together for dolls.

Living together was really fun. But at the same time, if we were fighting, there was nowhere to go. Go to the bathroom? Jump overboard? Forget it, my parents would come back to get us. So basically, we had to figure things out and work on conflict resolution.

Our upbringing, our family values, the way we learned to live together on the boat and the fact we choose to promote ourselves as a trio — no matter what — really created our unity.

Just like any sisters, we fight. We’re all different and sometimes we argue, but we’re able to work out our problems. We've also learned that our differences are our biggest strength. When we share our strengths, we become an even bigger whole.

Maybe it’s because I’m the oldest sister, but I’ve always taken pride in their accomplishments. Since they were little, they were chasing me, trying to keep up with me on the slopes. I was the one who decided to try moguls skiing, and they followed along behind me.

Somewhere along the way, when age didn’t matter as much anymore, they caught up to me, and we became teammates and competitors — but competitors in a good way. We train together, room together, go to the gym together, travel together, and make each other better. We challenge each other and we learn from each other.

When Chloe qualified for the 2010 Olympics in Vancouver and we were able to watch her compete — she finished fifth — that inspired me to become an Olympian, too. That’s when I realized what the Olympics are about. They have this power to bring out the best in humanity and bring everyone together, no matter where you’re from. I really wanted to be part of this inspiring movement.

I remember watching Chloe ride on the cart during the victory parade in Montreal, after the Vancouver Olympics, and thinking to myself, “oh my God, I‘m missing out. I want to be there.”

The journey from Vancouver to Sochi was one we travelled together. And there were challenges along the way.

The road to Sochi wasn't an easy one for Maxime. (Mike Ehrmann/Getty Images)

One of my biggest setbacks was being sent back to the lower Nor-Am circuit in 2011, because I was having bad performances on the World Cup circuit. It was a really hard, emotional moment for me. However, this helped me remember why I love competing so much and, once I did, I started getting on to the podium again. I had earned back my spot on the World Cup team by the end of the season. It is in those difficult moments that I learned valuable lessons that made me grow — and, in retrospect, I am very thankful for it.

I was the last of the three of us to qualify for the Sochi Olympics, and getting that final qualification spot for the Canadian team required the best performances of my career on the World Cup circuit. Not everyone thought I could do it, but, honestly, I never had a doubt. There was just a click in my mind at the end of the 2012-13 season. I was excited to show it to the world and then it happened. For me, my journey to get to the Olympics was so rewarding. Being at the Olympics was a gold medal for me, and being there with my sisters was a dream come true. It was bigger than anything we’d experienced before, and I think it’s important we were there together.

While the venue was bigger, we didn't change how we train or prepare or stick together. We're so used to being there for each other, and that support makes a difference in these circumstances. It keeps us grounded, keeps us relaxed. There's no events where we're not together, so it would have been odd not to be together there. We felt like we were at home.

It was also great that our parents, Johane and Yves, were there, too. They drove us all over the place as teenagers and have followed us around the world as we’ve competed at higher levels. We wouldn't be where we are right now if it wasn't for our parents. They will never say they made sacrifices for us — they made choices based on the fact they both wanted to be with their children no matter what we were doing. After I finished 12th in Sochi, while my sisters were on the podium, they hugged me and kissed me and told me how proud they were of me. It was my 25th birthday.

Mother Johane, left, has been a big influence to Maxime, right, and her sisters. (David Goldman/Associated Press)

After the Olympics, all three of us took part in a media tour through Toronto, Vancouver and Quebec and we had roles in the Quebec French-language version of Disney’s Planes: Fire & Rescue. It was always the three of us. I’ve been treated like a champion, just like my sisters. There’s absolutely no difference in other peoples’ minds, and I’m very grateful for the respect that I get. Not to say I was surprised, but yes, I was a little bit surprised. The Olympics were where everybody started noticing me, even though I wasn’t on the podium, and I carried on. It was just the tip of the iceberg.

There’s nothing I would change about my Olympic experience. I am so proud of my sisters for achieving their goals. I achieved mine, becoming an Olympian, and I know I did everything in the race to do my best. So I was really happy with myself, I was at peace with myself, and I had my two sisters doing crazy things. It was a symbol of our unity and our work together. It was an example of what it means to “Be Olympic.”

I just saw all of us being champions and I thought, well, now I can learn from the two best in the world!
We really try to enjoy this time in our lives.

This is only going to last for so long, this situation where we're always together, and we're just embracing the moment.