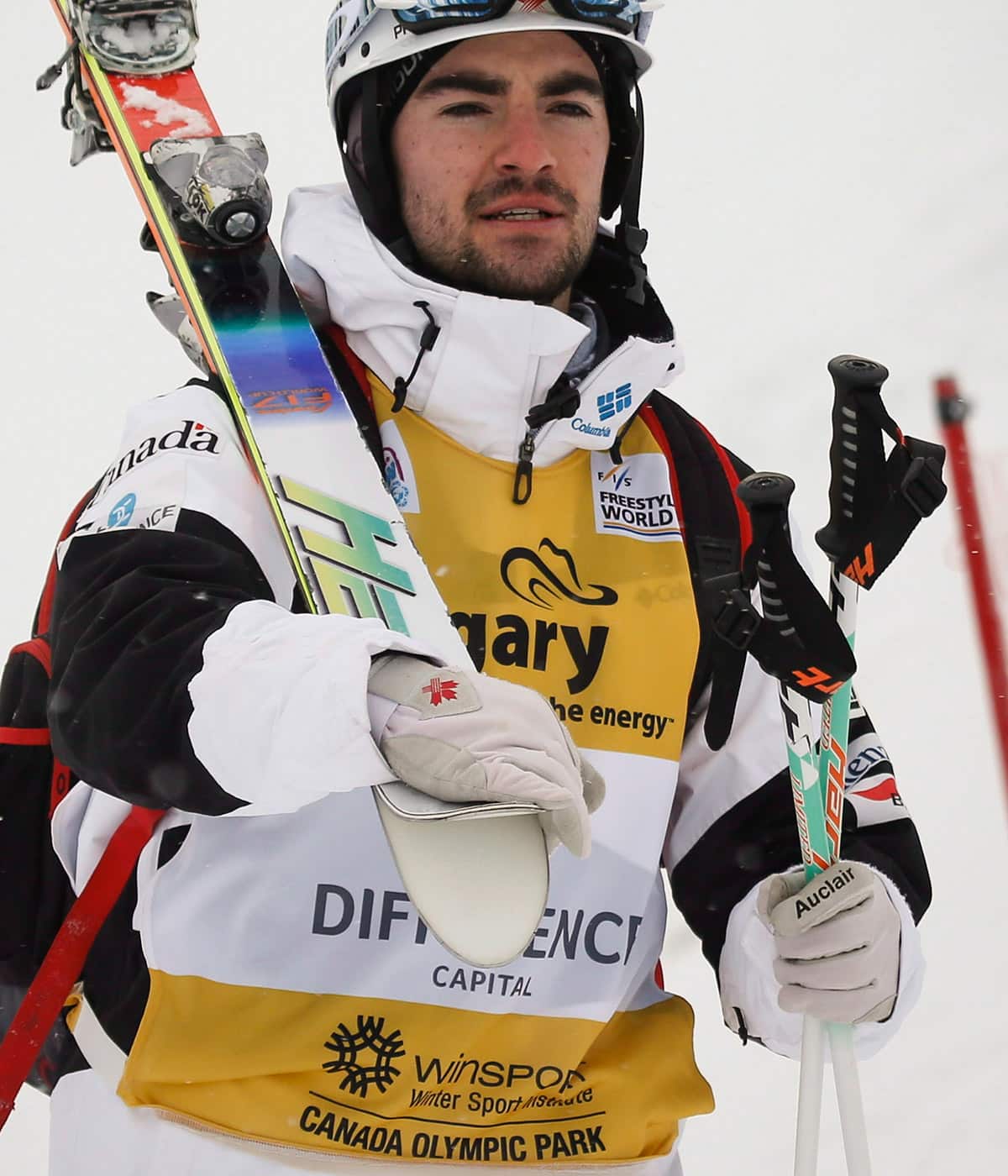 Philippe Marquis: ‘My scar is a sign of my future’

‘This body is marked by victory and defeat, joy and pain,’ says Canadian freestyle skier

For most of my career, my version of success was the simple notion of winning.

I was like Ricky Bobby and his famous quote from the NASCAR movie Talladega Nights: “If you ain’t first, you’re last.”

From the moment I took part in my first competition, the goal was clear: the Olympic Games. Nothing less! If the destination was certain, however, the path there was anything but. I was young, and nobody told me the steps to follow or directions to becoming an Olympian.

In the pursuit of excellence, the modern athlete accepts the necessary risks inherent in his or her sport. With my sights set firmly on the 2014 Sochi Olympics, nothing was going to get between me and my goal. As the sun rose on the 2010-2011 season, these risks caught up with me — leaving me on the ground, skis on my feet and tears in my eyes. My left shoulder was badly dislocated and my season over.

The operating room awaited and questions began to surface: Why put my body through such tests? What do I love so much about this sport, and this lifestyle? Is this the end of my adventure? What should I do?

December 2010 left a scar on my body but it could also have left one in my head.

The months that followed would be the ultimate test of perseverance and will, combined with doubt and fear. In short, I was a dejected athlete who had lost his way. I couldn’t stay motivated. I was knocked out, empty of passion, spiralling towards the unknown.

Every time I saw my reflection in the mirror, I saw this giant scar that had stripped me of my spirit. For the first time in my life, I had lost what was dearest to me. The path that opened before me signalled a long ordeal in which success could not be guaranteed.

Marquis’ body has taken a pounding through the years.

It wasn't the smoothest rehabilitation for Marquis. (CBC Sports)

Mind, body out of sync

So much effort, training and commitment — and for what? My head wanted to give more but my body wouldn’t let it. As long as body and mind are out of sync, it’s hard to tackle rehabilitation head on. I had to learn to accept my situation and, with time, put my injury into context. Once this was done, I threw myself into my healing the way I had my training.

As I waited to get back on my skis, I would take advantage of this time to reconnect with schools and with young people who shared my passion for the sport.

What therapy! My new occupation satisfied my need for adrenaline and gave me a routine outside the world of competition I knew so well. I felt new again.

Nearly a year later, after two operations to fix the rotator cuff in my left shoulder, I was on top of the world, ready to go down the thousands of moguls that separated me from my Olympic dream. I was remade, despite a 10-centimetre scar that reminded me that I put my body to the test.

The injury was neither bad luck nor a nightmare; it was a symbol of my character. I am a changed athlete, motivated by the thought of renewed success — success that no longer means winning at all costs. With a new state of mind, I attack the future by living in the moment, with the opportunity before me to rise up again brilliantly. From now on, success means realizing my potential.

Marquis gives viewers an idea of what he puts his body through.

I am filled with the desire to share my love of this sport and hope it will be contagious. The new Philippe Marquis is more committed to his sport than ever, and radiates new waves of energy. If my success translates into the gold, silver or bronze I so covet, fantastic. If not, I will cease to set impossible standards for myself and focus instead on my exemplary work ethic.

Victory does not exist only at the top of the podium. It reveals itself in an ability to overcome obstacles en route to being one’s best self. With this new approach, I am overcome by a deeper desire to be constant in my art.

It’s been five years since this injury changed my life. This critical period could have ended my Olympic dreams; instead, it became a turning point, a stepping stone in my sporting career.

My scar reminds me always that, with the right attitude, nothing can keep me down. This body is mine; this body is marked by victory and defeat, joy and pain — but, most of all, by pride. Is winning the only measure of success? Maybe it’s a question of circumstance. One thing is certain: my scar is a sign of my future.