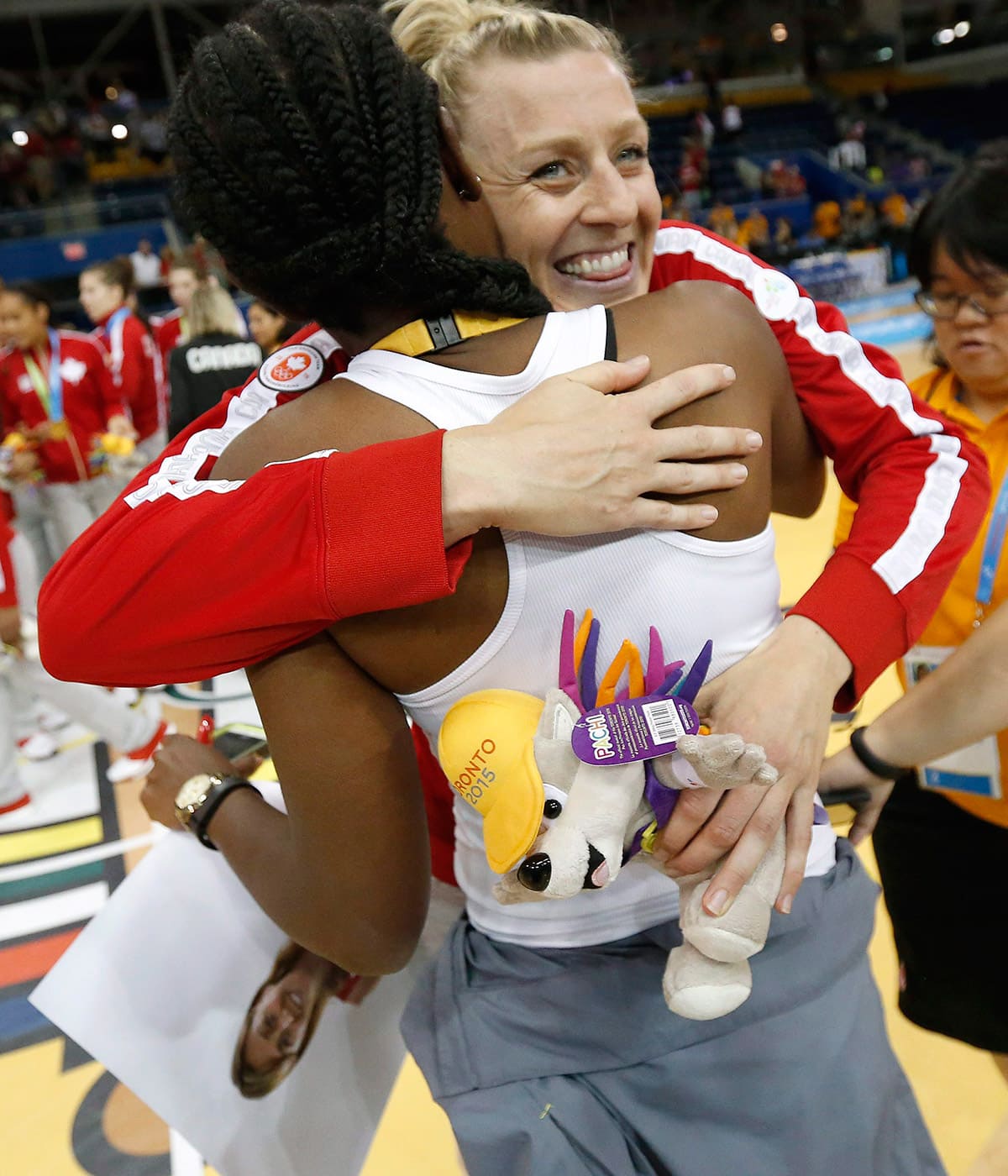 Lizanne Murphy: I want to be remembered as the ultimate teammate

‘I wore my heart on my sleeve my entire career,' says retired Canadian basketball player

My retirement stirs up a whirlwind of emotions.

An athletic childhood flashes before my eyes: My parents, Maureen and Harold, signed my sister Shannon, brother Desmond, and I up for every sport in  Beaconsfield, Que. I excelled in gymnastics, swimming, soccer and basketball. To this day, one of my biggest heartbreaks was being told at 11 years old that I would be too tall for gymnastics (with a 6’4" father and 5’10" mother, they had some foresight). I loved team sports for the competition and friendship that went hand in hand.

I played all sports at Queen of Angels Academy high school and chose basketball at Dawson CEGEP. From there, a full scholarship at Hofstra University in Hempstead, New York. I graduated in 2007 with my Bachelor of Science in biology (concentration microbiology) and minors in chemistry, biochemistry and French.

I’m very proud of my unusual path to the senior team. I never played on any junior teams. I was never invited to a training camp. At 21 years old, my mom drove me to Toronto for an open tryout. That day, 40 or 50 young women trained for six hours, and at the end, a handful were chosen to come to the training camp. Among them was my fellow teammate, fellow retiree and "sista," Tamara Tatham. After two weeks of two or three daily training sessions, we were chosen to the senior national team. We were the first players to make it from an open tryout, and none have been able to do it since!

A  pivotal moment  that first summer: The national team is in Valdivia, Chile at the Olympic qualification tournament. Being a rookie, and never in a million years expecting to be on the team, I was content simply to be there. I did not realize we were only two wins away from  going to the 2008 Beijing Olympics.

After that loss, our coach, Allison McNeill told us "If you women ever want to put Canada back on the map, you need to grow up, get stronger, more fit, more skilled, and go to Europe to play; only then can we make basketball relevant in our country.” The very moment she said that, I decided I would do everything in my power to be an Olympian.

What people do not realize is that you have to think about the Olympics; what they look, feel and even taste like, every single day. You have to fight for it daily. I had to  overcome  major injuries, including two ACL reconstructions. Two Olympics, two world championships, two Pan-American Games and Four America’s championships don’t come free.

I am excited to have some time off. I will enjoy my family, friends, two godchildren and finally get to enjoy a Montreal summer. I have been playing basketball year-round for the last 15 years, so, it’s been a while.

Murphy was a leader on the Canadian women's team. (Mark Humphrey/Associated Press)

I’m getting nostalgic looking back at the growth of Canada Basketball over the 12 years I have been involved. We have come a long way! We used to share dorm rooms at different universities (often with no AC) for weeks of training camps before traveling to Asia or Europe because we did not have the funds to host other countries. We’d joke that it was a "mom and pop" operation because parents would often supply all the snacks at our residence.

We had a book sharing club among the team, and with one television to share, we all got wrapped up in one show together (shout out to 24 for getting us through a few summers!). I wouldn’t trade any of those days for the world. Some of my best memories come from those hot, humid Canadian summers with my lifelong friends.

I  learned many valuable lessons while playing for the national team. The most important? Fighting for something bigger than yourself and trying your best to help your teammates reach their goals… usually helps you realize your own dreams along the way. I thought I knew what hard work was, until I got to Team Canada. If you can continue to fight when you are way outside your comfort zone, fatigued and mentally drained, that is when the real growth happens.

I want to be remembered as the ultimate teammate; I cheered just as much, if not more, for my teammates’ successes as my own. Oddly enough, that helped me succeed. I wore my heart on my sleeve my entire career, which has positives but also negatives. I want future players to know that it’s OK to be different and really excited (maybe more than other people think is normal) about something. I love our great country and I  love my teammates and I hope I was able to show that.

I owe many thanks. The first goes to my amazing parents. I’m not sure how they did it with three children, but they were at every single one of our  games growing up.

My brother and sister have been my No. 1 supporters, along with Tasha, Tenicha, Krissy, Kim and my late friend Debbie. I also need to thank Allison McNeill for taking a chance on an unknown, fiery kid from Montreal and believing in me.

Murphy's family has been a great source of support. (Lizanne Murphy)

David King coached me since high school; he has spent almost as many hours in the gym as I have. My physiotherapist, yogi and friend Diana  kept me in one piece, mentally and physically. I had two of the best strength and conditioning coaches in the world with Jaime Sochansky and Kenny Spracklin. Both Roger Friesan and Susan Cockle, our sports psychologists (but really SO much more) have helped me become the athlete and woman that I am today. I feel lucky to have them as lifelong friends.

I’d like to thank everyone at Canada Basketball, but in particular Denise Dignard, who went above and beyond to help me in any way she could. And lastly, but arguably most importantly, I have to thank all of my Team Canada “sistas” and our team family; from coaches to physios to support staff. I loved playing for Canada for the people and relationships. There is something special about our team, and it will always have a special place in my heart. I have to thank all of our supporters from all over who are just as excited about women’s basketball in our country as we are.

Finally, I  thank my city, Beaconsfield , my province, Quebec, and my country, Canada. I have received an outpouring of messages that have pushed me over the years. I am so proud of where I am from and it means the world to me that the love is reflected back.

In the short term, I am going on vacation. It has been 14 years since I have had more than a week off … so I am taking advantage. Longer term, I have to decide whether I will play one more professional season in France (where I have been for six years). I want to live in Canada and remain close to the basketball community. I plan to further my education once back in Canada. This summer I am  going to explore different avenues. I have many passions and I want to see where my next adventure lies.

And for one last time… un, deux, trois CANADA!

(Large photos by The Associated Press and Lizanne Murphy)