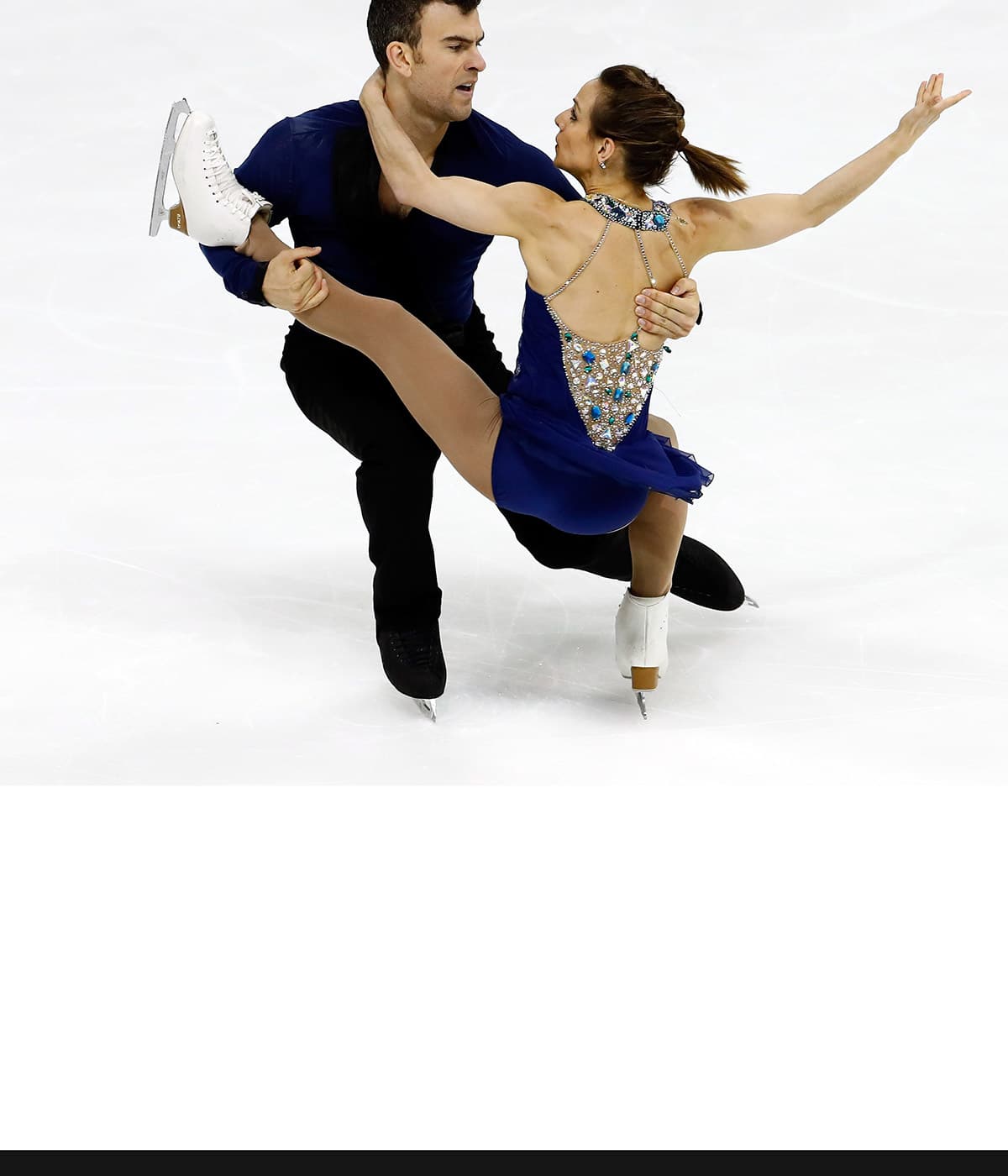 'There is no worse feeling than finishing a performance filled with frustration and disappointment,' says world pairs champion

“The heart is always the last one to leave the fight.”

Oh, and what a fight it’s been this skating season, filled with ebbs and flows like never before. But my heart's still in it, possibly more than it’s ever been. And I truly believe that this strength in my heart and hope in my soul will pull me through the world championships, and back on top of the podium.

Sometimes you just can’t put your finger on why things go wrong. This season, training has been going great, programs have been growing comfortably, and psychologically we know we have what it takes to be the best in the world.

But why haven’t we delivered in competition? Why have we performed below our potential time and time again this season? This is a big issue we have and still are addressing as we prep for the world championships.

There is no worse feeling than finishing a performance filled with frustration and disappointment. No athlete or performer wants to experience that, and as we finalize all our prep for the world championships in Helsinki, we are working to ensure that these feelings will be eliminated.

At the Four Continents championships, we won a silver medal, which itself is not at all disappointing since the team that won skated remarkably well,  and they are one of the best teams in the world.

But the disappointment was in our performance, which was far below what we know we are capable of. We went back to the drawing board. We created a new plan. We have altered our training plan. We have starting doing more during our on-ice training, with a higher level of intensity. We have committed 110 per cent to every step, every arm, every note of music, every detail.

Beyond committed, I’d say. We changed a lot of our choreography and details in our programs. The judges weren’t “feeling” our footwork? Fine, we will create another footwork sequence that is better and more engaging than the previous one.

We were feeling frustrated with our scores for program components (the “artistic” score) in our long program, but after analyzing this, our team realized our scores in that department were absolutely correct. We were under performing.

We weren’t committed and taking ownership of our skating, so of course, it made an undesirable impression on the judges. If we want higher scores, we need to skate for it. We need to go above and beyond what we were previously doing.

Duhamel and Radford assess the risk-reward aspect of adding the triple Axel.

Eric and I have introduced a new sports psychologist to our team in recent months, Sylvain Guimond. His infectious energy and passion have helped us acknowledge some weak points in our psychological game. Sylvain worried that Eric and I weren’t hungry enough anymore, that maybe we didn’t really want it that badly.

Adding a throw triple Axel to the program was difficult for Duhamel and Radford. (Tom Szczerbowski/Getty Images)

Of course, this is not the case, we wouldn’t be pounding away our bodies at 31 and 32 years old unless we REALLY wanted to be champions, but it did open our eyes to our approach. Maybe we did need to be more aggressive in our thought process. We realized that we have become a bit “lost” in terms of our goals and direction. Sylvain also taught me the importance of taking control of the moment and having respect for the sport and for myself.

This season started with Eric and I trying to include a new throw jump in our short program, a throw triple Axel. We felt like we needed this throw, to stay on top on our competitors and have an even bigger advantage over them in the short program, when we are all basically required to do the exact same elements.

This could be the one thing to really set us apart and we could head into long programs with such a lead that we wouldn’t need to worry about skating a perfect long program, just one that was good enough.

The learning curve of this throw was interesting. First, we had to learn how to hold each other on the takeoff of a throw Axel. What was the hand grip? What direction was Eric supposed to throw me in? How could I hold the top of Eric’s shoulder, like other teams have when trying this throw because Eric’s shoulder is just literally too high for me to reach?

We eventually mastered the technique and quickly learned a throw single Axel. Then we spent all spring learning the throw double. In an Axel, you have to rotate 2 ½ rotations in the air, and for the triple, 3 ½ . This is different from every other throw jump, where it is always exactly two, three or four rotations.

The process of learning even the throw double Axel was painful. I have a permanent bruise and indent on my right hip to prove it. But I got up after each fall, assessed what went wrong, and tried it again — I just wanted to land this throw SO badly I was willing to do anything. Even if I had to limp  to my therapists to try to reduce the inflammation from the hard falls.

Throughout the summer, we began gaining consistency on the triple Axel and we felt confident that it would work successfully for us in competitions. It actually became  one of our most consistent throws at home in training.

But, we truly underestimated what would happen when we began trying the triple Axel in high stress situations. It just began to get wild and out of control, and I would have crazy falls on it during competitions. Falls that we never had at home in practices.

At the Canadian championships, Duhamel and Radford removed the triple Axel from their short program. (Elise Amendola/Canadian Press)

The way the point system works, it’s only worth it to try such a difficult throw if you land it perfectly. Doing a much easier throw, a triple Lutz, we can achieve 6.9 points. And the one and only time we landed the triple Axel, we got only 7.2 points.

I know novice teams that land a throw triple Lutz, but they could never even attempt a triple Axel throw. We felt like the small point value — the 0.3 for the triple Axel — was just not worth the hassle, stress and danger, and so before the Canadian nationals in January, we removed it from our short program.

Looking back, I think this played with our confidence a little bit. We had convinced ourselves that we needed that triple Axel in order to be competitive, which was entirely untrue. We had already won two world titles without it!

Nonetheless, removing that triple Axel from our repertoire hit me hard on a psychological level, and in hindsight, I think it did undermine my confidence at the past few events.

Now, the world championships are looming and Eric and I are getting ready to take on the pairs skating world in Helsinki. I feel prepared and confident that Eric and I can deliver season-best performances. We have always thrived in environments that are extremely competitive, and these world championships will be no exception. There are five or six  amazing teams with the ability to fight for the gold medal. It is going to be a very exciting event.

To prepare ourselves, we have pushed harder in training than ever before. More numbers, more intensity, more work on details. More visits to the therapists, more work on our mental game and more early morning training sessions. I go home every night completely exhausted, but so proud of the work we are doing. I know when we step on the ice in Helsinki we will have “no regrets,” which is also the title of our long program music — go figure!

What is success? I have thought a lot about this in the past month. Some people, including myself, sometimes get lost in the thought that success is dressed up as a gold medal.

And at the end of the day, only you know whether you are winning or not.