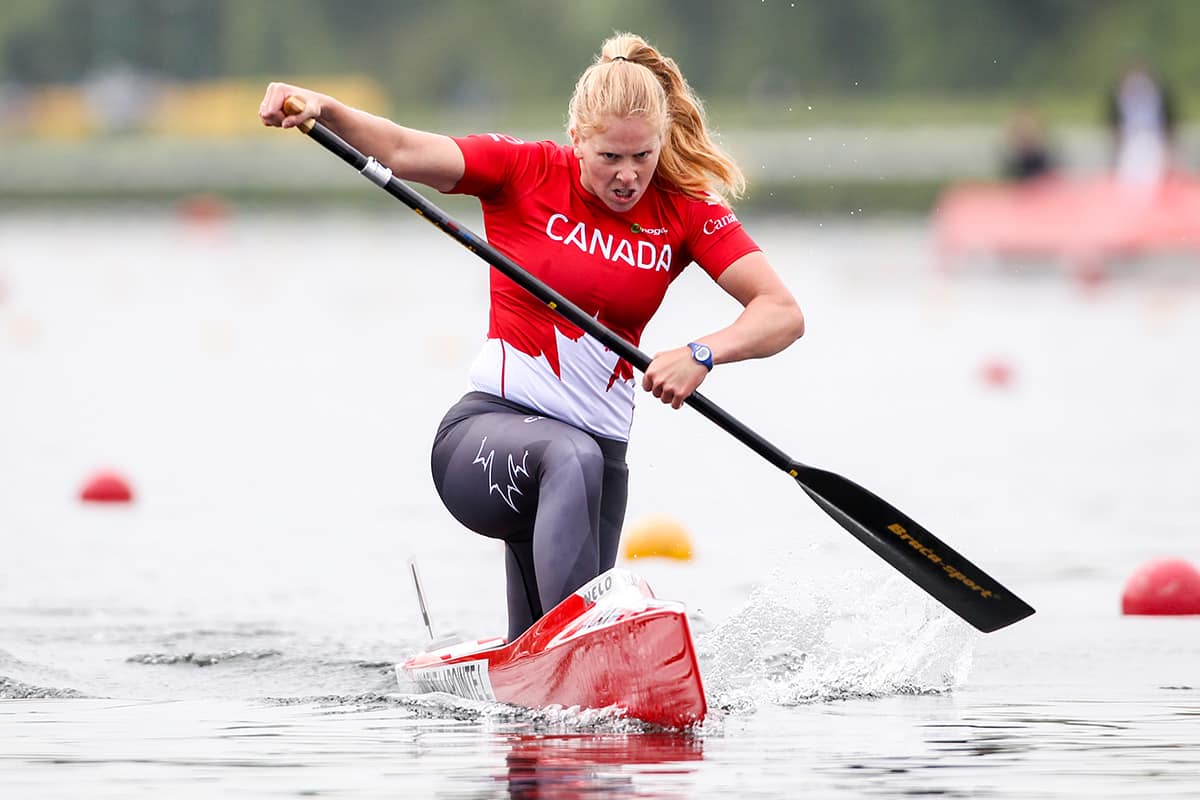 When I heard the news I didn't yell or cry, but I felt a weight lifted off my shoulders that I didn't even know was there.

I felt relief because all those years of uncertainty, where I didn't have a future in my sport or when I had to fight every day for recognition, were finally gone.

It has been my dream that the ICF would agree that our level was high enough to be in the Games and I am incredibly happy that all of the skeptics were proven wrong with the recent announcement in January.

The International Canoe Federation has finally approved a program with women’s canoe for the 2020 Games.

Our long fight for recognition has been rewarded.

On the water I have trained like crazy to push the level of the sport higher and higher so nobody could say it wasn’t competitive enough.

They said canoeing is bad for women’s bodies. Canoeing was going to leave us infertile.

Who knows how many of us have given birth while the old-minded thinking and ludicrous excuses kept us out of the Games. And just how fast have we become while they claimed that we weren’t good enough to compete?

This is more than just a chance for me to realize my Olympic dream – this is a chance for women’s canoe to be equal to other athletes.

The frustration of knowing you’re good enough and knowing your competition is good enough, yet still being denied the chance to compete at the highest level in the sport seemed so unfair.

This isn’t the first barrier I’ve overcome in my athletic career. The ability to overcome obstacles seemed to be a prerequisite for canoeing since I first tried the sport. That was 11 years ago and you might be surprised to know I was terrible when I started.

I couldn't stay in the boat at all. I was even told I had created a new discipline called the "diving canoe". But that didn’t stop me. It took two years but I finally managed to stay in my boat for a full practice.

I was completely in love with the freedom of being on the water and the powerful sensation of paddling. From there, I got better every day until I managed to win my first race a few years later.

This made me tougher and I developed a lot of stubbornness. I decided that I would not be looked down upon or told I should do something else.

This stubbornness brought me to the international level for the first time in 2010,when many people had told me that it was impossible. Since then I have proved many people wrong when they said that women should not be in canoes or that women could not paddle well.

One of my proudest moments was the first time I raced internationally and a male canoeist told me he had never seen a woman paddle so smoothly and so fast. That inspired me to set even bigger goals for myself and now I will give my absolute best to make it happen in Tokyo.

I’ve raced in countries where women paddlers are still not well received and I’ve always been proud to represent Canada.

Canoe Kayak Canada has always supported me and been a strong voice internationally in putting women’s canoe on the Olympic program. Many women tell me that I was part of the reason they started canoeing.

I feel so lucky that I get to do something I love, represent my country and inspire other women to try a new way of living.

For years it felt like we were paddling against a huge headwind and getting nowhere. But finally we have become stronger than the headwind and in four years hopefully we’ll reach the finish line when we realize our dream of competing at the Olympic Games.

This year 50 women showed up to race the women’s C1 at the world championships. It’s fitting that we are now celebrating the fact that change is in the air.

They’ll realize that they can do it too. Hopefully they will see when they’re told they can’t do something, they just need to want it more.