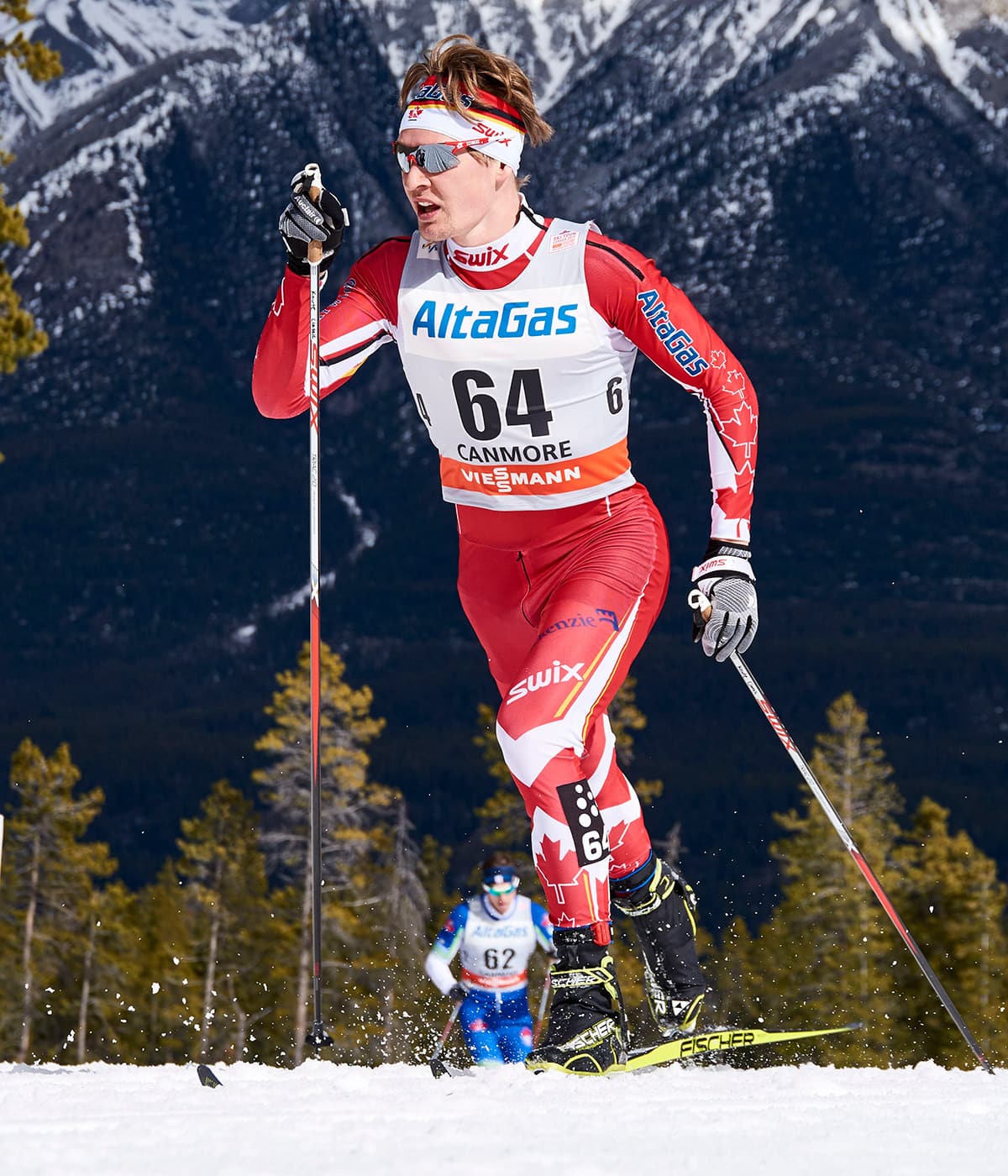 Knute Johnsgaard hears The Call of the Wild

‘The Yukon is more than my birthplace, it’s where I developed into an elite skier,' says Canadian cross-country racer

I live in the Yukon. It’s a wild place, but within that wildness there is a certain beauty and simplicity.

It’s a place where many residents still rely on the pristine rivers and healthy forests for subsistence hunting and fishing, and where a resiliency is paramount to thrive in its unique environment. It’s a place that despite making up only 0.01 per cent of the country’s population yields three of the eleven Canadian athletes competing at this year’s world cross-country skiing championships.

The Yukon is more than merely my birthplace. It’s where I grew up exploring one of the world’s last true wilderness areas, and it’s where I developed into an elite ski racer. It has shaped me as a person and as an athlete, and I forever credit those experiences and the Yukon’s  warm, supportive people for helping me achieve my spot on the Canadian national cross-country ski team.

My upbringing was one of outdoor pursuits from an early age. I remember laying on a lake’s frozen surface on my family’s trapline, nearly a hundred kilometres from the nearest road or dwelling. Peering down an eight-inch hole through four feet of ice, I was full of hope and excitement.

Impervious to the cold, I would jig my lure up and down, waiting for a trout to take interest. I was so invested and focused on the process that my frozen discomfort would disappear with a simple tug on my fishing line. In that beautiful, yet unforgiving environment, I learned one of life’s biggest virtues — patience.

Over the next decade and a half, skiing would put my patience to the test. Extreme physical demands and muscular endurance had to be paired with technique, finesse, and mental toughness. My calloused hands alone are  a simple tribute to months of vigorous training. I have spent long hours roller skiing desolate, chip-sealed roads, clenching my teeth in the gym and collapsing, exasperated and exhausted after all-out running interval sessions.

Between training sessions, I needed to do laborious construction work to provide the financial means to chase my sporting dream. With racing, my legs would scream in agony, my lungs would gasp for air, my heart would beat seemingly out of my chest, not giving way to anything until I crossed the finish line. However heroic the effort, all too often it wasn’t enough. Frustration in competition was a familiar feeling. I had been prepared for it by the days when the fish weren’t biting.

To escape the rigors of ski racing, exploring the Yukon’s untouched wilderness was and remains one of my biggest passions. I love the tranquility and peace that nature brings. With a week’s provisions on my back, I can explore the far reaches of the Yukon’s vast expanse, covering a marathon a day through muskeg, thick boreal forest and over rugged mountains with relative ease, thanks to my skiing fitness.

What skiing gives to my passion for the outdoors, the outdoors also gives to my passion for skiing. There is a deep spiritual connection for me between the two. They  create a balance point. Being out on the land gives me strength and motivation to get through hard training sessions, to keep jigging my lure. As it so happens, I just recently  landed the biggest fish of my life.

This past January an opportunity arose to race the fabled World Cup distance relay in Ulricehamn, Sweden. A week out from the competition and a continent away, I was granted the opportunity to complete for Canada’s four-man team, which was otherwise not slated to start because we had only three skiers in Europe.

It was four days to the race. As the excitement of an upcoming hunting trip in the Yukon gets me through exhausting training days, the excitement of the upcoming relay race made an ordinarily miserable travel day pass like a breeze.

Arriving in Sweden, I enjoyed a quick reunion with my teammates before the reality of the situation started to sink in. I had two days to prepare for the race. In the midst of adjusting to an eight-hour time zone shift, I witnessed my teammate Alex Harvey top the podium in Saturday’s 15-kilometre skate race — a race I was somewhat reluctantly sitting out to be at my best for the relay.

Since the introduction of the relay in the 1920s, Canada has never managed to finish on the podium. Despite never having achieved a relay medal, the team’s confidence was riding high after Alex’s win, and we truly believed anything was possible.

The excitement of an upcoming hunting trip in the Yukon got Johnsgaard through exhausting training days. (Jonathan Hayward/The Canadian Press)

Warming up on the short warm-up loop’s dirty track, I was completely focused on my race preparation; so much so that the thunder of the crowd, 40,000 elated fans, was only a distant echo as my teammate Devon Kershaw tagged off to Alex at the front of the pack. As Alex made his way around the 7.5-km course, my watch told me it was time to head to the exchange zone. Anticipation grew when I caught a glimpse of Alex, still in the lead group. I tried to calm my racing pulse exactly as I would before aiming a shot at a 1,200-pound bull moose, swaying its magnificent antlers side to side, closing the distance on me; responding to my calls.

As we tagged off, anxiety left me in a single exhale, as if I had been holding my breath under water. I felt the rush of cold air that was now cycling through my lungs as my body careened forward. I was in “the moment,” feeling the rhythm, tuned in to match the tempo of the skier in front of me, ready to mimic their every move. With three kilometers to go, the decisive move came from Olympic and world champion Marcus Hellner of Sweden.

I responded to the attack as the change of tempo started to string out the pack, leaving behind a few countries, their hope for a medal falling with their pace. Closing down on the stadium, I suddenly realized I was about to tag off to our anchor leg skier, six-foot-six Lenny Valjas in the lead group. I was immensely satisfied that I was able to keep the team’s medal aspirations alive.

So content with my own effort I just about forgot that I had a teammate fighting for a Canadian podium first! I watched in awe as Lenny sprinted to a bronze medal, only half a second from the gold!

Devon and Alex exploded into the finish area like we were six years old and Lenny had just broken a piñata. I followed half a step behind partly needing to make sure what just happened wasn’t my imagination.

Weeks later the podium finish is still sinking in. Did we really do that? I had helped earn Canada’s first ever medal in the men’s relay, after a 90-plus year drought, and in doing so reached the 2018 Olympic qualifying criteria. I will remember forever the best day of my life, the day I stepped onto the World Cup podium in front of 40,000 screaming fans.

My journey from the trapline to the World Cup podium has taken more than fifteen years of hard work. A credit to patience and my humble upbringings in the Yukon bush.