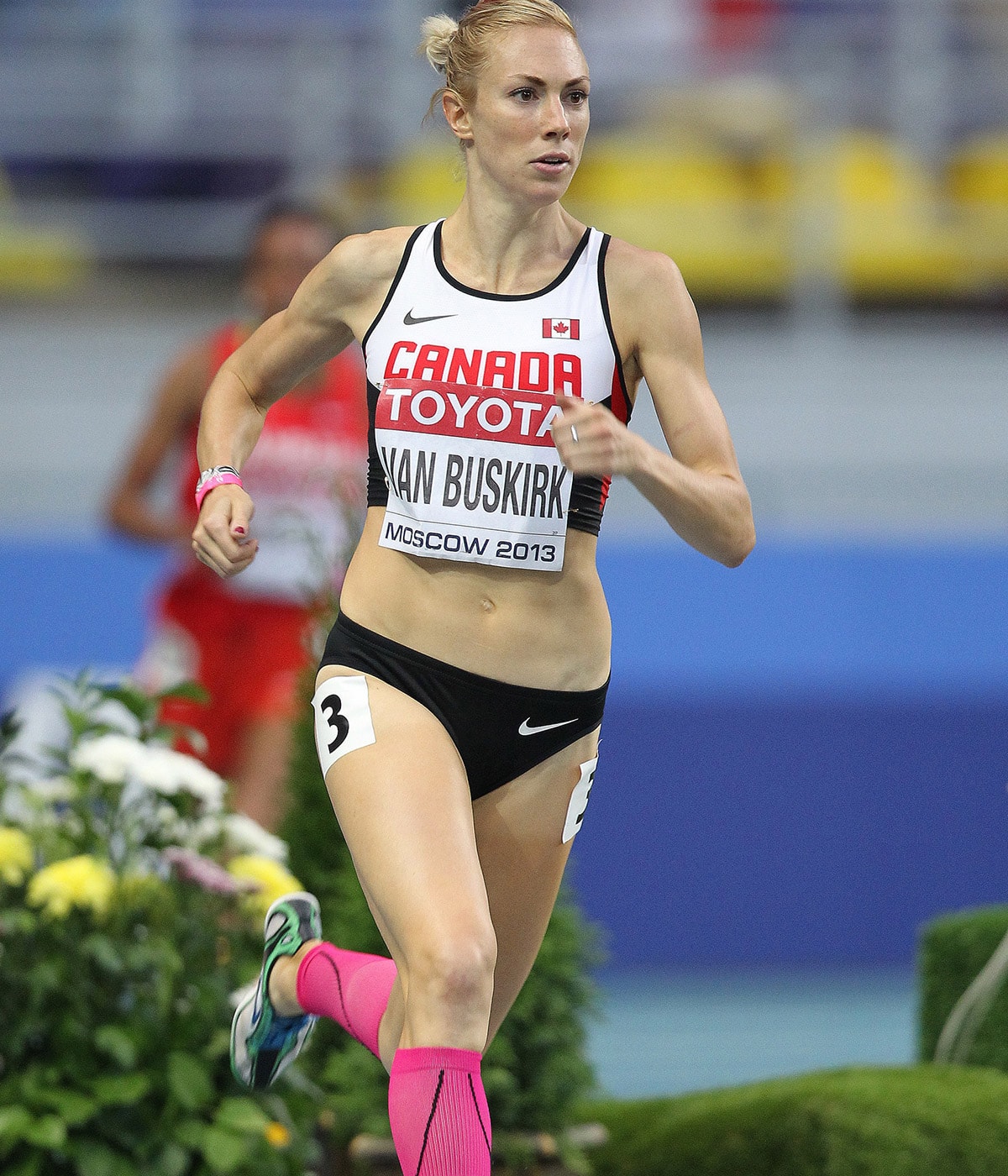 'I bawled my eyes out to my parents, then detached from the elite running world'

I’m lying on my back in the small room I’m renting in Victoria, B.C., my teammate crouched next to me with concern and pity written across his face. I try again to roll over, every ounce of will power devoted to this monumental task. I cry out at the sharp, eviscerating pain that surges through my pelvis. That more than answers my friend’s question and he winces helplessly as tears stream down my cheeks. It is October 2015, and I have nine months to prepare for the Canadian Olympic trials.

Nine months to get ready for the biggest athletic challenge of my life. Nine months until the culmination of almost 20 years of dedication to this beautiful, heart-wrenching sport. But in this moment, all I can think about is the fact that I literally can’t get out of bed.

I have dreamed of competing in the Olympics almost my entire life. At age nine, I watched in awe as Donovan Bailey tore across the finish line at the ’96 Atlanta Games in a world-record time, the Maple Leaf blazing like Superman’s emblem on his chest. The image of this athletic dominance and of Bailey’s exuberance became indelibly etched in my mind. It was the most glorious thing that my young eyes had ever seen, and I knew in that moment that I wanted to experience it for myself.

Eighteen years later, I finally got a taste of what I had spent most of my life yearning for: On July 29, 2014, proudly outfitted in the Team Canada racing kit, I crossed the Commonwealth Games finish line in Glasgow, Scotland as a 1,500-metre bronze medallist.

I was on a high, revelling in the prospect of Diamond League and world challenge meets that my agent and I were planning for the post-championship season. But a week after returning from Scotland, a torn hamstring tendon changed everything.

The injury ended my season prematurely and forced four months of rest and rehab. Once the tendon healed, and I began my return to training in early 2015, I started experiencing frequent pain in my pelvis and lower back. The pain intensified over the next few months. It prevented me from running with any consistency, not to mention sometimes leaving me writhing in pain after workouts.

Manual therapy provided short-term relief, but my training throughout 2015 was a patchwork of infrequent track sessions and pain management in the form of high-dose NSAIDS  (non-steroidal, anti-inflammatory drugs. Goodbye, 2015 world championships and Pan Am Games).

Fast forward to October and that moment of peak desperation in Victoria. Faced with the looming Olympic year and unable to walk without pain, I sought guidance from a phenomenal sports medicine team at the Pacific Institute for Sport Excellence. A 3D ultrasound showed "signal changes" in my pelvis in two locations, indicating either pelvic stress fractures or severe inflammation from another cause.

As a means of ruling out various culprits, I was tested for a rare gene called HLA B27. The results came back positive. I was subsequently diagnosed with spondyloarthropathy, an inflammatory rheumatic disease that affects the major joints of the body, causing pain, stiffness, and in severe cases, spinal fusion.

Although I was born with this gene, I didn't experience any symptoms until my late 20s. I was told that the hamstring tear and the way that it healed likely changed  my physiology so that it "set off" the disease. Had I been diagnosed with stress fractures, I would have had to take 12 weeks off, and then gradually return to running.

An inflammatory disease likely meant some degree of pain for the rest of my life, and the potential that I would never again compete at a high level. I never thought that I would wish for a broken pelvis.

But it wasn’t enough. After months of frustration, depression, and physical pain, and with only three weeks to go, I withdrew my name from the Canadian Olympic trials. On Thursday June 16, 2016, I put my track spikes in a box on the top shelf of my closet and closed the door. In doing so, I closed the door on my Olympic dreams for that summer.

Finally healthy, Van Buskirk is ready for whatever the future holds. (Twitter/@CanadianRunning)

I knew well before that day that I wasn't going to Rio: I hadn't come close to the IAAF time standard in the 1,500 (four minutes, seven seconds), and in fact, my performances on the track were getting worse with each race. I strove in vain to keep the dream alive, pushing through fatigue. But time and my energy reserves were running out.

Despite knowing that I didn't have the qualification standards to make the Games, the decision to end my season felt like an utter failure, like I was giving up. I had sealed my own fate: I was not going to be an Olympian. I called my coach, bawled my eyes out to my parents, then detached as quickly as I could from the elite running world.

In the end, I made a decision that had less to do with the immediacy of last summer's Olympics and much more to do with my passion for a sport in which I still wanted a  career. Over the last three years, I have engaged in a comprehensive exploration of my body and mind in an attempt to understand my limitations and potential.

After taking last summer as a detachment period from running, and truly giving my body and mind a chance to heal, I returned to training in the fall feeling more like myself than I had in years.

I am now almost entirely pain-free in my daily life. I have gained a vast wealth of knowledge about my body and my ability to keep it strong, healthy and powerful. My love of my sport has been tested and I have come out the other end knowing beyond a shadow of a doubt that I want to continue pushing my boundaries, pursuing fast times and medals, and learning what I'm made of.