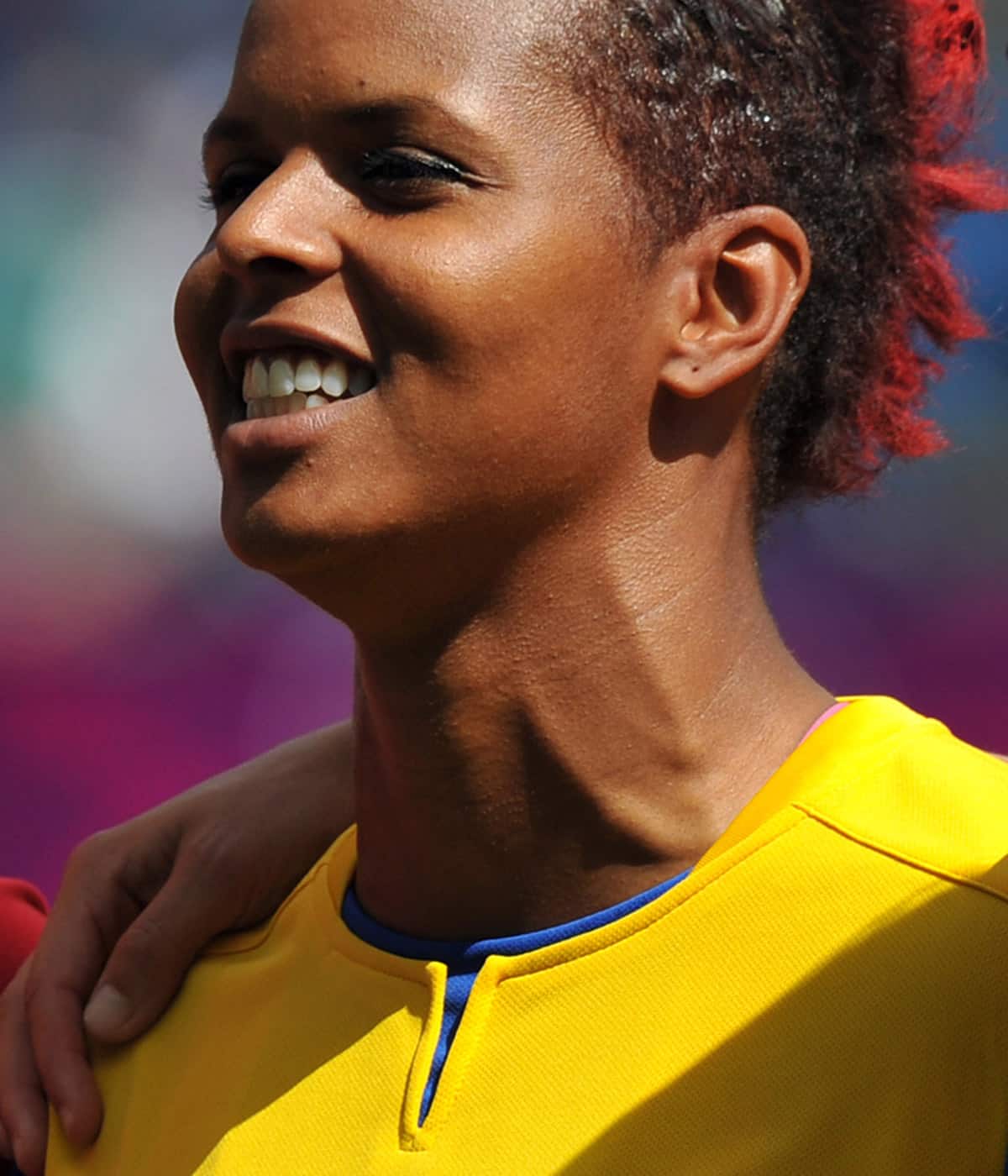 Karina LeBlanc: The moment ‘I knew it was OK to leave’

People wouldn’t know that I was shy growing up.

Especially since people view me as the team jokester, but I really came into my own through the sport. I found my voice.

I played on the team for 18 years. When I was first on the national squad, there were eight people in the stands, four of them being our parents.

Winning bronze at the 2012 Olympics, despite losing to the U.S., caught the nation's attention. I think Canada fell in love with us for the way we handled losing that game to our biggest rivals...but perhaps didn't like the call from the referee.

After that loss it really forced me to think about who I was outside of soccer.

Leblanc, far right, reacts after making the winning shootout save against Brazil to win the gold medal at the 2011 Pan Am Games. (Nathan Denette/The Canadian Press)

Coach John Herdman said to me ‘If you think your purpose on this earth is to play soccer for Canada, then I have failed you."

In that moment, he switched my mindset because John always thought I was meant to do more. He made me reconsider my purpose on this earth.

So, when I met UNICEF’s Bonnie Shepherd we got into a long conversation about what my "why" was. It led to me becoming a UNICEF ambassador.

My first job was going to talk to kids in Honduras, in the second most dangerous city in the world. I arrived in a bulletproof car to step onto a gravel field that in Canada we probably would never play on today. But, these young girls didn’t seem bothered at all.

I got out of the car and these 200 amazing young smiley faces sprinted towards me. In the midst of all of these different emotions, what struck me and would change my understanding of my purpose in life, was that five of these girls were wearing tattered old Canadian jerseys.

These jerseys were the same ones that I wore on my very first team when I first started playing soccer.

In that moment, I knew this was my "why."

John created a culture of living life at 80 per cent to start, building up to 90 per cent going into the World Cup. Not just for soccer, but also as a person, a sister, a daughter, a friend, a teammate, a Canadian.

When it comes to game time, you raise your level to 100 per cent.

The decision to retire was a hard and tough one. Every athlete will admit this, but it was my dad who really helped with making the decision.

“Would you rather retire and do your last wave wearing that Canadian jersey in front of Canadians and the people who inspired you and did this with you for 18 years or Brazilians who don’t know who you are,” dad told me.

Those words were really the deciding factor. I wanted to do this on home soil.

After the loss in the World Cup, I went to Whistler. This really manly man walked up to me and said "You make me so proud to be Canadian!" That’s when I knew it was okay to leave.

I wanted to leave the game better than when I came into it and I think I did.

It was soccer as a whole, but also knowing our team was in good hands with young keepers Steph Labbe and Sabrina D’Angelo that made me proud.

I wanted to inspire not only my teammates but the next generation of fans as well.

When I retired the team gave me a signed jersey and all of their notes brought me to tears. Never would I imagine that I would be able to have such a strong impact on such influential women.

Thank you Canada for inspiring me to want to be the best version of myself every single day.

I am more than soccer.