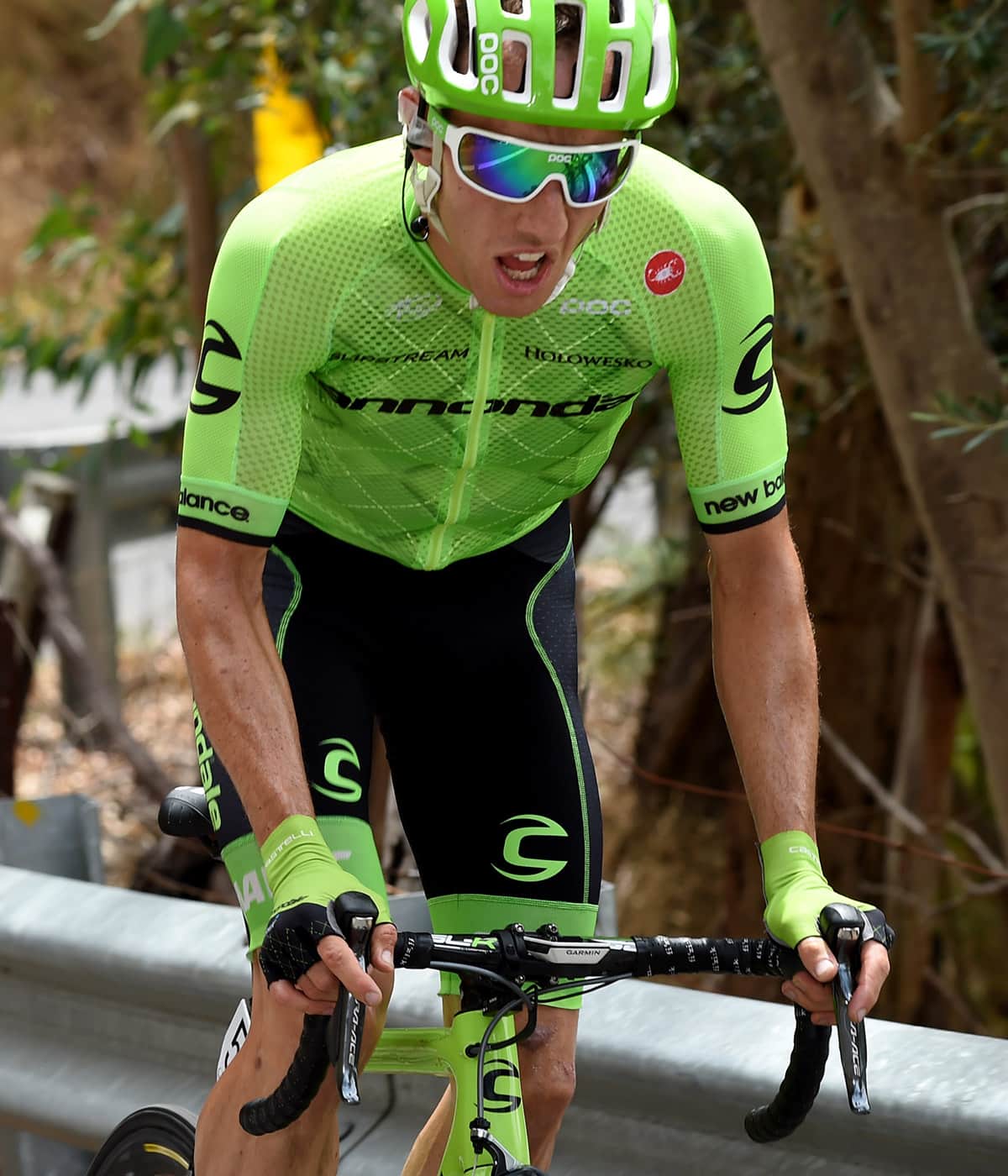 There was a period in my life where I was the cliché former high school star whose brilliance had long since faded.

I spent many sleepless nights looking up at the ceiling wishing I could invent a time machine. Now, worse things have happened to people —much worse — but I thought the greatest thing that I would ever do was something I did when I was 18-years-old. It was sad.

Adolescence for me was great. I had purpose and I had a clear idea of what I wanted to do with my life, and this, in high school — a place where most kids don’t know what they are going to do that weekend — was a huge advantage.

I was going to be a professional runner, compete at the Olympic Games, and then settle into a nice coaching gig post glorious running career. Really, I had it all planned out, and my successes on the track only validated my beliefs.

I was very lucky to have incredibly supportive parents, a talented coach, and great aerobic capacity. When you are lucky enough to have these things, running, unlike many other things in life, is pretty objective, and the rewards from your hard work are tangible.

At the University of Michigan, Woods became the first Canadian to break eight minutes in the 3,000 metres. (Photo courtesy Mike Woods)

I did everything in my power to train towards those goals, and the successes followed. At the age of 18 I earned a full scholarship to the University of Michigan. I became the first Canadian junior to break eight minutes for the 3,000 metres, and became the youngest Canadian to break four minutes for the mile (almost 11 years on my records in the 3,000 metres and mile still stand).

I was one of the top junior milers in the world, and a year later, as a 19-year-old, I would go on to earn a top-50 senior world ranking in the 1,500. All signs seemed to be pointing me in the direction that I had set out on at the beginning of high school; Olympic glory and the riches that would come in its wake. However, anybody who has followed the lives of child stars knows that for every Natalie Portman there are a hundred Macaulay Culkins.

I went to Michigan to run under one of the most respected coaches in the NCAA, and train with the best milers, not just in the country, but in the world (Nick Willis, my teammate at Michigan, would go on to place second at the 2008 Olympics in the 1,500). However, by my junior year, my coach’s old-school approach to training, in concert with my overconfidence (which had accrued through years of uninhibited success) and poor dietary choices broke me both literally and figuratively. I suffered several stress fractures to my foot and my running career was on a downward trajectory.

When you are 19, and you get 50 extra Facebook friends because you ran a fast time, it can go to your head. Because people celebrated me for my accomplishments on the track I tied my value as a person closely to how fast I ran.

If I was running fast I was great, but if I wasn’t then I was the opposite. By my final year of university I had already undergone one surgery to my left navicular bone (a small, but essential to running, bone at the top of my foot) and I was a shadow of my younger self. Gone were my confidence and a proper functioning foot, and one would think my dreams of one day representing Canada at the Olympics.

Woods finally has to let his running career end and move on. (Photo courtesy Mike Woods)

Writing on the wall

Long after everybody else saw the writing on the wall, I tried desperately to keep my running dreams alive. From 2008 to 2012 I fruitlessly underwent further procedures on my left foot, worked jobs that I hated, and leaned on both my parents and my now wife for financial and emotional support. It was tough.

I would occasionally run into old high school friends, or runners, and I could see how they saw me when I would tell them I was still trying to keep the dream alive. I knew they saw me as uncle Rico, but in my mind I was going to be Rocky Balboa in Rocky II; coming back from serious injury, rising from the ashes like a Phoenix, back to the top of my game.

However, in in the fall of 2011, in what would be my last running race, I once again broke my foot. This would be the final nail in the coffin encasing my running career.

By that time I had been banging my head against a wall for so long that this injury sustained to my foot was more of a relief than a blow. I had begun to realize that running, in the grand scheme of things, was insignificant. I felt like I could finally stop defining myself as a runner, and do something I knew I should have done years earlier; move on.

Riding, especially while struggling with injuries, was cathartic for Woods. (Graham Watson)

For a number of reasons this realization and these injuries, in retrospect, were probably the best things that could have happened to me. During my convalescence from my first stress fracture I met my future wife, and began to steal my dad’s road bike and use it for cross training to stay fit.

Riding, in the years where I was struggling with injury, was cathartic. I would get the same endorphin high that I was missing from my runs, and I could push my limits and explore the world outside (two things that I loved most about running). Eventually I joined local Ottawa rides, and even my dad, who grew sick of me wrecking his road bike, and who recognized how much I enjoyed the sport, would go on to buy me a bike for my birthday.

I had fallen in love with cycling, and by the time I broke my foot in that final race I recognized that even though my running career was done I would at least have something to keep me active. It was only days after that injury that I would call the Cyclery, a local Ottawa Bike shop, and ask if I could ride for its team for the 2012 season.

Despite starting at an age where many cyclists begin to start thinking of retirement — I was 25-years-old — I set the goal of becoming a professional cyclist and one day competing at both the Tour de France and the Olympic Games. This journey would prove to be far more difficult than I had originally anticipated; and I have the scars to prove it.

Since Woods started his cycling career, he has broken more bones and lost more skin than he cares to think about. (Graham Watson)

The rest is gravy

Danger, tactics, and technical ability are three things that are far more prevalent in cycling than in the sport of running. Since I started my cycling career I have broken more bones, and lost more skin, than I care to think about, and barring major medical advancements, I doubt I am going to age well — I’m writing this story with a hand that suffered three fractures just a few weeks ago. However, coming into cycling I did have two major advantages; A massive aerobic capacity built from my years as a runner, and the tools and coping mechanisms that I developed over the years of having my dreams crushed as a runner.

Being constantly injured, and trying to comeback, taught me a lot of valuable lessons. As a cyclist I no longer associate my value as a person with a number on a results sheet, and this allows me to just enjoy the process of racing my bike and learning the sport.

So, despite my numerous crashes and getting screwed over by a sketchy team or two, each year I progressed, and with the help of my wife, friends, family, and a great coach, I began to find my skills as a cyclist matching up with my aerobic capacity.

Now, at 29, I find myself having achieved those blatantly ignorant goals that I had set.

I currently ride for the World Tour (cycling’s NHL equivalent) team Cannondale Pro Cycling, and I have been selected to represent Canada at the Rio Olympics. Getting the email from Cycling Canada confirming that I had made the Rio squad was a surreal moment, and one that I am still coming to terms with. This was something I set out to do 20 years ago as I watched Donovan Bailey and the men's 4x100-metre team win gold in Atlanta. That dream of mine has raged at times and has also burned like the final flickers of a flame at the end of a matchstick, but somehow it has persevered.

I know I have been incredibly lucky over these past four years. I have had a lot of people believe in me when logic said they should not have. I have also worked my ass off and suffered a bunch. But one thing I have learned from both my athletic careers — and that I was reminded of weeks ago when I broke my hand: it can all end in a moment.

At least, if it does, I can safely say that I have outdone my 18-year-old self. Now, the rest is gravy.

Woods cites climbing as one of his biggest strengths.