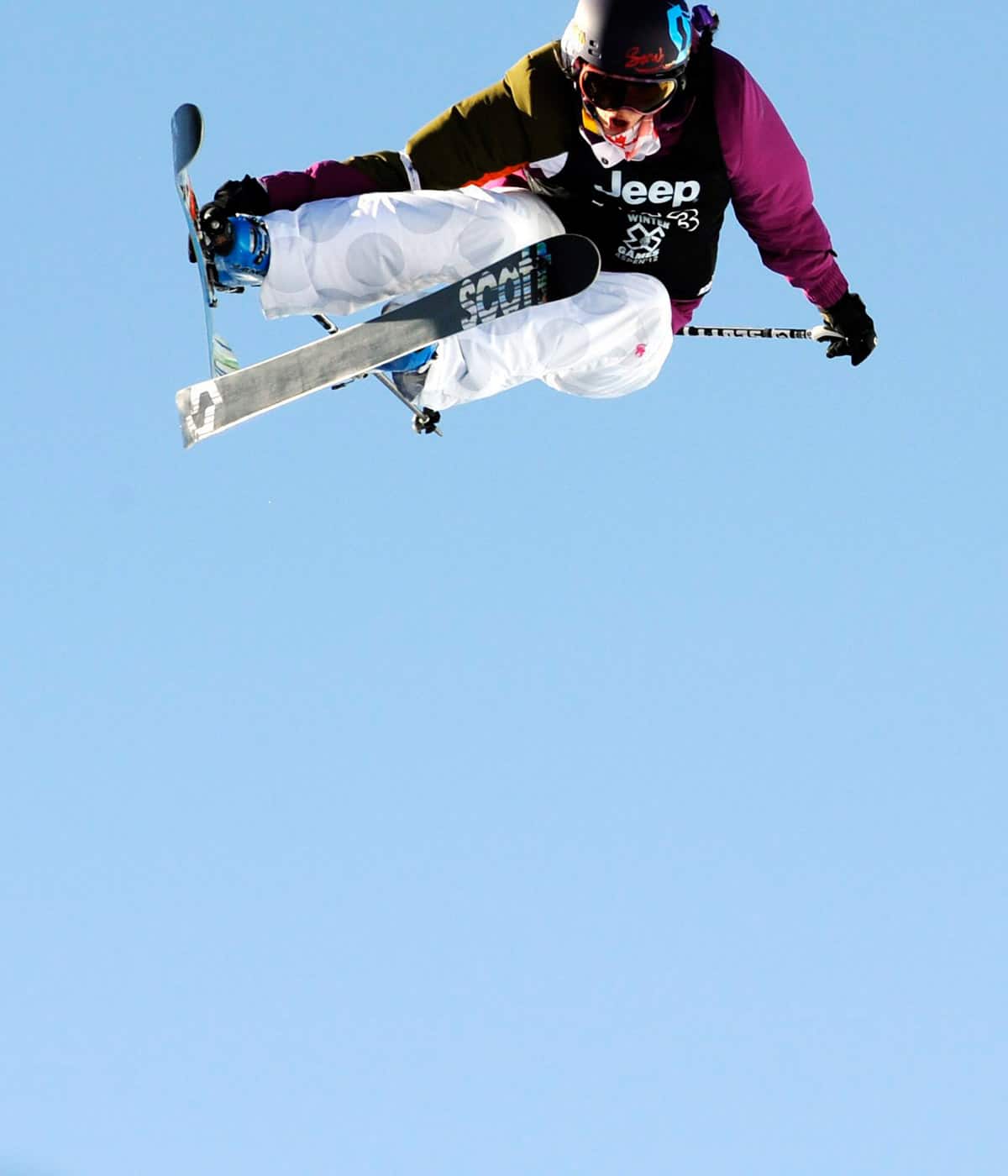 Freeskiing: The sport that threw out all the rules

Through my role in ski sports, my goal is to build a bridge between the athletes and judges.

I’m a former member of the Canadian freestyle ski team, and most recently, a scoring judge for the newest Olympic sports in Sochi — halfpipe and slopestyle skiing. How we judge these sports is a reflection of the community that originated them, to bring you up to speed, I have to tell you about the past.

It was the mid-90s; Jean-Luc Brassard had won the gold medal in mogul skiing, and I’d placed third in a dual mogul event in Are, Sweden, when a new company called Red Bull offered to bring me back in two weeks for a big air event. I thought I’d found my favourite expression of skiing.

But that summer, the forefathers of freeskiing, Mike Douglas and Steve Fearing, asked me to join the New Canadian Air Force, a team of Canadian freestyle skiers that was going to introduce a new type of skiing to the mainstream market. The “twin-tip ski”  would allow us to ski backwards — skiing was about to get a major marketing overhaul. By the next season, I’d given up on my mogul career and was pursuing the twin-tip future.

By the late 1990s, I was travelling the world with a host of sponsors, competing at events like the Core Games in Japan, the Molson Canadian Snow Jam Tours, and I even had my own K2 Kahlúa Halfpipe Jam Tour. We travelled North America in Willie Nelson’s old tour bus, setting up demonstrations and contests in  halfpipe at ski resorts across the continent. In the downtime, we tore apart the bus, but never found any leftover Willie Nelson “memorabilia.”

Then, in the winter of 2000, I witnessed the tragic ski accident that took the life of my friend Brett Carlson. I re-evaluated everything. I had no desire to carry on with the sport. But at that summer’s High North Ski Camp in Whistler, B.C., the passionate skier groms (young skiers) rekindled my passion. We began to host the Whistler Open, where the coaches — all pro skiers — judged the campers for a chance to win a pair of skis or a camp hoody.

Winter 2001, I was approached by Freeze Magazine, and events companies like Mountain Sports International, and EPS events, and I began my judging life.

Because freeskiers had broken away from the traditional events and thrown out the rules of the season, we had meetings — lots of meetings — with athletes, event staff, everyone involved, about how the event would run, what the course layout would look like, how timing would work on the day, and of course, how it would be judged.

The goal was to get as much input as possible, digest everything, and create a judging platform we could all move forward with. Meetings with the athletes were very productive because we found common ground.

For example, just because an athlete does the biggest trick in terms of technical difficulty, doesn’t mean it should automatically be scored well. It also has to be executed with style and grace.

Many people were key to this judging movement: Josh Loubek, Steele Spence, J.F. Cusson, Phil Larose, Phil Belanger, Andy Woods, and Evan Raps, to name a few. And whenever we could, we invited injured athletes into our judging booth so they could get a feel for how things went in there and offer criticism.

Feedback was usually positive, however, sometimes we’d hear about the disappointment of an athlete who felt we missed something. And sometimes we had, and we admitted that. We’re striving to be perfect, which is an unobtainable goal. We can only do our best, and that means always working to improve.

Technology in particular has helped improve judging. In the early days, we didn't always have camera angles, so we’d squint through a snowstorm to see whether someone had a tail grab on a jump 300 metres away. Now cameras send us our own judging feed, and we have electronic scoring so we can quickly see the ranking of the event.

The first International Ski Federation (FIS) event we judged was the 2011championships in Deer Valley, Utah. They had set up our booth as a traditional judging booth. To their bewilderment, we instantly rearranged the room. They had installed dividers between each desk so that your neighbour couldn’t see your notes … that’s not how we do it. We sit at a table together, which allows us to communicate and highlight moments of significance during the run. While athletes are skiing in the halfpipe or slope course, we take notes so that as the event continues, and we can use our information to compare runs and properly rank the athlete.

American halfpipe star Simon Dumont was not happy with the scores he received at the 2010 Winter X Games. (Rick Bowmer/The Associated Press)

Which brings me to our philosophy: we rank athletes using a judicial process, which sometimes comes down to a vote. During the training runs at the event, we talk in great detail, figuring out our scoring range. Once the event is underway, if we have a tie, we use our notes and vote on how that tie should be broken.

The athletes understand we’re ranking the competition from first place to last. The score is just a number to help us rank. It’s not one trick or manoeuvre that decides the winner — it’s the whole run.

The most heated judging event I ever participated in was the 2010 Winter X Games in Aspen. I was the head judge, and  the halfpipe was underway. At the time, Simon Dumont was one of the sport’s best and brightest. After the scores went in, we had a tie between Simon and another athlete for a podium spot.

It was voted on, and Simon didn’t receive as many votes as the other athlete. Steele Spence, a U.S. judge, received a lot of negative feedback through text messages, social media, and even arguments in the street.

In the voting booth, Steele strongly voiced that he thought we were making the wrong choice. He fought hard for the other judges to reconsider. They did not, but he never divulged how the vote went down. He was instrumental in creating our judging system and believed in the process.

Retired athletes are allowed to remain involved with the sport by working as a judge. (Photo by Mike Atkinson)

Why do it in the first place? Judging gives retired athletes and those passionate about the sport a chance to stay involved. We want to create a fun, communicative atmosphere, which acts as a platform for the sport to continue to grow upon.

The athletes know the sport best and should be the ones paving the way to the future. The issues judges have aren’t problems — they’re challenges, and some of those challenges might never be solved to everyone’s satisfaction, but we’ll keep tackling them with hard work and dedication.

Who better to help with that than former athletes? We already know we’re not afraid of some hard work.

(Large photos by Getty Images and The Associated Press)